The Genius of John 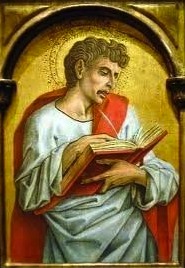 In The Genius of John: A Composition-Critical Commentary on the Fourth Gospel, Peter F. Ellis attempts to identify the author of the fourth gospel. He writes:

Whoever the author of the Fourth Gospel was, one thing is certain: he wanted to remain anonymous. He wanted only to be known as the disciple whom Jesus loved. He speaks about himself in 13:23 as the one who at the Last Supper "was lying close to the breast of Jesus"; in 19:23-26, 35, as the disciple who stood beneath the cross, was given the care of Jesus' mother, and witnessed the death of Jesus; in 20:2-10, as the disciple who ran with Peter to the tomb on Easter morning and, upon seeing the burial cloths, believed; in 21:7, as the disciple who alone recognized the stranger on the shore as Jesus; and in 21:20-23, as the disciple about whom Jesus said to Peter: "If it is my will that he remain until I come, what is that to you?"

What is certain is that the Gospel itself declares the Beloved Disciple to be "the disciple who is bearing witness to these things, and who has written these things..." (21:24).1

How many times have you studied John's gospel and overlooked these details?

1.  Peter F. Ellis, The Genius of John: A Composition-Critical Commentary on the Fourth Gospel [The Liturgical Press; Collegeville, MN; 1985] p. 2
Posted by Epexegesis at 8:36 AM
Email ThisBlogThis!Share to TwitterShare to FacebookShare to Pinterest
Labels: John