To be Katie Lee 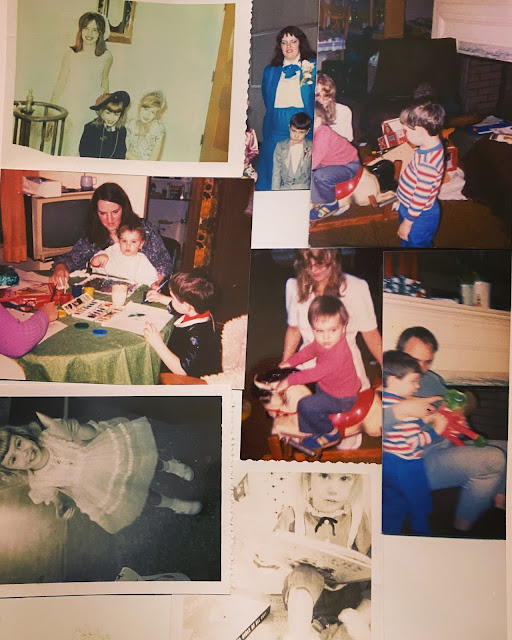 that every box needed a bag

bundled together within more bags

for that burgundy town and country

just to have a home

that you just couldn’t live without

And what advice would you give your Son

now that your sight

and you no longer fear death?

Posted by Epexegesis at 9:53 AM No comments:
Email ThisBlogThis!Share to TwitterShare to FacebookShare to Pinterest
Labels: Poetria 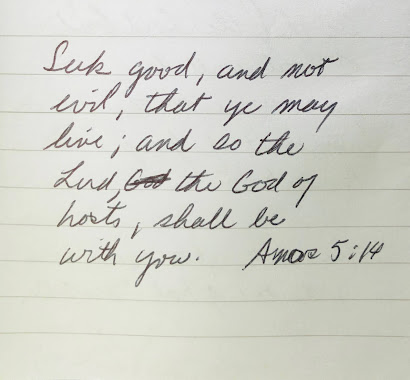 Posted by Epexegesis at 2:53 AM No comments:
Email ThisBlogThis!Share to TwitterShare to FacebookShare to Pinterest
Labels: Epexegesis, Poetria 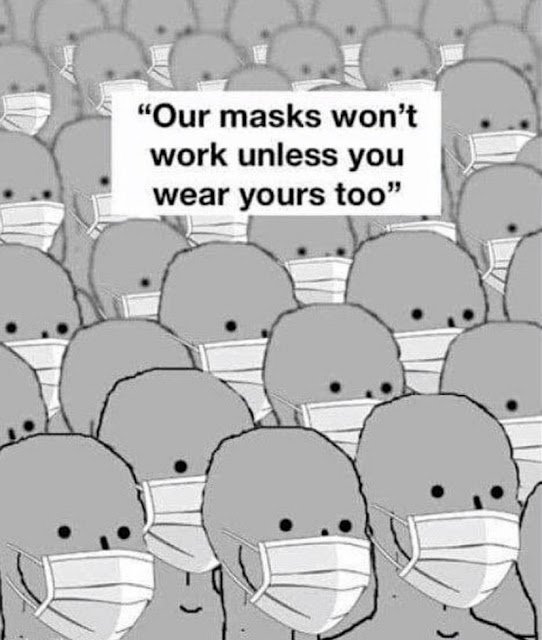 I'm not really into conspiracy theories, but...

I think it's pretty obvious that Trump is desperate

He wants to build his own little empire

and radically change our democracy

He doesn't care about helping us get out of this pandemic

It's like he wants us all to remain trapped and sick, with no return to normal again

If he wanted us out, he'd mandate masks to be worn everywhere at all times

That's the only way to get everything back to normal

Unless there's a vaccine

which won't happen any time soon

because Trump doesn't seem to want one

Instead, he wants that hydrochlorine something-or-other bullshit

which has been proven to cause heart problems

skipping the most essential safety trials

regardless of how sick his vaccine makes people

regardless of how many people are poisoned from his deadly vaccine

regardless of how many lives are ultimately lost

to keep Trump in office

The last four years have proven at least that much

and people don't seem to care

I don't know about you

is because they are too easily entertained

They just believe whatever social media tells them

They don't even watch the news anymore

That's how little they care

Posted by Epexegesis at 9:04 AM No comments:
Email ThisBlogThis!Share to TwitterShare to FacebookShare to Pinterest
Labels: Poetria 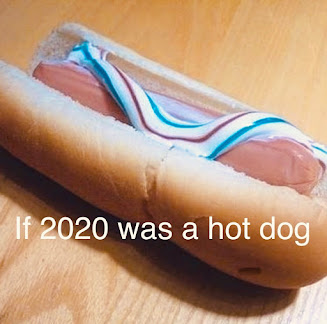 Flip your blinker on

You are a racist

Posted by Epexegesis at 7:14 AM No comments:
Email ThisBlogThis!Share to TwitterShare to FacebookShare to Pinterest
Labels: Epexegesis, Haiku, Poetria 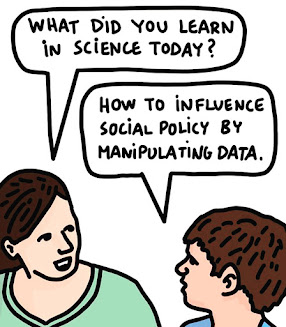 What could happen if we lost faith in It?

How could disease be prevented?

Could there be serious problems?

to explain every how

in order to push

Posted by Epexegesis at 7:05 AM No comments:
Email ThisBlogThis!Share to TwitterShare to FacebookShare to Pinterest 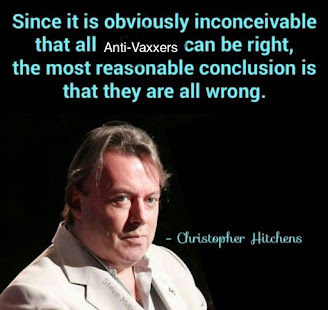 In case you missed it, Part One in this series of posts can be found here.
In this post I will be sharing a different video to illustrate why Black Lives Matter. To be extremely specific, Black Lives Matter 363% more than white lives. Watch the video below to understand why.
Below is a single, continuous 9 minute video presentation chopped into three sequential videos. Due to the large file size, I needed to chop it up into three parts in order to upload it to this page.
Here is the first third:
Here is the second third:
Here is the final third:
Posted by Epexegesis at 8:39 PM No comments:
Email ThisBlogThis!Share to TwitterShare to FacebookShare to Pinterest 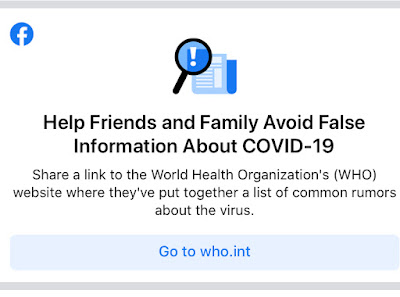 Increasing objections to WHO policies has led Facebook to carefully monitor individuals and organizations who promote a different doctrine than what has been authorized by world health experts. For the most part, Facebook has not promoted physical resistance, but simply wants to ensure that organizational doctrine remains intact.

However, Facebook has teamed with the WHO to suppress any source of ideology other than their own, and has set out to muzzle or crush the leading voices of opposition in the so-called kirchenkampf. When leaders voice their misgivings about controversial programs advocated by WHO, like vaccinations, alternative treatments for disease, or racial policies, Facebook intimates that such voices ought to be considered dangerous to the health of the community. Facebook even conspires with the World Health Organization to encourage members of the community to copy and share links, posted by their opposition, to the WHO website where they have composed a list of common rumors.


To learn more about this strategy, check out the section labeled “suppression of resistance” here.

Posted by Epexegesis at 1:07 PM No comments:
Email ThisBlogThis!Share to TwitterShare to FacebookShare to Pinterest
Labels: Epexegesis

That's what they said 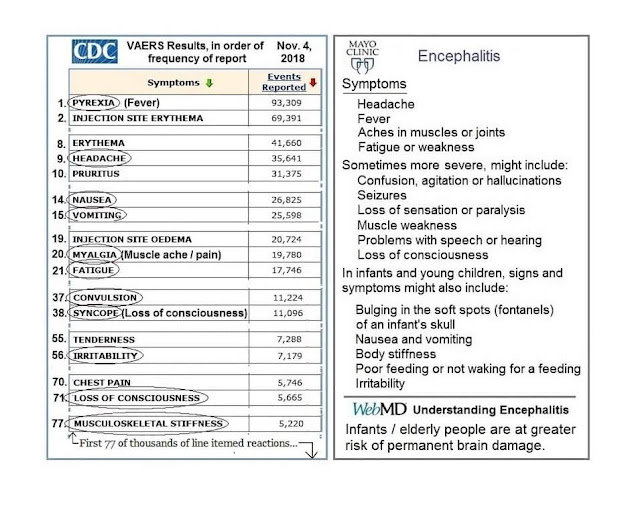 Pyrexia frequented the most
Throbbing the cranium in half the volume
Nausea and upchuck are common events
They said
Just give them lots of fluids and rest
Don't be surprised by minor myalgia and fatigue
There could possibly be some irritability, too
If things don't look better after two days
We'll get some antibiotics
They said
What about her convulsion after a couple days?
They said
Yes, that's definitely something we are concerned about
It's likely unrelated to the well visit
Most events of that nature are coincidences
Where there is some minor correlation
It's often related to some kind of unknown susceptibility
They said
He froze up like an ice cube
And blacked out like an adult punched her
And all the experts rationalized away their cares