Rules in a real world 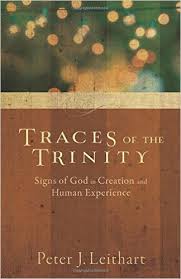 Below is an intriguing excerpt about ethics from Peter Leithart's latest book, Traces of the Trinity: Signs of God in Creation and Human Experience:


We apply rules differently from situation to situation, and we don’t really know how a rule works or which rule to use unless we know the variations. You don’t even know which rule to use unless you have examined the facts. “Love your enemies,” Jesus said. To apply that, we need to identify our enemies. “Love your neighbor as yourself,” Jesus said, quoting Leviticus. And the lawyer’s response was a reasonable one: “Who is my neighbor?” “Don’t covet your neighbor’s wife or his house or his cattle,” Yahweh thundered from Sinai, but you need to see a marriage certificate and a bill of sale to know what woman, house, and cattle are off-limits. You can’t even use a rule unless you know something about the situation, since rules always have to be applied to a real world that is always in the form of a particular situation.
Rules cannot be followed without attention to situations, and the effort to sidestep situations is ultimately unethical. It’s another version of the attempt to escape time and change that we’ve seen before.
On the other hand, you can’t abandon rules and reduce ethics to situations either. Situational ethics is incoherent.

Master: Always conform to the situation
Disciple: Is that an absolute command?
Master: How 'bout those Seahawks?

Worse, a purely situational ethics is ultimately unethical. Are we faithful only when situations demand faithfulness, or is faithfulness a trans-situational virtue? Asked whether rape might be legitimate under certain circumstances, no one will seriously answer, “Yes, of course. There are times when rape is the ethical course.” If anyone does say that, you can be morally certain he is a philosophy professor, that he lives a highly protected life in the academy, and that he would have a very different reaction if the rape victim were his daughter or his wife.
Right dispositions are just as necessary. Doing the right thing for the wrong reasons is wrong because goals and motives determine what kind of action an action is. Taking care of an old lady out of greed for her inheritance is not an act of kindness, or even an act of kindness with a patina of disquieting immorality. It’s a different sort of act entirely, an act of avarice. Conforming to the prescriptions of a religious ritual without real devotion to God is not worship but hypocrisy, a vice condemned by ancient Jews like Isaiah and Jesus, by Christians like Aquinas and Calvin, by the Buddha, Muhammad, and Hindu sages through the ages. Evil dispositions make an act evil, but good dispositions don’t by themselves make an act ethical. We might pity the whore with the heart of gold, but the category of “well-meaning rapist” doesn’t make any ethical sense.
So, the only way to be ethical or think ethically about ethics is to juggle all of these factors, to keep all the balls in the air all the time. And here we glimpse again the pattern we’ve encountered throughout this essay, the pattern of mutual indwelling, operating at the level of theory: ethical concepts and ethical authorities have to indwell each other to be truly ethical. If we extract rules from the intricacies of situations and the motivating power of dispositions, the rules are useless. If we siphon off situations from rules and dispositions, we will find ourselves justifying horrors. If we reduce ethics to dispositions, we can defend any action, so long as one’s heart is in the right place.
Each has to be defined by the other. Rules apply to situations, and we conform to rules only when our motives and goals are right. Situations need to be seen in the light of ethical rules, since rules are part of the situation we’re in. We can make sense of our ethical dispositions only when they attend to rules and remain attentive to situations. These three are one, because each is a home for the others; each makes its home in each. Unless each dwells in each, we don’t have ethics at all. Ethics is constituted by the mutual indwelling of rules, real-life situations, and virtuous dispositions. When we inquire into the “ontology” of ethics, in other words, we find at a conceptual level the same pattern we found when exploring the world outside our heads. We discover the contours of mutual habitation. Since we’re talking ethics, though, the “is” becomes a “must”: ethics is a study of dispositions, rules, and situations. Ethics also must be such, or it ceases to be ethical.