DBH That All Shall Be Saved: Another Heretical Review 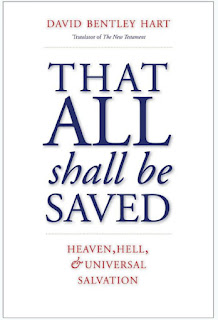 A few days ago I had a crazy idea. I wanted to spend roughly two minutes thumbing in a review of David Bentley Hart's latest (theological) book, That All Shall Be Saved. (I say this because he released a delightful children's book shortly after its release.) My review is nothing special. Although, admittedly, I'm the only person I know of in the cosmos whose basic disagreements with DBH, where found (which are not many), are slightly endorsed, albeit in a cheeky way, by himself in the book, and yet simultaneously and bombastically denounced within the same pages.

Perhaps, when all of the ridiculous invectives against Hart and the unapologetically childish cries  about the "heresy" of Apokatastasis across social media become a faded memory over the next year, I will muster enough energy to write a detailed, chapter by chapter response, showing that my own heretical critique is actually as reasonable, if not more so, than Hart's.

But for now, this brief review will have to do.


Posted by Epexegesis at 9:27 AM No comments:
Email ThisBlogThis!Share to TwitterShare to FacebookShare to Pinterest
Labels: Book Reviews, Epexegesis 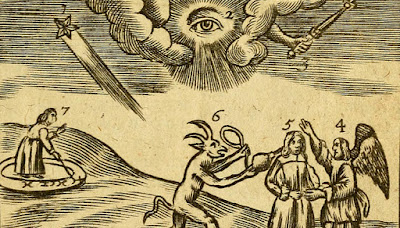 Posted by Epexegesis at 7:07 AM No comments:
Email ThisBlogThis!Share to TwitterShare to FacebookShare to Pinterest
Labels: Epexegesis, Miscellanea, Poetria 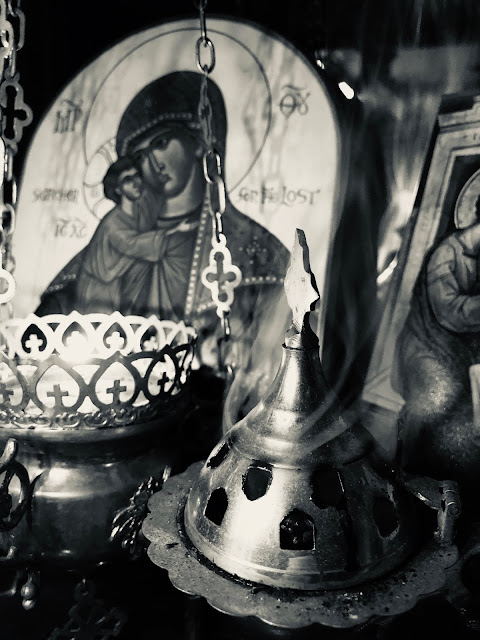 Posted by Epexegesis at 3:31 PM No comments:
Email ThisBlogThis!Share to TwitterShare to FacebookShare to Pinterest
Labels: Epexegesis

Thank you for listening to her sincerely
Thank you for leading her to my door, a half-mile away
I really appreciate your thoughtfulness

It can be any day
In any room
At any time

Blue Moon
Standing alone
With the love of my own

Just one dance
That first dance
Between us all

I really appreciate your thoughtfulness

Posted by Epexegesis at 5:14 PM No comments:
Email ThisBlogThis!Share to TwitterShare to FacebookShare to Pinterest
Labels: Epexegesis, Ethics, Miscellanea, Poetria 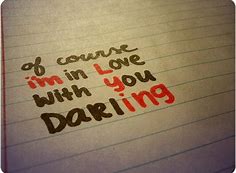 
Posted by Epexegesis at 4:58 AM No comments:
Email ThisBlogThis!Share to TwitterShare to FacebookShare to Pinterest
Labels: Epexegesis, Ethics, Familias, Miscellanea 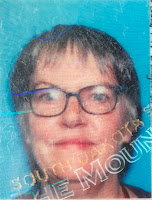 All day I played Wings Part Two on repeat
I didn’t want to hear anything else
Just tears poured out whenever I imagined
You were the light and the way they only read about
I didn’t start the day expecting it to become this way
I left the post office and opened your purse
I hadn’t seen your face since I was nineteen
And now all I could see was your smile
I wish I had seen it in person since then
I remember it, but from too long ago
I wish I had just one more glance
Or better yet, one hug and kiss
And one for Alison, my angel, too 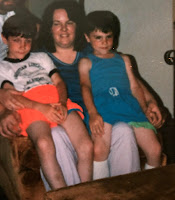 And one for Jadon, Eden, and Gaius
Or better yet, to spend a whole day with all of us together
To welcome you into my own home
To share a meal or two together
To hear your voice resound
To gaze at your smile next to me
To even cry together
I’m sure there would have been lots of tears
I would have been there holding you in my arms
But I wasn’t ever given that chance
A son can dream, can’t he?
I miss you so much

And yet I don’t even know the you in the driver’s license
Other than what my teenage self last recollected
I’m so happy to have received your little notebook though
I immediately recalled your distinctive cursive handwriting
It didn’t change a bit over the last two decades
Maybe my strong opinions about cursive need to change
And your faith in the Lord didn’t change either
I can imagine a certain someone still asking, “What faith?”
Forget about him
His faith only has a dozen followers
But yours has the hosts of heaven
“Woe unto you that desire the day of the Lord
To what end is it for you?
The day of the Lord is darkness, and not light

Read verses twenty one and twenty two
God himself is saying these verses!”
I didn’t want to read anything else
Just tears poured out whenever I considered
You were the light and the way they only read about
I couldn’t leave the post office
I stayed parked far beyond my fifteen minute sign limit
Just weeping and praying
More weeping than praying though
Eventually I went to work and didn’t accomplish much
Because I was thinking about your smile and your cursive notes
What an incredible sight to behold

Such a sincere and childlike faith
Not even the most severe tempests of life could loosen your grip
“Hate the evil, and love the good
And establish judgment in the gate
It may be that the Lord God of hosts will be gracious unto the remnant of Joseph
The prudent shall keep silence in that time
For it is an evil time”
You held on to the very end through an evil time
Which began when he divorced you for another
I wasn’t in a good place to know any better at that time
So please forgive me
And recovery without you was much needed

But now that nearly two decades have passed
All I could recall from him was the mantra
You were to blame, not him
You ruined everything
He needed a secretary
You were demon possessed
You were the problem
He needed a virtuous wife and never had one
You abandoned him
You were not merely ill
Because illness wasn’t a just enough ground for him
Yet from what the Sheriff mentioned over the phone
According to others in Aberdeen, you were still known to be mentally ill
And in ways just like I remember you being
But that simple, sincere smile of yours still catches me off guard
And your handwritten notes still overwhelm me
You remained filled with the faith of a child all these years
“Seek good, and not evil, that ye may live
And so the Lord the God of hosts shall be with you”
Yet I had no way of knowing this sincere faith of yours all these years
Because you were nowhere to be found
You were remembered as the self proclaimed victim and martyr, abandoned and unloved
And no one taught us how to consider some validity to that
Tears just pour out because I now realize
You were the light and the way they only read about