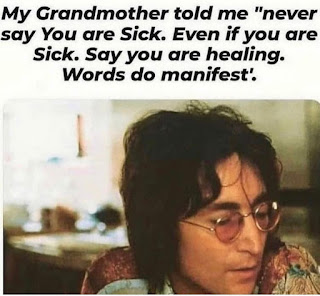 I sit in its seat.

The brown weaves crackle below me.

The process begins, and this cold concrete doesn’t offer me advice,

At least there are no more flies

nagging my ankles and forearms with questions.

I now bite myself with questions

to see if dead men do bleed after all.

How can there be reconciliation without metamorphoses?

How can there be a ‘we’ again without transfiguration?

The last ten years of those have been boring,

showing that they never knew how to care

beyond patriotic duties and civil niceties.

I would have preferred anything really attentive instead.

But I avoid much of it now.

the punts away from guilt and pity

There’s no interest in exploring or learning.

It doesn't even matter if the grass is greener on their side.

All that matters is that there is true grass on their side.

Yet I still see weeds.

I also see unnecessary hours of mowing and money on fuel pissed away.

They’re all experts before the conversation begins, too.

They only unveil one goal, even if other offers lie beneath.

Blame the student and give him a bright red dunce cap as a gift.

They think they know because they presuppose

and can read minds.

They keep their distance, too.

and barely is a kind description.

Let’s presume he’s really evil or foolish or both.

Some sugar coat morsels with justification and predestination

as though those mysteries encompass and satisfy life’s queries.

Others just pounce with feelings and peacemealing.

Others with just law.

They don’t read between the lines, beyond shakespearean wherefores.

They prooftext tropes and demolish idols.

When a boiling point is reached, they ask vagaries.

’What’s your problem?', as though there’s a missing key

withheld from them with childish cruelty.

To even share a problem is to implicate one’s self as the problem,

And to claim to have no key is to deceive.

Will they even allow one to be offered?

Then more blame will return to the sender.

Did you vow to love through sickness and health?

I can hear their squeals now—She did it first!

In what ways do you think you failed us?

I hear ignorance and deflection masquerading as principled profundity.

Now is not the time to spring this on us, as though we keep a record of such things.

So then, forget about the years when we were too young to understand.

Do you remember any ways you failed us as adults?

It’s either a rhythmic chirping or blame shifting

like none of that matters. But it’s a sound nonetheless

—the sound of having moved on.

Yes, some mistakes were made. Some.

Let’s not talk about those now.

None were serious enough to warrant disdain now.

Let’s all acknowledge it superficially and shout that from mountaintops

so we can all move on and not relive the past.

and I still I don’t like or want that.

And I don’t want their grandchildren to endure that either.

I could have that with anyone.

I could even find parts at Walmart to fix it.

What we need is more valuable and difficult to mine.

Remarkably, I have found a path toward it now.

I drove around its buildings and sidewalks.

I parked on its roads and played across its playground.

I walked its yellow brick road.

I visited the apartment it lived in.

I dined with its shepherd.

I visited its library and perused the books it borrowed.

I sat in the seat it died in and noticed the trees it sang about.

I noticed the light it saw shining down from the one who reigns above.

But they won’t talk with me about any of that.

It remains dead to them while remaining very alive to me.

They imagine this new love erupting in order to hurt them.

Yet the truth is actually much more helpful.

It offers me vulnerability and honesty

—a life worth learning and exploring

What they offer is utterly replaceable.

Posted by Epexegesis at 12:11 PM No comments:
Email ThisBlogThis!Share to TwitterShare to FacebookShare to Pinterest
Labels: Epexegesis, Poetria

Quit posting about your mom

We’ve all moved on

If you need closure

But please, not on a social site

I hear a lot of attack

You were not there

Her notes are purely subjective

You were way too young to understand

She was sick and homeless

She could have picked herself up by her own bootstraps

She could have lived off government assistance

She refused help from us

She doesn’t get a free get-out-of-jail card

I don’t care how sick or homeless she was

No amount of help would have been enough for her

I can’t let you beat up your dad so badly

And to not allow your kids to know him is hurtful

Why haven’t you reached out to him?

Who knows how long he’ll be around

We are family damnit

We tried to help her

We tried to get her help

We then refused to enable her illness

If she would have accepted help

She would not have been homeless and died alone

That was her choice

I’m not being mean; I’m just being real

Posted by Epexegesis at 8:25 PM No comments:
Email ThisBlogThis!Share to TwitterShare to FacebookShare to Pinterest
Labels: Epexegesis 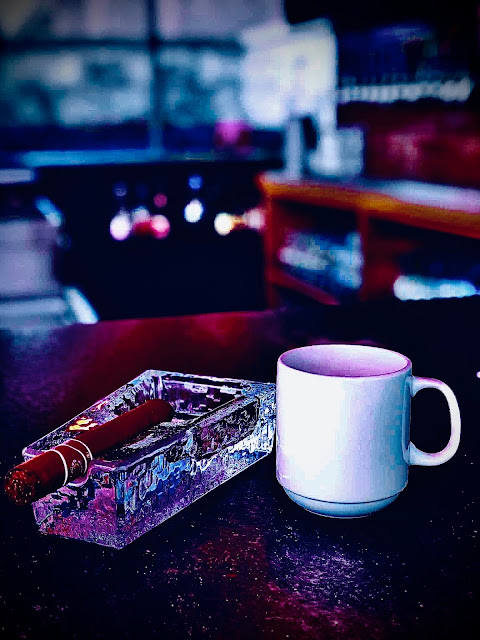 A coffee and cigar for Saturday

Vacations with your civil war mistress

As dapper and pinteresty as can be modeled

With briar in hand and that leather satchel on display

So nuanced, yet eager to pounce with repulsive cruelty

With centuries of studies and feigning at your fingertips

Backing up each meme with sycophantic emojis

Labeling and laughing at innocent victims and their paraclete

With your nursing confidence and phone in hand

Ready to justify what poisons, cripples, and slays to save

Posted by Epexegesis at 7:32 PM No comments:
Email ThisBlogThis!Share to TwitterShare to FacebookShare to Pinterest
Labels: Epexegesis, Poetria

I cry for them daily

Words I never imagined before this year

Blotting the ink, piercing each page

You were right all along

He made things difficult for you, as recompense for holding back his calling

He got the secretary he always needed, and dumped you like Judas

He also poisoned us with his bitter root, like the Judaizers

Once you were cut off you were dead to him

All your tears dried up by his subtlety

Never to be seen by us again, until you were raised

And here I am now, with your scriptures denouncing his sacred cow

Wishing you cried with us daily

Posted by Epexegesis at 6:33 PM No comments:
Email ThisBlogThis!Share to TwitterShare to FacebookShare to Pinterest
Labels: Epexegesis, Poetria

I see your demands

Snowflakes, all of them

You see me cold, frozen

You see us close together as a door and knob

You are now open, and I shut

I see you prophesy my motives

It’s going to hurt him, and you know it

You see her open our door

I see and welcome her

You see her and shut our door

I see her motives

It’s to heal from the hurt, and I know it

You see her pains, her fears, her hopes, her vices

I open, you shut

I see your priorities

You see me assuming I know everything

I see your apologies

These, too, are seasonal

Asking for a friend 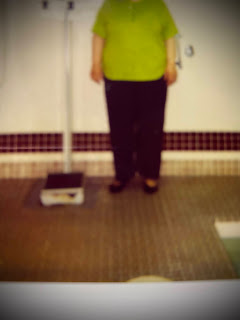 I have seen thee.

I have seen the Father.

As much as I have seen my own mother, have I also seen thine?

Posted by Epexegesis at 6:51 PM No comments:
Email ThisBlogThis!Share to TwitterShare to FacebookShare to Pinterest
Labels: Epexegesis, Poetria 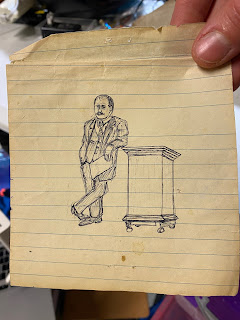 Is not Alexander his name?

And a coppersmith his trade?

No, sayeth one of the Annointed's apostles

Such is the record of another man

yet this one did as much evil nonetheless

and hath received rewards according to his works

for he hath greatly withstood our words

Be thou ware of him

imagining one’s self to be a new Moses

supposing his brethren would understand

that God would deliver by his hand

But they understood not

while he gloried in imprecations

Becoming a terror to good works

he destroyed the image of God

and established a rival of divine justice

He knew that no man hath greater love

than when his life is laid down for his friends

So he condemned her as no friend

and framed her as God’s enemy

He justified his own and stopped caring for hers

as though God hath rewarded his equity

If she suffered from wrong, it was no longer by him

for he was no longer called to help her through suffering

having suffered much already

His calling now was to smite pharaohs, not keep covenants

Wilt thou ever interrogate thy self O Adam?

What inhabits thy mind now?

What kind of soul dost thou have now?

The soul of a predator or its prey?

Answer the call of accountability preached by thee

Frame no more mischief with law or its grace

Posted by Epexegesis at 4:31 PM No comments:
Email ThisBlogThis!Share to TwitterShare to FacebookShare to Pinterest
Labels: Epexegesis, Poetria

You were there growing up with us, when we both seemed dead

You dragged me, effectually, as the puritans would say

But her…You towed her away

I now study her scriptures and ask, How did you survive?

Why did you survive?

I was given so much after everything fell apart

You had so much taken away that never returned

You abandoned us, perhaps, for a summer

But we abandoned you and cut you off like cancer

And we never returned

But you did return

Thank you for returning

And please, thank him for returning you to me

Such intercessions tow me closer in proximity to him

Posted by Epexegesis at 5:04 AM No comments:
Email ThisBlogThis!Share to TwitterShare to FacebookShare to Pinterest
Labels: Epexegesis, Poetria 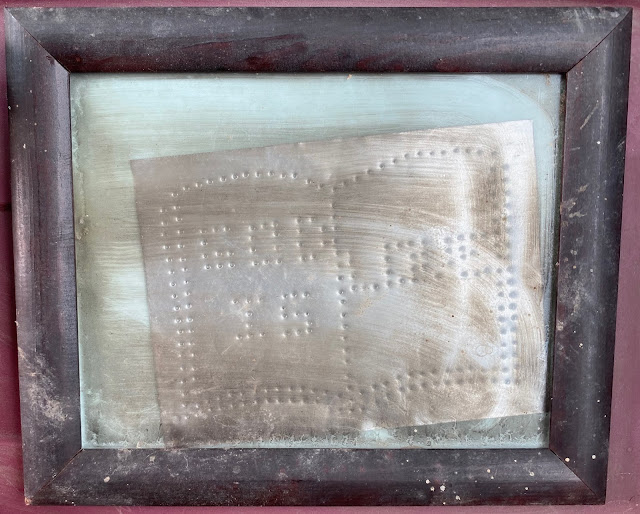 The clock ticks with his voice

Nothing is said, but he calls us

Outside of time, the virtual aristocracy opines

Within time and above it, according to mumbles within armchairs

These are the kinds of games nintendo can’t fathom

And as the clock ticks, I hear little feet offer their cadence above

Little animals playing in his zoo

All will wither and fade as the food they consume

Some will be deified and—hopefully—become zookeepers

I hear them dropping thingamabobs on the firmament above, as the clock ticks with his voice