Better to marry than to burn 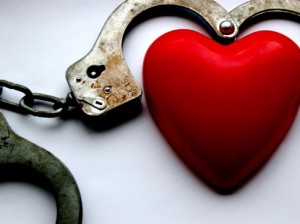 In context, Paul is referring to those people in Corinth who are doing the same sorts of things as some of the married couples in verses 1-7 are tempted to do, i.e. indulging in sexual immorality.

And as Fee also points out, the formation of clubs which associated with and indulged in cultic prostitution is but one example of a very common sin throughout Corinthian culture, and Paul alludes to that association two other times in this first epistle to the Corinthians. The antidote for such deeply rooted  sinful practices, Paul says, is marriage. Fee notes carefully:

In this case, then, Paul is not so much offering marriage as the remedy for sexual desire of 'enflamed youth,' which is the most common way of viewing the text, but as the proper alternative for those who are already consumed by that desire and are sinning.

Leon Morris's comments are in complete agreement with Fee. Commenting on verse 9, he writes:

But this depends on their having the gift of continence. If God has not given them this gift, they should marry (a command, not a permission), for it is better to marry than to burn. NIV adds with passion, which yields a good sense and may well be right. But the verb could be understood of burning in Gehenna, and this is supported by the fact that there is no cannot in the original; the Greek means 'if they are not living continently.' Paul has recently said that the sexually immoral will not inherit the kingdom of God (6:9-10).2

Archibald Robertson comments on the meaning conveyed by the active/middle voice of this verb which Paul uses here for "exercising self-control". He writes:

What is meant by this failure to have power over themselves is partly explained by εγκρατευονται (present tense in both verbs). A prolonged and painful struggle seems to be intended, a condition quite fatal to spiritual peace and growth.3

Because of work or because of arranged marriages, Romans frequently looked outside the home for pleasure and for much else that we would associate with home and family. ...A good deal of this background information comes into play in 1 Corinthians 7 because of the household setting of the ekklesia.4

He concludes with these remarks:

The repeated theme of sexual passion or misconduct and, in response, Paul's stress on self-control (cf. vv 2, 5, 9, 36, 37) probably tells us more about the problems in Corinth than about Paul's view of the purposes of marriage.5

And finally, the comments of Charles Hodge are succinct concerning the importance of interpreting these statements within a first century Corinthian context. Commenting on verses 9 & 10, he writes:

If these verses and others of like import, are to be understood of men generally, and not of men in the peculiar circumstances of the early Christians, then it must be admitted that Paul depreciates marriage, and that he represents it as scarcely having any higher end than the sexual intercourse of brutes. This cannot be his meaning; not only because it is contrary to Scripture, but also because Paul elsewhere, Eph. 5:22-33, represents marriage as a most ennobling spiritual union. ...This must therefore be borne in mind in the interpretation of this whole chapter.6

Posted by Epexegesis at 9:56 AM
Email ThisBlogThis!Share to TwitterShare to FacebookShare to Pinterest
Labels: Biblical Interpretation, Ethics, I Corinthians