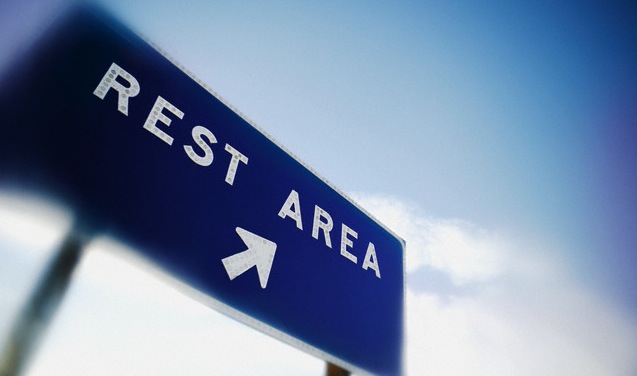 
At that time Jesus declared, “I thank you, Father, Lord of heaven and earth, that you have hidden these things from the wise and understanding and revealed them to little children; yes, Father, for such was your gracious will. All things have been handed over to me by my Father, and no one really1 knows the Son except the Father, and no one really2 knows the Father except the Son and anyone to whom the Son chooses to reveal him. Come to me, all who labor and are burdened, and I will give you rest. Take my yoke upon you, and learn from me, for I am gentle and lowly in heart, and you will find rest for your souls. For my yoke is easy, and my burden is light.”

While he was still talking to the multitudes, behold!, his mother and brothers stood outside, seeking to speak to Him. Then one said to Him: “Behold! Your mother and your brothers are standing outside, seeking to speak to you.”3 And he answered and told the one who said that to Him: “Who is my mother? And who are my brothers?” And stretching out his hand over his disciples, he said: “Behold! My mother and my brothers! For whoever does the will of my Father in heaven is my brother and sister and mother.”

Keep in mind that in section C (Matt. 11:25-30), Matthew is writing the narrative as though all these things were occurring en route. Jesus is first confronted by messengers from John the Baptist. Then Jesus turns to the crowds, informing them about the prophetic relationship between his ministry and John's (seen here and here). Then he began to pronounce judgment upon the cities in which his mighty works had been done, but did not repent (as seen here). Now Matthew says, "At that time" Jesus began to "declare" the marvelous wonder of the Father's relationship with his "little children."

It might seem strange that Jesus thanks his Father in heaven for hiding the revelation of soon-coming judgment upon the land from "the wise" and "the understanding." But this really isn't strange if you stop and think about the 1st century historical context for a few moments. The Father's plan is to "hand over all things" to His Son, Jesus (11:27). The language of "handing over" refers to an inheritance, and Jesus is promised an inheritance of "all things." Nothing is excluded from Jesus' inheritance. The world is his and the fullness thereof; and his Father in heaven has already handed it over to him. But by handing all things over to Jesus, the "wise" and "understanding" rulers of Israel can't claim an inheritance without him. And without him, there is no inheritance with the Father's family. That's a problem for them, not him. The scribes and Pharisees already have their own traditions concerning inheritance. They have man-made laws about who does and does not inherit the kingdom of God, and one of the many problems they have is that their traditions exclude all who are unclean, even those who fellowship with tax collectors and "sinners," as seen earlier in Matthew's Gospel. Jesus is one of those men who does so (11:19). He also refuses to dance to their tunes, and fast according to their arbitrary rules. Sadly, the people of Israel were taught to stake their claim on the Father's promised inheritance by trusting in the "wise" traditions of their earthly fathers. What they should have trusted in was Jesus himself, Wisdom incarnate. Instead of seeking first the kingdom of the scribes and Pharisees and their understanding, they should have been seeking first the kingdom of God and his righteousness.

Here we see the Son of God visiting the people of Israel, telling them to stake their claim of inheritance in him, but as we see from Jesus' proclamation, not every Israelite does. Some Israelites can't see because the Father has hidden true wisdom from their eyes and ears. But wisdom is there before their very eyes, telling them of soon-coming judgment. Wisdom tells them to stake their claim of inheritance in him and not in the land of Israel, because he's the one in whom the Father's promised inheritance rests; he's the true Israel. The people can claim that they know the Father through their traditions, but no one in Israel really knows the Father except the Son and anyone to whom the Son chooses to reveal Him. That's a big problem for those who see Jesus' mighty deeds and will not repent of their blasphemy against His Holy Spirit (12:31-32). Nevertheless the Father, according to His gracious will, has revealed the gospel of his Son's kingship and kingdom to little children. It's not as though God has hidden this from everyone. Instead, what we see here is God doing what He has always done.


At this time, Israel has Wisdom-personified before their very eyes, but they don't want Wisdom. They want to be seen as the "wise" and "understanding" ones of Israel. They are wise in their own eyes. At no other time in Israel's history did Wisdom cry out to them so loud and clear:


Wisdom calls aloud outside;  She raises her voice in the open squares. She cries out in the chief concourses.  At the openings of the gates in the city  She speaks her words: “How long, you simple ones, will you love simplicity?  For scorners delight in their scorning,  and fools hate knowledge. Turn at my rebuke;  Surely I will pour out my spirit on you;  I will make my words known to you. Because I have called and you refused,  I have stretched out my hand and no one regarded; because you disdained all my counsel and would have none of my rebuke, I also will laugh at your calamity;  I will mock when your terror comes. When your terror comes like a storm,  and your destruction comes like a whirlwind;  when distress and anguish come upon you, then they will call on me, but I will not answer.  They will seek me diligently, but they will not find me. Because they hated knowledge  and did not choose the fear of the Lord, they would have none of my counsel  and despised my every rebuke, therefore they shall eat the fruit of their own way  and be filled to the full with their own fancies. For the turning away of the simple will slay them,  and the complacency of fools will destroy them; But whoever listens to me will dwell safely,  and will be secure, without fear of evil.4

This promise of terror and destruction upon those who reject Wisdom is exactly what Jesus described prior to this (here and here). But nonetheless, Wisdom still continues to cry out, "Come to me!" Again, to all those who "labor and are burdened" by the yoke which the scribes and Pharisees placed upon them, Wisdom stretches out his hand of succor, saying "I will give you rest," if only you come to me.

More than that, Jesus offers his people something which no scribes and Pharisees ever offered: to carry a yoke with his disciples.5 "Take my yoke upon you," Wisdom says, "...and you will find rest for your souls." Jesus visits his people and offers them the inheritance of their heavenly Father, even offering to carry their burdens along with them, but the scornful scribes and Pharisees delight in their scorning against this offer, and their foolish hearts hate the knowledge of this God. Only the little children of Israel, a new generation of children in the land, receive Wisdom and turn at His rebuke. Only the little children fear the warnings of their Father and put their trust in Him. It is to these little children which the Father has revealed his warnings upon the land and his promises of dwelling safely therein.

But who are these "little children"?


And stretching out his hand over his disciples, he said: “Behold! My mother and my brothers! For whoever does the will of my Father in heaven is my brother and sister and mother.


1.  The Greek word used here is epiginosko, which combines the standard verb "to know" (ginosko) with the prefix epi, which is a preposition denoting that the Son coincides with the Father and vice versa.
2.  Ibid.
3.  I do not accept the omission of some modern translations (like the ESV) which delete verse 12:47, which says: 'Then one said to Him: “Behold! Your mother and your brothers are standing outside, seeking to speak to you."' Not only do the majority of manuscripts include verse 47, but I believe verse 47 is necessary for the structure and sense of the following verses. This omission, which is only contained in a few manuscripts, was likely done by copyists out of an error of sight called parablepsis (a wandering of the eye to the side of a line), accompanied by another error of the eye known as homoeoteleuton (a similar ending of lines). Both lines of verses 46 and 47 end with a similar phrase and identical last word which can easily be omitted by errors of the eye: zetountes auto lalesai (v.46) and zetountes soi lalesai (v. 47).
4.  Proverbs 1:20-33
5.  "Jewish teachers commonly spoke of the yoke of the Torah and the yoke of the commandments. But no Jewish teacher ever told another: Take up my yoke. This, however, is precisely what Jesus does. He is, therefore, playing not only the part of Wisdom but also the part of Torah; or, rather, he is Wisdom, he is Torah. How very significant this is should not be missed." -- Davies and Allison, International Critical Commentary, Volume II: Matthew 8-18 [New York, NY: T&T Clark Ltd, 1991] p. 289


Posted by Epexegesis at 5:35 AM
Email ThisBlogThis!Share to TwitterShare to FacebookShare to Pinterest
Labels: Biblical Interpretation, Literary Structure, Matthew