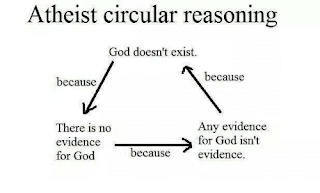 At approximately 11pm on December 16th, 2017, Mike Danker (who, according to his public Facebook profile, lives in Hudson Ohio) recently made these comments about me (typos and all) on a public atheist Facebook page:

Wonder if he knows the difference between formal and informal fallacies
Almost lost it laughing when he said circular reasoning isnt always fallacious. Its a fomal fallacy, not an informal one.
He talks shit about how the modern common apologists answer these questions meanwhile his response to the problem of evil is the standard C.S. Lewis response by attacking the atheist's views on morality as a redherring instead of responding
Over and over again its like if you were to ask a theorhetical someone how they know dungeons and dragons isnt just a game and they respond by saying "if only you knew the rules on dungeons and dragons clearer youd realize its not just a game" like, the rules arent all that relevant to whether or not its a game
Also "if you dont understand my views because theyre inadequetely explained youre strawmanning me" was annoying

Consider the following post to be my initial response to Mike, even though I doubt he will ever come across this response of mine.

First of all, there is no need to wonder, Mike. I do know the difference between formal and informal fallacies. I also know the difference between the kind of circular reasoning which is fallacious and the kind of circular reasoning which is absolutely necessary for reason itself to exist and be utilized by rational beings. That logical distinction is not one that you seem to be aware of, though. And since you aren’t aware, please allow me to illustrate what I meant at the time I made those claims (which, interestingly, neither time or opportunity was granted to me by David Smalley at the time those comments of mine, which you are criticizing, were made).

If someone—whether a theist or an atheist—claims that circular reasoning is always fallacious, and I was to ask why, the response would likely be some kind of appeal to “logic.” No matter what response occurs, as long as "logic" or "laws of logic" are being appealed to, inferred, or implied, that is the only thing needed to proceed. After all, any claim about "fallacious" reasoning presupposes the laws of logic (i.e. thought) in which the information conveyed can be considered "logical" or "illogical" at all. So when it is claimed, as Mike did, that a “fallacy” always occurs when an argument is circular, that is the same thing (logically, at least) as saying that a circular argument is always “invalid.” Let’s break this down though, because, as someone who has taught a course on critical thinking (using Copi’s Symbolic Logic) in the past, I suspect that Mike doesn’t realize that circular reasoning is involved within that very claim of his is, which means that if his claim is true (which I think is a necessary absurdity) then his claim, according to his own arbitrary definition, is itself fallacious. Of course, he wouldn't appreciate that at all, so I will attempt to free him from this embarrassing and unnecessary faux pas.

So then, on one hand, the claim is made that “circular reasoning” is always fallacious. It can only be fallacious if laws of logic (i.e. thought) exist. Once a second claim is made that he (or anyone) can identify circular reasoning in action, then the conclusion can be drawn that laws of logic (i.e. thought) exist. But that very syllogism (which is a formal fallacy, Mike) presupposes laws of logic in order to even claim that they exist and are being used. In every one of such instances where the laws of logic are appealed to, inferred, or implied for an opponent's reasoning to be "fallacious," one cannot help but reason circularly (either formally or informally).

As noted above with the chain of reasoning about utilizing laws of logic, the conclusion (that laws of logic must exist) must be presupposed at the outset by anyone participating in the discussion. As such, the argument is perfectly reasonable, and valid, but is subtly circular. It’s also absolutely unavoidable in this case, even though all parties involved in the discussion have tacitly presupposed they were trying to prove. We must, therefore, use laws of logic to prove anything as valid or invalid, even the existence of laws of logic.

As a side note to Mike, the argument on display above was also utilizing a variation (although the same general format) of another law of logic, in order to prove that there are laws of logic. That law is known as modus tollens, and it also happens to be one of the first laws one ever learns when studying the laws of logic. You might want to learn the basics of logic if you'd like to interact with me about circular reasoning.

Every time I find someone accused of “fallacious circular reasoning”—whether its by a theist or an atheist—I pause and reflect upon the actual argument being used, attempting to see the actual circularity involved, and to decipher whether or not the premises are arbitrary. For someone to mock me (publicly, by the way) and deflect (public) attention away from what the laws of logic actually teach us, and to simply dismiss what I said about circular reasoning as not always being fallacious (which, in Mike's case, was illustrated with laughter), is an audaciously naive response, and one I hope is recanted before infecting others with one's own arbitrary circular reasoning.

Now comes the million dollar question: Between David Smalley and I (or Mike, I guess, could also be included), which person's view of the world and the nature of reality can justify the existence of universal, unchanging, and immaterial entities such as the laws of logic?

Posted by Epexegesis at 1:57 PM
Email ThisBlogThis!Share to TwitterShare to FacebookShare to Pinterest
Labels: Epexegesis, Miscellanea