The Angel of the Covenant 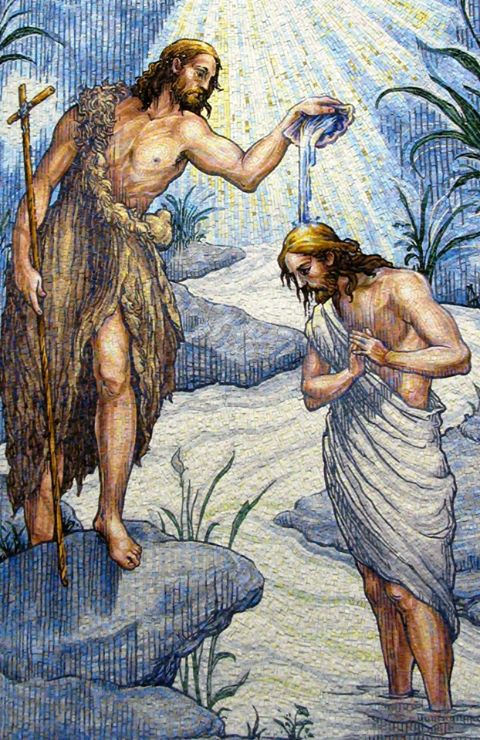 As I noted in the previous post, John the Baptist sends messengers to Jesus, asking him if he is "the coming One," and Jesus sends a message back to John listing his credentials as "the coming One." Then Jesus turns to the crowds who are following him now and he appeals to the prophecy of Malachi 3 & 4 to explain why John's ministry was important for them to discern now that they have decided to leave John and follow him. But Jesus' reference of Malachi 3 & 4 is actually alluding to something more what ordinarily meets the eye. Jesus didn't merely want his disciples to know that John is the "Elijah" mentioned in Malachi 4; nor did he merely want them to know who would visit Israel before the Lord does, as mentioned in Malachi 3. Referencing Malachi 3:1, Jesus tells them explicitly:

[John] is he of whom it is written, "Behold! I send my messenger (angel) before your face, who will prepare your way before you!"

Behold! I send my messenger (angel), and he will prepare the way before Me.

But there is more. If we were to look at the Greek text which underlies these passages of Scripture, the words of Jesus are much closer to the words of Yahweh in Exodus 23:20,1 than they are to Malachi 3. In Exodus 23:20, Yahweh says:

Behold, I send an angel (messenger) before you to guard you on the way and to bring you to the place that I have prepared.

But what does Exodus 23 have to do with Jesus' words about John the Baptist? Many evangelical commentators don't realize this, but Malachi's prophecy is a clear allusion to the promise of conquest mentioned in Exodus 23. Notice the parallels between the two promises of God. Malachi prophesied to the people of Israel, saying:

And the Lord whom you seek will suddenly come to his temple; and the messenger of the covenant in whom you delight, behold!, He is coming, says Yahweh of armies! But who can endure the day of his coming? And who can stand when he appears? For he is like a refiner's fire and like fullers' soap. ...Then I will draw near to you for judgment. I will be a swift witness against the sorcerers, against the adulterers, against those who swear falsely, against those who oppress the hired worker in his wages, the widow and the fatherless, against those who thrust aside the sojourner, and do not fear me, says the Lord of hosts. For behold, the day is coming, burning like an oven, when all the arrogant and all evildoers will be stubble. The day that is coming shall set them ablaze, says the Lord of hosts, so that it will leave them neither root nor branch. But for you who fear my name, the sun of righteousness shall rise with healing in its wings. You shall go out leaping like calves from the stall. And you shall tread down the wicked, for they will be ashes under the soles of your feet, on the day when I act, says the Lord of hosts. Remember the law of my servant Moses, the statutes and rules that I commanded him at Horeb [Sinai] for all Israel.2

In parallel with this, notice carefully what Yahweh spoke to the people of Israel at Mount Sinai, immediately before Israel ratified their covenant with Yahweh:

“Behold, I send an angel (messenger) before you to guard you on the way and to bring you to the place that I have prepared.  Pay careful attention to him and obey his voice; do not rebel against him, for he will not pardon your transgression, for my name is in him. But if you carefully obey his voice and do all that I say, then I will be an enemy to your enemies and an adversary to your adversaries.
When my angel goes before you and brings you to the Amorites and the Hittites and the Perizzites and the Canaanites, the Hivites and the Jebusites, and I blot them out,  you shall not bow down to their gods nor serve them, nor do as they do, but you shall utterly overthrow them and break their pillars in pieces.  You shall serve the Lord your God, and he will bless your bread and your water, and I will take sickness away from among you. None shall miscarry or be barren in your land; I will fulfill the number of your days. I will send my terror before you and will throw into confusion all the people against whom you shall come, and I will make all your enemies turn their backs to you. …You shall make no covenant with them and their gods. They shall not dwell in your land, lest they make you sin against me; for if you serve their gods, it will surely be a snare to you.

[Then] Moses came and told the people all the words of the Lord and all the rules. And all the people answered with one voice and said, “All the words that the Lord has spoken we will do.” And Moses wrote down all the words of the Lord. He rose early in the morning and built an altar at the foot of the mountain, and twelve pillars, according to the twelve tribes of Israel. And he sent young men of the people of Israel, who offered burnt offerings and sacrificed peace offerings of oxen to the Lord. And Moses took half of the blood and put it in basins, and half of the blood he threw against the altar. Then he took the Book of the Covenant and read it in the hearing of the people. And they said, “All that the Lord has spoken we will do, and we will be obedient.” And Moses took the blood and threw it on the people and said, “Behold the blood of the covenant that the Lord has made with you in accordance with all these words.3

According to Jesus, John the Baptist was the angel of God who would prepare Israel's way before them. John was the messenger of God who would prepare a highway for Jesus' own arrival in the midst of Israel. Now that Israel's Lord had arrived in their midst, the people of Israel are left with a choice: Do they follow the rulers of Israel and their traditions, while rejecting Jesus and his credentials as the Messiah, or do they follow Jesus and reject the rulers of Israel along with their traditions? Jesus was the lawful King of Israel and the angel of the covenant sent from Yahweh of armies into the midst of the land to conquer and purge out it's idolatrous worship, thereby giving the people true rest.

But how would Israel respond?

Jesus explains to the crowds around him how some had responded, saying, "To what shall I compare this generation?" (Matt. 11:16). For John came neither eating nor drinking, and they accused him of having a devil. Jesus comes eating and drinking and the Pharisees accused him of being a glutton and a drunkard, a friend of unclean tax collectors and sinners (11:19). The children of that generation piped a happy tune to them, but neither John nor Jesus danced. And so they played a mournful song instead, but neither John nor Jesus mourned (11:17). Why not? Jesus gives them the answer: All the prophets until John prophesied about the Kingdom of heaven and it's coming-King (11:13), yet many Israelites didn't have ears to hear or eyes to see his credentials. At least, many rulers of Israel didn't see it. The Pharisees were certainly not convinced by Jesus' deeds.

John, at least, heard about the "deeds of the Messiah" and sent a message to Jesus, confirming his faith in the coming-One (11:1-2). And we can imagine that the message which Jesus sent back to him about his miraculous deeds was sufficient to strengthen John's faith (11:4-6). From this we learn that Jesus' closing words were more relevant to his audience than ever: Wisdom is indeed justified by her deeds (11:19).


1.  See the parallels in Greek below:
Matthew 11:10 -- Behold, I send my messenger before your face, who will prepare your way before you. Ἰδού, ἐγὼ ἀποστέλλω τὸν ἄγγελόν μου πρὸ προσώπου σου, ὃς κατασκευάσει τὴν ὁδόν σου ἔμπροσθέν σου

Posted by Epexegesis at 7:30 AM
Email ThisBlogThis!Share to TwitterShare to FacebookShare to Pinterest
Labels: Biblical Interpretation, Exodus, Malachi, Matthew