Adam the Priest, not the Farmer 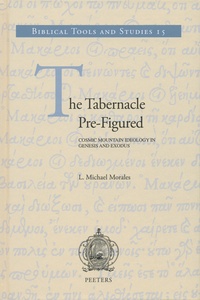 In his masterful work, The Tabernacle Pre-Figured: Cosmic Mountain Ideology in Genesis and Exodus, L. Michael Morales examines the creation, de-creation, and exodus themes of the Bible in relation to ancient Near East literature, in order to present a compelling case for approaching the divine presence of God via a tabernacle/temple system. The codified narratives of the Torah in connection with the rest of Scripture symbolically portray a mediated return to the Garden of Eden, the original telos, or goal, of all creation. Regarding the thematic connection between Adam and the law pertaining to priesthood, Morales notes:

Within the overall context of viewing creation as a macro-temple in Genesis 1 and Eden as its holy of holies in Genesis 2-3, the priestly nature of humanity becomes apparent. That the garden narrative indeed portrays Adam as an archetypal priest ministering before YHWH is supported also by use of the verbs defining the divine intent, to "work/serve" (עבד abad) and to "protect/guard" (שׁמר samar) being used together again within the Pentateuch only to describe the duties of the Levites.1 These terms may more suitably be translated as "to worship and obey." ...Further, there is the parallel, already noted, between Adam's post-fall vestments and the investiture of the Levitical priests, both needing their nakedness covered (Gen 3.7, 21; Exod 20.26, 28.42) and utilizing the noun כתנת (tunics) and the hiphil form of the verb לבשׁ (clothe):

Gen 3.21:  YHWH God made for Adam and for his wife tunics (כתנת) of skins and clothed them (וילבשׁם)

Lev 8.13:  And Moses brought Aaron's sons and clothed them (וילבשׁם) with tunics (כתנת).

Likely then, Adam was placed in the garden to fulfill his priestly office.
...There has been, in fact, a continuous tradition with respect to Adam as priest and sacrificer, from Jubilees (second century BC) to the Rabbinic period, Adam sometimes portrayed specifically as a high priest. Consistent, then, with creation's being a cosmic temple and with the garden being a holy of holies, Adam is portrayed as an archetypal priest -- not a farmer.2

Posted by Epexegesis at 6:27 AM
Email ThisBlogThis!Share to TwitterShare to FacebookShare to Pinterest
Labels: Biblical Interpretation, Exodus, Genesis, Leviticus, Numbers