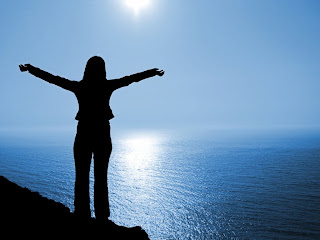 The first section of praise from the heavens is a seven-fold pattern directed at him (heights, angels, hosts, sun & moon, shining stars, highest heavens, and waters above the heavens). This seven-fold pattern of praise is followed by a summary statement of why everything above in the heavens ought to praise the Lord: "Let them praise the name of the Lord, for...". The explanation given by the Psalmist is threefold: because God commanded their existence into being, he established their life-span, and he made a decree concerning their meaning and purpose of existence. These reasons are more than sufficient to explain why his creation ought to praise him.

The second section begins with another seven-fold pattern of praise (great sea creatures, all deeps, fire, hail, snow, mist, stormy winds), all of which are said to be "fulfilling his word." But that is followed by an exhaustive list of basically everything else on the planet (vv. 9-12). In fact, in both the original Hebrew and our English translations, verses 9 through 12 are one long sentence listing eight poetic pairs of nouns (16 total) with no verbs whatsoever (mountains, all hills, fruit-trees, all cedars, beasts, all livestock, creeping things, flying birds, kings of the earth, all peoples, princes, all rulers of the earth, young men, maidens, old men, and children).  It’s as though the first seven aspects of nature in the skies above and the waters below were only mentioned in order to tease us into being interested in who or what is to be praising Yahweh. But in the lengthy list that follows, we are confronted with the immense volume of praise from the earth which is due to the name of Yahweh. Again, this overwhelming pattern of praise is followed by a summary statement of why everything below on the earth ought to praise the Lord: "Let them praise the name of the Lord, for...". Here the explanation given by the Psalmist is twofold: because God alone is inaccessibly high above all the heavens and earth, and because this God who is above the earth and heavens has descended low to help mankind give him the praise and the glory due to his name.

Posted by Epexegesis at 5:08 AM
Email ThisBlogThis!Share to TwitterShare to FacebookShare to Pinterest
Labels: Biblical Interpretation, Literary Structure, Psalms