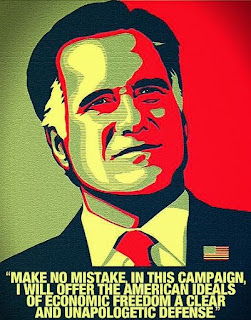 In his book, A Free People's Suicide: Sustainable Freedom and the American Future, Os Guinness concludes his thoughts about America under judgment:

As I said and will say again, America stands before the world today under the judgment of her own ideals. Again and again it is Montesquieu and Madison, rather than Marx and Muhammad, whose principles boomerang back on America in world reactions to America's superpower actions. As I have heard argued by foreign admirers of the U.S. Constitution at universities in Europe, Asia and the Middle East, it is hypocritical for Americans to pride themselves on checks and balances at home but to ride roughshod over international opinion, institutions, laws and other checks and balances abroad, or to talk of free-market capitalism and impose it on others in a coerced, lopsided manner favorable only to American corporations and investors.


...Ironically, American liberals and radicals who attack American aggression abroad often espouse the same negative view of freedom at home that they deplore abroad. In fact, what unites an otherwise disparate group that would include most liberals, almost all libertarians and most postmodern radicals is that freedom is largely a question of escaping the power of others over them. It is all about dismantling the structures of oppression and liberating the victim.
...But then we are back to the core conundrum of freedom. Freedom requires a framework of order, which means restraint, yet the only restraint proper to freedom is self-restraint, which freedom undermines.
Whatever positions we take on such issues, these old debates about freedom are a valuable corrective to naivety and utopianism. The passion for freedom is simple and strong, but freedom itself is subtle, complex and demanding. Its defense is never simple and easy, never a matter of arms alone. While the world still turns and the boot of the powerful still grinds into the faces of the weak and poor, the human cry for freedom will never be silenced and the bell of freedom will always ring out along with the cries of suffering and anger.
Equally, cries for justice and for order will always blend with cries for freedom, and it will always be harder to be free than not to be free. Freedom's work is never alone and never done, which is why the founders' confidence in the prospect of a freedom that could remain free forever is so audacious and so deserving of greater attention than it is given by a free people grown complacent through the privileges of freedom.1

Posted by Epexegesis at 5:02 AM
Email ThisBlogThis!Share to TwitterShare to FacebookShare to Pinterest
Labels: Ethics, Oikonomika, Politikos, Them's Fightin Words