Not Worthy to Exist 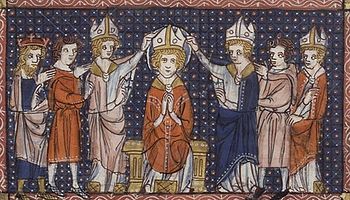 So far, in this series, I have covered some foundation works about the early views within the Christian Church regarding the "last days" of the old covenant and the "fulfillment" of Scriptural prophecies about that cataclysmic event. I have offered six lengthy posts about Scriptural exegesis by Eusebius and three additional posts about the historical events underlying his exegesis. Also, included within those posts, are various beliefs of historians and Christian theologians prior to Eusebius, the most important of which were Hegessipus, writing during the time of Pope Eleuterus, the Bishop of Rome (174-189 A.D.); another was an account from "James the Just," the contemporary of the apostles and Bishop of Jerusalem in the first century. Also, equally important is the lengthy and detailed witness of Josephus, another contemporary of the apostles, but who was a priest in Jerusalem during it's siege in 70 A.D.

Those are all clear examples, and not mere "shreds of evidence", in favor of a widespread view about how to view the fulfillment of New Testament prophecies--prophecies which were describing near fulfillment in the destruction of Jerusalem and it's idolatrous, anti-Christian temple.

In this post, I am going to offer some more views from the early Christian Church, but I'm going to shift gears a little bit. Instead of focusing on Eusebius and the historical records he offers, I'm going to show views from other original sources. In later posts within this series, I plan on getting back to the works of Eusebius, illustrating more of his views on this subject. But for now, in the next few posts I want to cover the views of other important Christians in the early Church, such as Hilary of Potiers, St. Jerome, St. Ambrose, Titus the Bishop of Bostra, Chrysostom, Cyril of Alexandria, St. Augustine, the Venerable Bede, and others who clearly interpreted certain prophecies of Jesus as though he was referring to the destruction of Jerusalem and the Jewish wars leading up to that cataclysmic event.

And as he was walking away from the Temple, his disciples approached and beckoned him to look at the structure of the Temple. After threatening that Jerusalem would be forsaken, he is shown the grandeur of the Temple's stature, as if it were necessary to stir him by its splendor. He said that it would be entirely destroyed and demolished since the stones of the entire structure would be knocked down.

...Once the Lord had withdrawn to the mountain, his disciples came and asked him privately when this would happen to the Temple, and by what sign they would recognize his coming, and about the end of the age. Here we have three questions in one setting, separated by chronology and distinguished by the degree of significance in their meaning.

The Lord answers the first question concerning the destruction of the city [Jerusalem], an event confirmed by the truth of his teaching so that they should not be deceived by an imposter because of their ignorance. For there would come, even in the disciples' day, imposters who would claim they were the Christ. He therefore warns them that the faith could be undermined by the pernicious lie. In fact, it happened that Simon the Samaritan, bolstered with diabolical works and words, led many astray by his miracles. And because this happened during the time of the apostles, the Lord said, the end is not yet. Still, the end is not yet until nations and kingdoms attack one another, and famines and earthquakes occur. This is not dissolution of all things, but the beginning of sorrows from which all evils would originate. He encouraged them to endure suffering: flight, scourging, death, and the pagans public hatred towards them on account of his name. On account of these troubles, many will be shaken, and will stumble in the face of increasing wickedness, and will be incited to hate one another. There will be false prophets, as was Nicolaus, one of the seven deacons, who will pervert many by falsifying the truth, and because of mass wickedness, love will grow cold. But for those who persevere to the end, salvation is assured.

As the apostolic men are scattered throughout all parts of the world, the truth of the Gospel would be preached. Once the knowledge of the heavenly sacrament has been disseminated to all humanity, the fall and end of Jerusalem was imminent. Punishment of unbelievers and fear of the city's destruction are the consequence when the faith is preached. All this happened in Jerusalem, just as it had been foretold; the city was consumed--ruined by her stoning, by her expulsions, by her murder of the apostles, by her hunger, by war, and by her captivity. For having rejected the preachers of Christ, she was shown to be unworthy of God's message and not worthy to exist.

...The Lord warns them [the Jews] to abandon Judaea and flee to the mountains, lest the violence and contagion of those who will believe in the Antichrist be brought among them. But for all who remain faithful, they will be safer in the deserted places of the mountains than in the busy avenues of Judaea.

...Woe to pregnant women and nursing mothers! This verse can be understood simply as pertaining to the delay of their flight. Hampered by the weight of the womb, it is difficult for them to flee from the imminent destruction of that time.1

After this, St. Hilary makes a surprising twist in his interpretation of the rest of Matthew 24. He continues to emphasize the "nearness" of Jerusalem's destruction, as well as it's literal, historical fulfillment in the first century destruction of Jerusalem, but he personalizes the narrative, presuming that aspects of it refer to the future of his own generation,2 a future in which, as he says elsewhere in his commentary, "the abomination of desolation is going to render the earth desolate by war and bloodshed in keeping with its sacrilege."3 Instead of remaining consistent within the first century context that he begins with, he treats pieces of Jesus' words as being in his distant future. Sadly, St. Hilary offers no detailed explanation as to why his interpretation of Matthew 24 shifts to a future "fulfillment." All he offers is questionable, because he assumes that Jesus was asked three questions "separated by chronology and distinguished by a degree of significance in their meaning." Based on the close context of Matthew 23 and 24, it seems more likely that those three questions all related to the same events within their own generation and the world as they knew it, which revolved around Jerusalem and it's Temple.

As I have noted in the previous posts in this series, apart from the unnecessary presumption that Jesus was referring to our future--thousands of years after his own generation--there is no reason to presume likewise that the three questions asked by his apostles referred to three different "chronologies" or time periods of fulfillment. The only other time period in which Jesus' prophecies can be verified historically as being fulfilled was in his own generation. And Jesus even said that much, in Matthew 24:34, saying "Truly, this generation will certainly not pass away until all these things have happened." The "end of the age" (or more precisely, the "consummation of the age"; συντελείας τοῦ αἰῶνος) mentioned by Hilary is exactly right. Jesus was referring to the end of "the age," the age in which God dwelled in the midst of Israel in their Temple, in Jerusalem. Jesus was not talking about the end of the "world" (τὸν κόσμον). As Hilary said, "All this happened in Jerusalem, just as it had been foretold; the city was consumed--ruined by her stoning, by her expulsions, by her murder of the apostles, by her hunger, by war, and by her captivity. For having rejected the preachers of Christ, she was shown to be unworthy of God's message and not worthy to exist."


1. Translation by D. H. Williams. St. Hillary of Poitiers: Commentary on Matthew (Washington, DC; Catholic University of America Press; 2012), pp. 248-251
2.  Commenting on Matthew 24:34, Hilary writes: "In order that there would be complete assurance about these future events, and by saying Amen in declaring the truth, the Lord adds that our generation will not pass away until every one of these things has happened." Hilary actually rewords the latin text of Jesus' statement from haec generatio  ("this generation) to generationem nostram ("our generation"). Ibid. p. 255
3.  Ibid. p. 250