Ponderings of 4 Ezra (part one?) 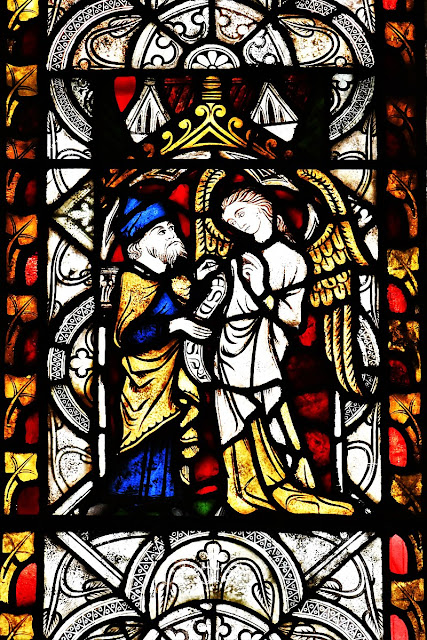 In the apocalyptic message of 4 Ezra 7:26-36, an angelic messenger of YHWH tells Ezra the scribe that there will come a future day when Israel’s Messiah will manifest himself to Israel for the first time and bring final judgment upon Israel. Michael E. Stone’s translation1 reads:

For behold, the time will come, when the signs which I have foretold to you will come, that the city which now is not seen shall appear, and the land which now is hidden shall be disclosed.


And everyone who has been delivered from the evils that I have foretold shall see my wonders.
For my Messiah shall be revealed with those who are with him, and he shall make rejoice those who remain for four hundred2 years.
And after these years my son the Messiah shall die, and all who draw human breath.
And the world shall be turned back to primeval silence for seven days, as it was at the first beginnings; so that no one shall be left.
And after seven days the world, which is not yet awake, shall be roused, and that which is corruptible shall perish.
And the earth shall give back those who are asleep in it, and the dust those who rest in it; and the treasuries shall give up the souls which have been committed to them.
And the Most High shall be revealed upon the seat of judgment, and compassion shall pass away, mercy shall be made distant, and patience shall be withdrawn; but only judgment shall remain, truth shall stand, and faithfulness shall grow strong. And recompense shall follow, and the reward shall be manifested; righteous deeds shall awake, and unrighteous deeds shall not sleep.
Then the pit of torment shall appear, and opposite it shall be the place of rest; and the furnace of Gehenna shall be disclosed, and opposite it the paradise of delight.

Modern scholars like Michael Stone typically assign 4 Ezra to a late first century composition or redaction. That means it's another example of vaticinium ex eventu. My purpose in sharing this is plain and simple: It illustrates a clear expectation of first century fulfillment, and in doing so it illustrates that the late first century author/redactor thought of such events as already being fulfilled in the first century. Below is a summary of the text above.

The author begins with a statement about signs of events that "will come." That, in and of itself, indicates that by the time the audience is reading this work of vaticinium ex eventu, they could safely conclude that such signs had already come to pass as promised.

>The city (of God) which now is not seen (because of Babylonian captivity) is promised to finally appear (Rev 21: 1-2)
>Evils have been foretold, and those of Israel who live through such evils will see God's wonders
>The Messiah of God shall be revealed to that generation of survivors
>Those who remain with God's Messiah will rejoice
>After those years, God's Messiah (and son) will die alongside mortal human beings
>For seven days the cosmos will turn back to primeval silence, as in the Genesis one creation narrative
>After that type of new creation silence, those who had died in the cosmos will awake from their sleep, and shall face judgment
>Treasuries of souls shall rise up to face God, where the Most High God (the Messiah of God) will be revealed upon God's seat of judgment
>The final judgment of God will ensue; rewards and punishments will finally be delivered.

When will that dreaded "day of judgment" be? The answer is obvious in context (i.e. within that generation of the Messiah's death), but just to be doubly-clear, Ezra asks at the end of the same chapter, and receives this answer:

...the day of judgment will be the end of this age, and the beginning of the immortal age to come, in which corruption has passed away...3


Some ambiguity still remains. Does the reference to "this age" refer to Ezra's  immediate generation, or to the age of exile in which the vision takes place, or to the age in which the Messiah was promised to come? The text doesn't explicitly say, but I think it's safe to consider that the only option that doesn't make sense is if it referred to Ezra's immediate generation.

With all of this in mind, here are some thoughts I had while studying passages like these:

1) Why do modern scholars and Christians think that such passages are describing a resurrection and "final judgment" in our future?

2)  Assume this prophecy is "real" (whatever that means to you): Why would Ezra the scribe reveal future cataclysmic events that would certainly take place in a single generation of the Messiah, and yet actually mean those events would take place thousands of years afterward, at some alleged "end of time," as Christians today presume?

3)  Assume this prophecy is not "real," but was (as scholars insist) composed in line with a scribal tradition of thought about "the end" of the world, shortly after the destruction of Jerusalem in AD 70: Why would a scribe write about such topics as the resurrection of departed souls and the final judgment of the dead as coinciding with the generation of the Messiah?

I have been studying the literature of second temple Judaism for a very long time, and although I am by no means a certified expert in the field, I have enough experience to know that these kinds of questions in our generation are not entertained and are not popular. Indeed, the last hundred years of Christian scholarship has either bypassed serious consideration of first century fulfillment  altogether or has deflected attention of the resurrection and final judgment away from the first century and punted that topic into our future, to be fulfilled thousands of years after such literature was written!

I think all of that is a shame. That is why, in a future post (or series of posts) I will be writing about many scholars (mostly German) who worked on the "apocalyptic" texts of the New Testament (especially the Olivet Discourse) and yet bypassed or deflected their first century fulfillment as I described a moment ago. Most Christians over the last hundred years read New Testament statements about resurrection and "final judgment" and assume that they must have been describing events in our future, thousands of years after the historical context in which they were written. So here I am, pointing out the obvious: why assume that?

I have shown very clearly, and in numerous places (here, here, here, and here), that such is not what the New Testament describes at all. Moreover, if Christians are to treat the New Covenant witness of Old Covenant fulfillment seriously, the popular "already-but-not-yet" paradigm doesn't end up holding water. That paradigm fails miserably in light of linguistic and typological consistency. What doesn't fail at all is complete first century fulfillment. The problem with believing that is that such concepts appear to be too radical, and people are so damn lazy in the way they research claims that alarms of "heterodoxy" and "heresy" immediately start sounding off in people's minds once they take a cursory glance at it's content, and quickly the noise becomes too much of a sensory overload for them to seriously entertain. They soon go back to normal life, believing whatever they are told, and studying those resources that justify their prejudices.

That is why I have begun this series. I don't personally think that the creedal Christian traditions about "resurrection" and "final judgment" actually conflict with complete first century fulfillment of "biblical" prophecy. I also don't think that creedal Christian traditions are as monolithic and unanimous in their interpretations as tribalists today (whether Catholic, Orthodox, or Protestant) imagine them to be. I'm also highly suspicious of confessional protestants who insist on adhering to "orthodox" creeds, as though somehow they're retrieving, prescribing, and maintaining a "catholic" tradition that's essential to Christian faith, without having to subscribe to the canons of that very same tradition out of which such creeds emanate. (All such debates seem to be a complete waste of everybody's time; but I digress.)

The topic at hand is about the complete prophetic fulfillment of "biblical" promises. The resurrection of the dead and final judgment upon mankind is sensitive to discuss. But it needs to be discussed if the "New Testament" Scriptures are to be taken seriously as being historically reliable and rhetorically credible.


2. It is worth noting that although all of the textual witnesses to 4 Ezra seem to derive from a presumed Hebrew original source (or sources), among the secondary textual witnesses which are in Arabic and Armenian, one Arabic text tradition says “a thousand” instead of “four hundred." That echoes the language of Revelation 20:1-6, in which we find the “first resurrection” of old covenant saints raised up to the heavens with Christ, at his resurrection after death, to reign with him for a thousand years. In John’s apocalypse, the reference to “a thousand years” is likely symbolic for an aion, an age or generation of God’s people, who are idealized like the first generation of mankind, who lived roughly a thousand years from the time of Adam to the time of God’s first judgment upon the world, in the flood. It is also worth noting that in one of the primary textual witnesses in Syriac, the textual variant says “thirty” instead of “four hundred. That clearly implies a tradition of a thirty year life-span for Jesus’ earthly ministry before his death, as described here in this text. Oddly, the most reliable textual witnesses of this passage say “four hundred,” yet that statement only makes sense if the Canonical account of Ezra the scribe is taken seriously, which places this historical figure around 470 BC, almost one hundred years after this apocalypse is alleged to have revealed (i.e. around 550 BC; cf. 4 Ezra 3:1). In my estimation, the Syriac witnesses of this passage are the clearest in design among scribal redaction, which, if correct, implies that the Syriac is either closest to the original Hebrew tradition by correcting an erroneous reading of “four hundred,” or it is original and the “four hundred” is a later scribal emendation of “thirty.”