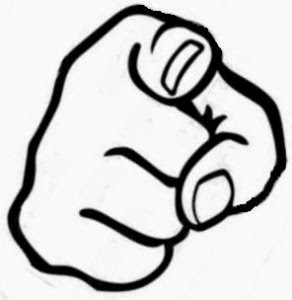 Paul begins his first letter to Timothy by exhorting him to "charge" certain persons not to teach the Law "differently." Indeed, the different uses (abuses) of Law found among these teachers that are contrary to health-giving doctrine amount to bad management of God's house, and therefore may be worthy of discipline. They may need to be treated mercifully too. This is evident from the larger context (1:3-20) wherein Paul mentions his discipline of Hymenaeus and Alexander a few verses later (vv. 19-20), who consciously rejected apostolic teaching; but Paul also mentions a contrasting example of the Lord's mercy toward his own ignorant and unfaithful use of the Law toward Christians (vv. 12-15).

According to Paul, the goal or aim (τέλος) of Timothy's "charge" to these "teachers-of-the-Law" is love which flows out of a clean heart, good conscience, and unhypocritical faith. Paul and Timothy both know that God's Law is attractive if it's used lawfully, for God did not lay it down for those who are just, law-abiding, and obedient. (What discipline could possibly be laid down for those who using the Law lawfully?) Even in the secular use of law, it is not laid down for law-abiding citizens; how much more then is it laid down for citizens of God's kingdom who abide by the law? The law is not laid down for law-keepers, but for those who are unjust, law-breaking, and disobedient: those who strike their fathers and mothers (Exod. 21:15; Deut. 21:18-21), murderers (Exod. 21:12), the sexually immoral (Lev. 20:10; Deut. 22:13-30), homosexuals (Lev. 20:13), kidnappers (Exod. 21:16), liars (Exod. 23:1; Lev. 6:1-7), perjurers (Exod. 23:2-3; Deut. 19:16-19), and the like. The examples which Paul uses are unmistakably clear in at least one way: such behavior within the house of God--among God's covenant people--is in need of a serious charge to repent if discipline is to be mitigated.

This opening charge of Paul to Timothy is arranged chiastically, making it a little easier to notice the conceptual and linguistic parallels:


A) As I urged you when I was going to Macedonia, remain at Ephesus so that you may charge (παραγγείλῃς) certain persons not to teach any different doctrine (ἑτεροδιδασκαλέω), nor to devote themselves to myths and endless genealogies, which promote speculations rather than management of the house of God that is by faith (θεοῦ τὴν ἐν πίστει).

B) The aim of our charge (παραγγελίας) is love out of a clean heart and a good conscience and a unhypocritical faith.

C) Certain persons, by swerving from these, have wandered away into vain discussion, desiring to be teachers-of-the-Law (νομοδιδάσκαλοι), without understanding either what they are saying or the things about which they make confident assertions.

B') Now we know (Οἴδαμεν) that the law is attractive, if one uses it lawfully,

A') knowing (εἰδὼς) this, that the law is not laid down for the just but for the lawless and disobedient, for the ungodly and sinners, for the unholy and profane, for those who strike their fathers and mothers, for murderers, the sexually immoral, men who practice homosexuality, kidnappers, liars, perjurers, and whatever different use is contrary to health-giving doctrine (εἰ τι ἕτερον διδασκαλίᾳ), in accordance with the gospel of the glory of the blessed God with which I have been entrusted (θεοῦ ὃ ἐγώ ἐπιστεύθην).