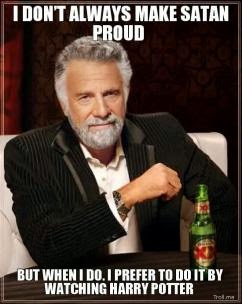 …learning the contours of a fictional world or the intricacies of an author's methods always takes time. Robert Penn Warren commented that the most "intuitive and immediate" reading of a poem will likely not come at the first reading, but rather at the tenth or even the fiftieth reading. To grasp the whole, one must, he speculated, be able not only to remember the beginning of the poem, but remember its ends; one must be able to "remember forward." Patience, in short, is an essential quality of a good reader, and this too is an act of humility.
Readers may fail to listen carefully to catch the author's tone of voice, rushing to judgment without asking whether the author means to be deathly serious, sentimental, satirical, or whatever. A recent example is so absurd that it parodies itself. Near the beginning of the 2000 school year, black parents at a Catholic school in Louisiana complained about the "racist" language and stories of Georgia writer Flannery O'Connor. It would be a mistake to charge these parents with a pathetic misreading of O'Connor. It would be a mistake because the parents had not read the stories at all. Their opposition was apparently based on a few titles and passages. Too frequently, Christians are guilty of equal absurdities.
Harry Potter creator J. K. Rowling has been quoted all over the Internet as saying that she is happy that her books have produced a surge in children's involvement in Satanism. This quotation has been used as evidence that the Potter books are infernal propaganda. The original source of the quotation, however, was a story from a satirical electronic magazine. For anyone who took a moment to check the original source, and took another moment to ask about the tone of the article, it was clear that the author was mocking hysterical responses to Rowling's books. It must be a delicious irony to the article's author that the satire has become fuel for even more hysteria.
Though they may be harsh opponents of postmodernism, readers who took the Rowling quote at face value are as domineering and prideful in their reading practices as any deconstructionist. But how was one to know that the Rowling quotation was a fake? The text did not come with a label "Satire." The author expected the readers to recognize the clues and read in submission to them. Quick and ignorant judgments such as these are not only an embarrassment that often makes Christians, quite rightly, objects of ridicule. Far worse, these misreadings signal an appalling lack of Christian character. Patience before the text is not merely a readerly virtue. It is a fruit of the Spirit.
Patience is necessary not only to learn the contours of a particular work, but also to learn how literature works. Flannery O'Connor noted in one of her essays that some works of fiction should be commended only to mature readers. She acknowledges that works should be judged according their "total effect," not by isolated passages. A book may have sexual content, for example, and not be pornographic or immoral. O'Connor wisely goes on to say that an immature reader lacks the tools and literary maturity to feel the "total effect." Immature readers will not be able to integrate passages that arouse passion into the total experience of reading a book. They may return again and again to the sexy passages to reexperience the original titillation, without ever realizing that the sexy passages are in a book that challenges cheap sex. Only long exposure to literature develops the skills necessary to recognize what a particular book or author is up to. O'Connor ended the essay by protesting that high school reading should not be selected by what the students wish to read: "Their tastes should not be consulted; they are being formed."1