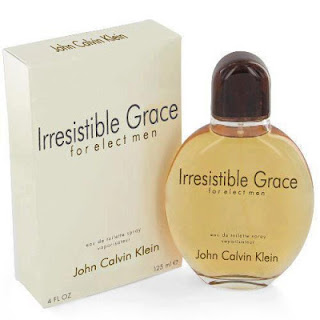 Continuing where we left this discussion a couple weeks ago (part one and two), John Calvin did not believe that the Scriptures described "election" and "adoption" in only one sense, even though many modern Calvinists use those terms in only one strict sense: the sense of God's eternal, predestined will for those who would be "regenerated" throughout history. Instead, John Calvin believed that in various places within Scripture we find a more "general election," a "common adoption," all of which fall under the rubric of a "common covenant" of grace. In this "common covenant" God makes people outwardly equal in receiving His mercy, favor, and status as His children. Commenting on Romans 9, Calvin writes:

There is no doubt that he has taken this from Moses, who declares that God would be merciful to whom he willed [Exodus 33:19], even though the statement concerned the chosen people, whose condition was outwardly equal, as if he had said that in common adoption is included in his presence a special grace toward some, like a more holy treasure; and that the common covenant does not prevent that small number from being set apart from the rank and file. Therefore Paul skillfully argues from the passage of Malachi that I have just cited that where God has made a covenant of eternal life and calls any people to himself, a special mode of election is employed for a part of them, so that he does not with indiscriminate grace effectually elect all [Romans 9:13].1


In other words, God "elects" or discriminately selects people out of the general world that stands condemned by their sin, and He graciously shows them favor by bringing them into a common covenant with Him, which can also be viewed as a common adoption into His family. This, according to Calvin, is how Paul sometimes speaks when discussing election. As I'll show in a moment, Calvin calls this general election. But Calvin contends that, according to Paul, this general election (i.e. this common covenant and adoption) does not automatically impart the Holy Spirit's work of regeneration, giving them the ability to please God in the things they do. Calvin continues:

It is easy to explain why the general election of a people is not always firm and effectual: to those with whom God makes a covenant, he does not at once give the spirit of regeneration that would enable them to persevere in the covenant to the very end. Rather, the outward change, without the working of inner grace, which might have availed to keep them, is intermediate between the rejection of mankind and the election of a meager number of the godly. The whole people of Israel has been called the "inheritance of God" yet many of them were foreigners. But because God has not pointlessly covenanted that he would become their Father and Redeemer, he sees to his freely given favor rather than to the many who treacherously desert him.2


From this we can deduce that Calvin did not view the community of God's covenant people as elect and non-elect. Calvin viewed the covenant community as generally elect and specially elect.3 Actually to be more specific, Calvin explicitly calls this special mode of election, employed for a part of the generally elect, a "secret election." This he also describes as a "more limited degree" of general election. Calvin writes:

We must now add a second, more limited degree of election, or one in which God's more special grace was evidence, that is, when from the same race of Abraham God rejected some but showed that he kept others among his sons by cherishing them in the church. Ishmael had at first obtained equal rank with his brother Isaac, for in him the spiritual covenant had been equally sealed by the sign of circumcision, Ishmael is cut off; then Esau; afterward, a countless multitude, and well-nigh all Israel....By their own defect and guilt, I admit, Ishmael, Esau, and the like were cut off from adoption. For the condition had been laid down that they should faithfully keep God's covenant, which they faithlessly violated. So the answer may be divided into two parts --that God has by no means cast away the whole race of Abraham contrary to the tenor of his own covenant-- and that yet the fruit of adoption does not exist in all the children of the flesh, for secret election precedes.4


We shall never be clearly persuaded, as we ought to be, that our salvation flows from the wellspring of God's free mercy until we come to know his eternal election, which illumines God's grace by this contrast: that he does not indiscriminately adopt all into the hope of salvation but gives to some what he denies to others. ...Ignorance of this principle greatly detracts from the glory of God, and diminishes true humility.5


In other words, Calvin viewed secret election, the more limited degree of general election, as though it flowed from God's free election made from eternity past. Commenting elsewhere with regards to God's eternal and unchangeable plan, Calvin writes:

For the fact that God was continually gathering his Church from Abraham's children rather than from profane nations had its reason in his covenant, which, when violated by that multitude, he confined to a few that it might not utterly cease. In short, that adoption of Abraham's seed in common was a visible image of the greater benefit that God bestowed on some out of the many. That is why Paul so carefully distinguishes the children of Abraham according to the flesh from the spiritual children who have been called after the example of Isaac [Galatians 4:28]. Not that it was a vain and unprofitable thing simply to be a child of Abraham; such could not be said without dishonoring the covenant! No, God's unchangeable plan, by which he predestined for himself those whom he willed, was in fact intrinsically effectual unto salvation for these spiritual offspring alone.6


And let's not forget that Calvin saw all of this as manifesting the gracious character of God. This view of Calvin couldn't be more clear than when he speaks as though all men are born sinful and in need of God's mercy and favor. Calvin comments:

What fellowship have we with God, when we are born and come out of the womb, except he graciously adopts us? For we bring nothing, we know, with us but a curse: this is the heritage of all mankind. Since it is so, all our salvation must necessarily have its foundation in the goodness and mercies of God.7


In the next (and final) post of this series, I will summarize all of these thoughts together. Stay tuned for the final part -- part 4.


Posted by Epexegesis at 6:14 AM
Email ThisBlogThis!Share to TwitterShare to FacebookShare to Pinterest
Labels: Biblical Interpretation, Ethics, Exodus, Galatians, Romans