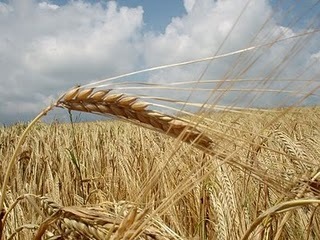 As noted in a previous post, chapters 11 & 12 are compiled as one connected narrative of events, and each pericope within chapters eleven and twelve are connected by Matthew in a way which is not found in the other synoptic gospels (cf. Luke chap. 5-7). Also, this central section at which we have finally arrived focuses heavily upon one theme: the theme of Sabbath-Rest. As we go through this central section in its entirety, it will become more and more apparent that Matthew has "sandwiched" these Sabbath controversies between the surrounding pericopes in order to give his readers the sense that these events transpire around the same general time: the time of the Sabbath; the time of rest for the people of Israel.

Beginning with the first part (D1), we find this brief sketch of events:

At that time Jesus went through the grainfields on the Sabbath. His disciples were hungry, and they began to pluck heads of grain and to eat. But when the Pharisees saw it, they said to him, "Behold! Your disciples are doing what is not lawful to do on the Sabbath!"


Or have you not read in the Law how on the Sabbath the priests in the Temple profane the Sabbath and are guiltless? I tell you, something greater than the Temple is here. And if you had known what this means, 'I desire mercy, not sacrifice,' you would not have condemned the guiltless ones. For the Son of Man is Lord of the Sabbath."

In order to appreciate the significance of these accusations by the Pharisees, it's important to ask and answer the question, "Was Jesus allowing his disciples to do something unlawful on the Sabbath?"

It is very clear from the text of God's Law that "work" was not allowed on the Sabbath. The Sabbath was a day of rest for God's covenant people. "Six days you shall labor and do all your work, but the seventh day is the Sabbath of Yahweh your God. In it you shall do no work..." (Ex. 20:9-10). Also, as it concerns the actions of Jesus' disciples, God's Law also allows the poor to glean from the edges of certain fields, including grain fields (Lev. 19:9-10; Deut. 23:24-25; 24:19-22). But the problem with which Jesus was confronted concerning both of these aspects of God's Law --Sabbath resting and grain gleaning-- was that the Law did not, per se, clarify whether gleaning was permitted on the Sabbath Day. That is to say, if you look at all of the laws pertaining to the Sabbath Day, there is no clear indication that gleaning heads of grain qualified as the "work" forbidden in the Sabbath Laws. The Law simply does not address those overlapping issues. But the Pharisees did have an interpretation of the Law that addressed those overlapping issues. In fact, according to the pharisaical laws of 1st century Judaism, all forms of "reaping" were forbidden on the Sabbath because "reaping" was considered work. And the action of plucking heads of grain, and then rubbing them together to get the kernels inside, was considered a form of "reaping," and therefore was unlawful to do in their eyes.

Jesus asks them, "Have you not read what David did when he was hungry, and those who were with him: how he entered the House of God and ate the bread of the Presence, which it was not lawful for him to eat nor for those who were with him, but only for the priests?" This is a reference from 1st Samuel 21:1-6, in which we learn that David did, in fact, eat the bread of the Presence, which was, according to the strict letter of the law, designated for "Aaron and his children" (Lev. 24:5-9). The reason why Aaron and his children could eat "holy food" was because they were ritually consecrated as 'holy' to the Lord for their service in God's House, but laymen were not considered 'holy' (Lev. 22:1-16) unless they became properly consecrated according to the law (e.g. As a nazarite, or for holy war, etc.). Ordinarily, laymen like David were just ceremonially 'clean,' like the rest of ordinary Israelites who avoided defiling themselves with ceremonial uncleanness. But if we look at 1st Sam. 21 carefully, it is obvious that David had been consecrated as 'holy,' similar to the consecration of a priest, and the Priest considered it lawful to give it to him because he was specially consecrated as holy. Notice how obvious this is from the story of 1st Sam. 21:1-6:

Then David came to Nob to Ahimelech the priest. And Ahimelech came to meet David trembling and said to him, “Why are you alone, and no one with you?”  And David said to Ahimelech the priest, “The king has charged me with a matter and said to me, ‘Let no one know anything of the matter about which I send you, and with which I have charged you.’ I have made an appointment with the young men for such and such a place.  Now then, what do you have on hand? Give me five loaves of bread, or whatever is here.”  And the priest answered David, “I have no common bread on hand, but there is holy bread—if the young men have kept themselves from women.”  And David answered the priest, “Truly women have been kept from us as always when I go on an expedition. The vessels of the young men are holy even when it is an ordinary journey. How much more today will their vessels be holy?”  So the priest gave him the holy bread, for there was no bread there but the bread of the Presence, which is removed from before the Lord, to be replaced by hot bread on the day it is taken away.

Notice carefully that David assures the priest that he and his men have abstained from ceremonial uncleanness and that their vessels are holy too, not merely ceremonially "clean." This infers that David and his men have been consecrated as holy too, because only servants of the Lord who were ceremonially consecrated as holy could partake of holy food (Lev. 22:1-16). Jesus knew the Law taught this. But did the Pharisees make this connection?

But notice again, and just as carefully, that Jesus responds to the Pharisees with an assertion about it being unlawful for David to eat the holy bread. Well, which one was it? Was it lawful or unlawful for David to eat the holy bread? It is true that the letter of the Law only mentions in passing that Aaron and his children are to eat the bread, but was that law intended to exclude all other servants in God's House who became specially consecrated as holy too?

Or have you not read in the Law how on the Sabbath the priests in the Temple profane the Sabbath and are guiltless?

The Pharisees know that God requires "burnt offerings" and "sacrifices," and so they offered sacrifices according to the letter of the law; whereas the Lord desired loyal love (i.e. mercy), not sacrifice (Hosea 6:6). The Lord wanted them to know Him, rather than merely offer burnt offerings. But their love was like a morning cloud, and like the dew on the ground which goes away quickly once light shines on it (Hosea 6:4). Like Adam in God's Garden, they transgress God's covenant, and they deal faithlessly with God Himself (Hosea 6:7). They are evildoers tracked with blood (Hosea 6:8), banding together and lying in wait to commit villainy against God's people (Hosea 6:9). Their whoredom with Herod's idolatrous temple and their man-made traditions defiles them (Hosea 6:10). They do not know that something greater than Herod's Temple is before them. They do not accept his claim that "The Son of Man is Lord", let alone lord of the Sabbath. Therefore, when the Lord restores the fortunes of his people as promised on the day of Harvest (Hosea 6:11), the Pharisees will reap what they have sown.

As we progress through Matthew's gospel, we learn that because they refuse to turn away from their man-made idols, and turn to the Lord (Hosea 6:1), they will, instead, seek an alternative course of action. In the very next pericope we learn that the Pharisees conspire to destroy Jesus from that Sabbath Day forward (Matt. 12:14). From that day forward, they will attempt to tear Jesus apart, strike him down, and bind him up (Hosea 6:1). But little do they know that in doing so, He will fulfill what Adam did not. He will fulfill the life which Israel did not. He will be the faithful son of God which both Adam and Israel failed to be. Little do they know that after two days he will revive, and on the third day he will rise up, that his people may live before him (Hosea 6:2).