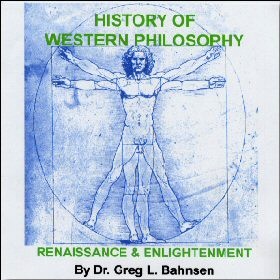 What would have been abhorrent for Locke is taken for granted in our day, that the majority have the right to vote in a State that will tax people to redistribute their wealth.

I’m just taking one example of many: Locke would have thought that as abhorrent. That he didn’t, you see, take account of that is because Lock could count on the general Christian or protestant morality of England in his day. It’s just -- nobody would ever think that the [democratic] State could be used as an indirect way of thievery. You know, the majority getting in so that they could put their hands into the pockets of all the citizens to take their money. But we have now moved into a day where we have to reexamine much of what Locke had to say because the kind of freedom that he granted to the State, and the kind of freedom he granted to citizens in forming their State, assumed something of which we no longer have.
Now I’m not saying we should not have that view of the State.
What I’m saying is, well, to take another example: If you try to take Locke’s view of the democratic State to Somalia today, hey, good luck! -- Because Somalia is a warlord society. It does not have a Christian ethic, a Christian worldview--I mean, even in the broadest perspective. And, I would argue that worldviews hang together. Locke’s was not a perfect one by any means, but the only reason his political theory is so good is because it operated within a general Christian worldview. And he could assume that in a general sense, in terms of the values of his fellow citizens. But when you don’t have that--when you have ethical anarchy--then having the State being run by the majority may not prove to be the State that brings welfare to the people.
So now I’m going to say something that is going to be rather controversial, and I want you to reflect on it:
My sympathies are Puritan. My sympathies are Presbyterian. They are so much so that I criticize Cromwell, the Puritan general, because he re-introduced basically another monarchy that tyrannized the people toward the end of the puritan revolution. So you know where my sympathies are.
However, in terms of political theory, I would have to say, I would rather have a King that enforces the Law of God, than a majority that kills babies. Now the reason I’m saying this is because I have a great respect for Locke and what he has bequeathed to us, but don’t ever think that the form and administration of the State is more important than the morality of the State.
And so, I don’t want a king because I know that men tend to absolutize their power and tyrannize others. I want a parliamentary or a congressional or a democratic form of government--like Lock would have said, I want separation of powers. I don’t want concentration of power. I really prefer that. But that is a subordinate preference. I would prefer a King who did the righteous thing to a Congress that will not do righteousness.1