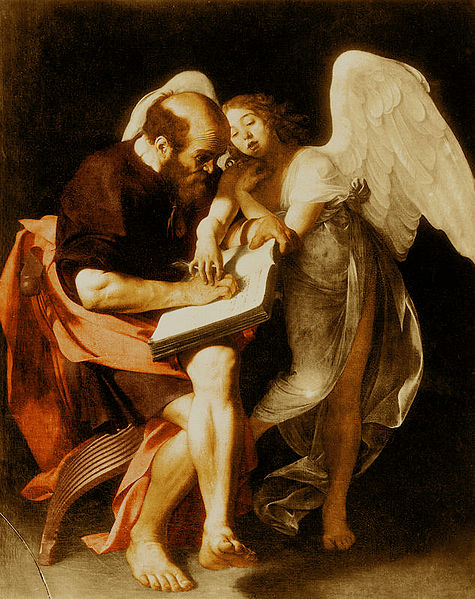 A few months ago I began a series about the literary structure of Matthew's gospel. Until now, a number of circumstances have kept me from continuing that series. And so, now that a few people have asked me to continue that series, and I have a little time on my hands to do so, I plan on picking up where I left off back then, which was a discussion about the "five pillars" of Matthew's gospel. (The three posts related to that can be found here, here, and here.)

In order to appreciate the larger picture which Matthew has painted for us in this gospel, I have decided to extract some of the details in Leithart's thesis and place them below. I have also changed a few of the words which Leithart used, but all of the essential content remains the same. The five major discourses, or "pillars" of literary structure, are as follows:

If we take into account the theme of the first four chapters as well as the three closing chapters of the gospel (as noted in two previous posts, here and here), the five "pillars" of discourse would be sandwiched in the middle as follows:

If we were to translate this structure of Matthew's gospel from Israel's history, or, more properly, if we were to point out the shadows of Israel's life-history which Matthew is manifesting in the full reality of Jesus' life, it would look something like the following:


1)   Beginnings, Birth, and Youth of God’s Son = Genesis, Exodus, Travel to Mount
2)   Sermon on the Mount = Giving of the Law/Sinai Revelation
3)   Mission of the Twelve = Deuteronomy/Preparation for Conquest
4)   Parables of the Kingdom = Wisdom/Parables of King Solomon
5)   Instructions for a divided Kingdom = Period of Divided Kingdom
6)   Prophecy/Warnings for “The House of Israel” = End of Judah/Warnings of Babylonian Exile
7)   Death, Resurrection, and Great Commission of God’s Son = Death and Resurrection of Israel, and the “Great Commission” of the Lord’s “Anointed” (Cyrus)

The only portions which are not shown in this outline are chapters 8-9, 11-12, 14-17, and 19-22, which are simply narrative segments that provide continuity between each of the five "pillars" of discourse above. Again, with a few minor alterations to the wording which Leithart uses, the inclusion of those segments is as follows:

Now that the remaining narrative segments have been inserted, it should be clear that it is at least possible, if not likely from the looks of things, that Matthew has organized his gospel in a more intricate manner than many twenty-first century scholars would like to admit. Instead, Matthew has framed the story of Jesus in such a way that many of the historical events throughout his life are portrayed together as a fulfillment of Israel's story. Israel, of course, was God's firstborn "son" (Ex. 4:22; Hos. 11:1; Matt. 2:13-14); but Israel was only a shadow of Christ, the true Son of God. Therefore, from a literary perspective, Matthew's design seems to be exactly what Leithart has posited. The story of Matthew's gospel is the story of Jesus as Israel. Of course, just saying so doesn't make it so. In the near future I intend on explaining the way in which each segment of Matthew's gospel highlights the sections as noted above. I have already started one post pertaining to the opening four chapters here, so enjoy for now.

Posted by Epexegesis at 11:42 AM
Email ThisBlogThis!Share to TwitterShare to FacebookShare to Pinterest
Labels: Biblical Interpretation, Matthew