Humanity and its Goal


In his book, After You Believe: Why Christian Character Matters, Bishop N. T. Wright discusses the telos, or goal, toward which all of human existence aims. He writes: 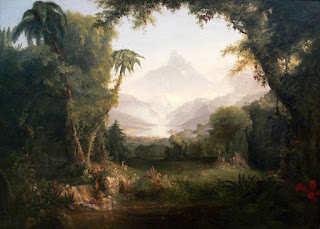 Creation, it seems, was not a tableau, a static scene. It was designed as a project, created in order to go somewhere. The creator has a future in mind for it; and Human--this strange creature, full of mystery and glory--is the means by which the creator is going to take his project forward. The garden, and all the living creatures, plants and animals, within it, are designed to become what they were meant to be through the work of God's image-bearing creatures in their midst. The point of the project is that the garden be extended, colonizing the rest of creation; and Human is the creature put in charge of that plan. ...And that, as the New Testament declares, is also the goal for which we are aiming--indeed, the goal of all human existence.1