Where he would start 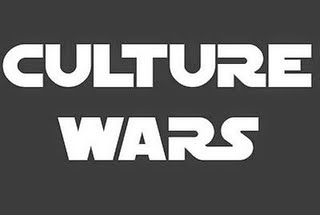 To those who are "tired of" all the culture war rhetoric, I have one last point to make. If North America were one vast pagan empire, and the apostle Paul just arrived here, what would he do first? I quite grant that he would not start by circulating petitions against the gladiatorial games. He would start with the foundations, which would be planting churches, establishing worship around the empire, and teaching Christians to live like Christians in their families and congregations. We are going to judge angels, so let's start by learning self-government. If the meek will inherit the earth, you don't start with the inheriting part--you start by learning meekness, which can only be learned through the gospel. So that's where he would start.
But if one day we got to the point where there were tens of thousands of churches, and millions of Christians, and the gladiatorial games were still going on merrily, and new stadiums were being built every year, then the only possible conclusion would be that the churches in question were diseased.
"Ye are the salt of the earth: but if the salt have lost his savor, wherewith shall it be salted? It is thenceforth good for nothing, but to be cast out, and to be trodden under the foot of men" (Matt. 5:13).

- Douglas Wilson (from his blog, dougwils.com)


Posted by Epexegesis at 8:52 AM
Email ThisBlogThis!Share to TwitterShare to FacebookShare to Pinterest
Labels: Epexegesis, Ethics, Matthew, Miscellanea