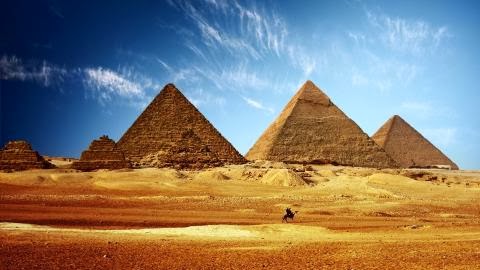 
Now when thy had departed, behold, an angel of the Lord appeared to Joseph in a dream and said, "Rise, take the child and his mother, and flee to Egypt, and remain there until I tell you, for Herod is about to search for the child, to destroy him." And he rose and took the child and his mother by night and departed to Egypt and remained there until the death of Herod. This was to fulfill what the Lord had spoken by the prophet,

Then Herod, when he saw that he had been tricked by the wise men, became furious, and he sent and killed all the male children in Bethlehem and in all that region who were two years old or under, according to the time that he had ascertained from the wise men. Then was fulfilled what was spoken by the prophet Jeremiah:

“A voice was heard in Ramah,  weeping and loud lamentation,  Rachel weeping for her children;  she refused to be comforted, because they are no more.”2


Matthew's gospel is about Israel. In Matthew 2:13-21, an angel of Yahweh appears before Joseph in a dream, telling him to flee to Egypt with Mary and their son, Jesus, and remain there until the death of Herod because Herod was determined to search for their son and kill him. Herod, like the Pharaoh before him, did not know Joseph or the God he worshipped, and because their son was the promised deliverer of Israel, Herod had no interest in entertaining a threat to his own throne. The most effective way to eliminate this threat, he thought, was to kill all the newborn male children, like Pharaoh did (Exodus 1). In Matthew's gospel, Israel's life is in danger from a new Pharaoh, and is in need of a great deliverer like Moses. Joseph proves himself to be a faithful servant of Yahweh by doing as he was told by the angel of Yahweh. He flees to Egypt and remains there for a while. Even more to the point, he flees to Egypt from Judea and remains there for a while, and Matthew says, "This was to fulfill what the Lord had spoken by the prophet, 'Out of Egypt I called my son.'”

Remember, Matthew's gospel is about Israel. The passage Matthew cites here "to fulfill what the Lord had spoken" comes from Hosea 11:1, and as expected, is also about Israel. But Matthew sees something within the scriptures given to Israel that is not commonly seen today. Matthew is not viewing Hosea 11:1 as predictive prophecy, which is how most evangelicals view it today. Instead, Matthew is viewing Hosea's prophecy about Israel (and to Israel) and seeing Jesus in it. And in Matthew's eyes, Hosea's prophecy manifests Jesus in the most obvious way. Matthew sees Jesus as Yahweh's firstborn son. Matthew sees Jesus as Israel,3 Yahweh's firstborn son (Exod. 4:22-23). That is why he can safely regard Hosea's prophecy about Israel being called out of Egypt as Jesus being called out of Egypt. Jesus is like Moses, the "head" of Israel. He's the baby who needs rescuing from the slaughter of the innocents. He's the promised deliverer of Israel who flees from Egypt and then returns to save Israel (Exod. 2). The land of Israel had become another Egypt with their people under bondage again. The people of Israel under Herod's rule were like Egypt under Pharaoh's rule in the days of Moses' childhood, hoping and waiting for Yahweh to send His promised deliverer to them--hoping and waiting for their great exodus as promised to their father Abraham (Gen. 15:13-14). In Matthew's gospel, Jesus has come to provide that promised exodus for the Israel of God. But just as Moses must first flee Egypt before returning to save Israel, Jesus must flee Judea before returning. Not only has Jesus come to save Israel, Jesus has come to be faithful to his heavenly Father in every way which the people of Israel never did, and never could. Jesus has come to be the faithful son, leading an exodus of spirit-filled disciples into the promised land. This time, the faithful Israel will succeed.

In the next post I'll continue this train of thought and connect it with Matthew's next citation from Jeremiah 31:15.

1.  Hosea 11:1
2.  Jeremiah 31:15
3.  For an excellent essay on the typology of Matthew's gospel, see Peter J. Leithart, Jesus as Israel: The Typological Structure of Matthew's Gospel