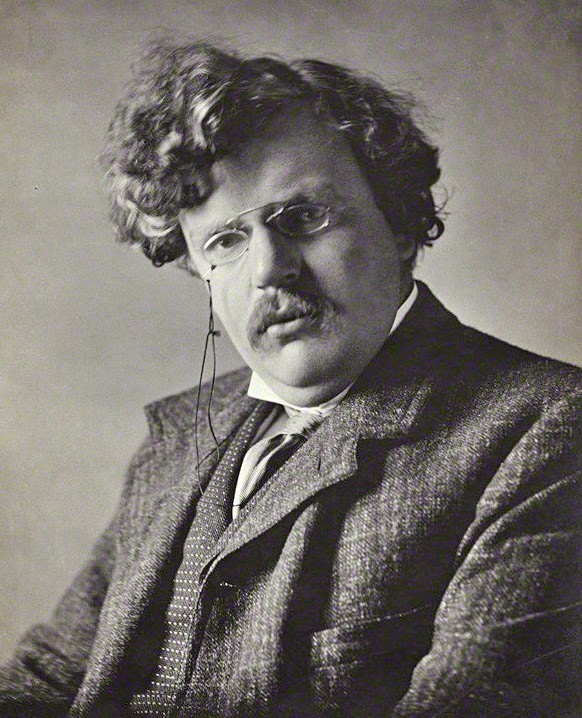 There are two things in which all men are manifestly unmistakably equal. They are not equally clever or equally muscular or equally fat, as the sages of the modern reaction perceive. But this is a spiritual certainty, that all men are tragic. And this again, is an equally sublime spiritual certainty, that all men are comic. No special and private sorrow can be so dreadful as the fact of having to die. And no freak or deformity can be so funny as the mere fact of having two legs. Every man is important if he loses his life; and every man is funny if he loses his hat, and has to run after it. And the universal test everywhere of whether a thing is popular, of the people, is whether it employs vigorously these extremes of the tragic and the comic.

Posted by Epexegesis at 2:42 PM
Email ThisBlogThis!Share to TwitterShare to FacebookShare to Pinterest
Labels: Epexegesis, Miscellanea