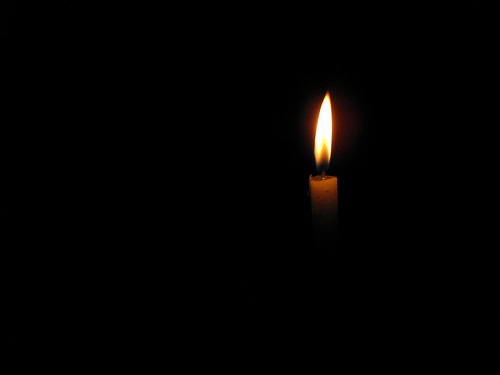 If you are familiar with the history recorded in the books of Kings and Chronicles, you know that time in which the prophet Isaiah lived was not a pleasant one. Isaiah lived during the reign of four kings: Uzziah, Jotham, Ahaz, and Hezekiah; and during that time northern Israel and the fortified cities surrounding Judah would endure political and economic turmoil, as well as many, many wars. By the end of Isaiah's life, a number of Israel's fortified cities would be laid to waste, and many of Gods people would be dragged into captivity by the Assyrian military.

The reason for all of that, Isaiah says, is because Israel's iniquities had ruptured their relationship with the Lord. Isaiah tells the people that their hands are covered in blood—but the blood shed is not caused by murder; their hands have become bloody by defrauding their neighbor and suing their brother to the point of leaving him impoverished. Their hands are covered in blood by speaking lies too; and even when they do speak the truth, they speak it in such a way that that speech is violent. Isaiah also denounces the rulers of the land for being companions of thieves, people who love bribes. Instead of upholding justice for the poor, the widow, and the stranger within their gates, Israel's leaders disregard the cries of the poor, and they exploit the widow and stranger. And to make matters worse, when the Lord confronted His people with their sins, they merely went and offered the correct sacrifices, pretending that would appease God's frustration with them and make all things better.

But the people of God didn’t stop their wicked schemes.

Time and time again, the Lord stretched out His hand to help Israel turn from their wicked ways, but the people would not listen; and they would not call upon the name of the Lord for help to change their own ways. They would only call upon the lord to deliver them from troubles. Israel's wickedness had risen to such frustrating heights that the Lord turned His face away from that terminal generation and didn't look back.

All of this stands in the background of Isaiah’s prayer in chapter 64 (part of which is in the lectionary reading for today, vv. 1-9). Here in these verses, Isaiah is found pleading on behalf of Israel, pleading for Yahweh to come down, tearing the heavens open and shaking mountains in order to make His presence known. Isaiah knows Yahweh could come down and visit His people again because the Lord had done it many times before, delivering them from oppression, from fools, from enemies, and even from their own sin.

Isaiah cries unto the Lord asking Him to come down and make His presence known, to deliver Israel from the Lord's enemies. But the irony of Isaiah's plea is that the Lord had already come down and judged His enemies. Surely it would be great if the Lord came down to deliver Israel from His enemies again, as He had done in the past, but what was Israel to do once they had become His enemy too? What was Israel to do once Yahweh had turned His face away from that generation of His people?

Speaking on behalf of Israel, Isaiah 64:5-7 says this:

Behold, you were angry, and we sinned. We continued in sin for a long time, and shall we be saved?

We have all become like a person who is unclean, and all our righteous deeds are like a polluted garment. We all fade like a leaf, and our iniquities, like the wind, carry us away.

There is no one who calls upon your name, who rouses himself to take hold of You, for You have hidden Your face from us, and have made us melt in the hand of our iniquities.

The picture which Isaiah paints is not pretty. God's people walked obstinately in wickedness for a long, long way, and they had reached a point in which even they should have wondered if they had passed the point of no-return. Even they should not have been surprised when the Lord finally turned His face away from them. Isaiah asks, "Will we be saved?" Or, to put it another way, Isaiah is wondering, 'Why would the Lord save us?' After all, they certainly didn't deserve the Lord's help. Isaiah describes them all as being unclean, and even their best attempts of doing good demonstrate their uncleanness. At best all their righteous deeds were like polluted garments--garments spotted by the flesh, bloody garments which kept them from drawing near to God's holy presence.

At this point in the story we should be asking ourselves, ‘What hope would there be, or could there be for the people of God?’ The Lord seems to have already made up His mind, and so, what could Israel do to change that?

What would you have done if you were in their situation? Would you quit on God or would you wait for Him to return again?

The reason why I think we should be asking these questions is because of the season that begins today. Today is the first day of Advent, and Advent is a time when questions like these should be asked by the people of God. Advent is a time when Christians are supposed to think through where they have come from, how they stand today in their relationship with God, and how they got from where they were before to where they are now.

Because Advent is a time of serious reflection about life, it’s also a time of repentance and penitence for the people of God. It's a time when we should want Jesus to come into our lives again, delivering us from our sin, to deliver us not only from the oppression of our enemies but also the way we oppress others. We wait upon Christ to come and deliver us from our foolishness, from our hardness of heart, from our injustice, from our ingratitude, so that there is no more blood on our hands.

Isaiah describes the importance of waiting upon the Lord in this way, even during times when everything appeared hopeless:

From of old no one has heard or perceived by the ear; no eye has seen a God besides you, who acts for those who wait for him. (v.4)

O Yahweh, you are our Father.
We are the clay, and You are our potter.
We are all the work of your hand.
Be not so terribly angry, O Yahweh, and don't remember our iniquity forever.
Behold--please look!--We are all Your people  (vv. 8-9)

As we wait upon the Lord this season we not only remember that Christ has come, but that Christ comes again in time and history, in our lives now as well as at the Last Day. When we look around and see how dark and confusing the world is without Christ, Advent reminds us that it's not, in fact, hopeless. It's not hopeless because Christ came into the world to make all things new, and He keeps visiting His people to keep making all things new. His Kingdom has come and His will is being done on earth, as it is in heaven. Christ is deeply involved in His creation, and He will remain deeply involved in this fallen world up to its Last Day.

God is not absent from His world, and He has not turned His face away from everyone in it either. That is, in part, what we learn from participating in the Eucharist. That is partly why we feast at the Lord's Table week after week as a rhythm of life. In first Corinthians, the apostle Paul teaches that by participating in the Eucharist we proclaim the Lord's death until He comes, and that proclamation of death each and every week is a continuous token of hope for the world until our Lord comes in final judgment.

In the Eucharist we proclaim the death of a man who tore the heavens open and came down to condemn the sins of His people--that includes the sins in Isaiah's day, in Jesus' day, and even our sins today.

In the Eucharist we receive Christ, and by receiving Christ we have assurance from God that He has not, in fact, turned His face away from us.

Merciful God, who sent your messengers the prophets to preach repentance and prepare the way for our salvation: Give us grace to heed their warnings and forsake our sins that we may greet you with joy at the coming of our Lord. Purify our conscience, Almighty God, by your daily visitation, that your Son Jesus Christ, at his coming, may find in us a mansion prepared for himself; who lives and reigns with you, in the unity of the Holy Spirit, one God, now and forever. Amen.

Posted by Epexegesis at 5:19 AM
Email ThisBlogThis!Share to TwitterShare to FacebookShare to Pinterest
Labels: Advent, Epexegesis, I Corinthians, Isaiah, Liturgy and Life