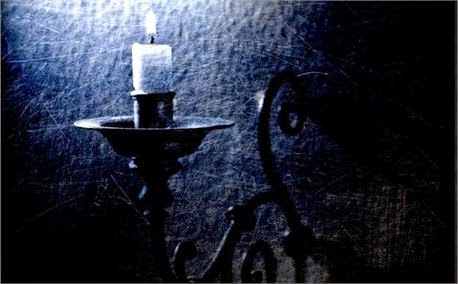 Continuing where I left off in this series of Matthew's Gospel, we come now to the final section in the center of the larger narrative structure. This section (Matt. 12:15-21, section D3) reads as follows:

Jesus, aware of this, withdrew from there. And many followed him, and he healed them all and ordered them not to make him known. This was to fulfill what was spoken by the prophet Isaiah: "Behold, my servant whom I have chosen,  my beloved with whom my soul is well pleased.  I will put my Spirit upon him, and he will proclaim justice to the nations. He will not quarrel or cry aloud,  nor will anyone hear his voice in the streets; a bruised reed he will not break, and a smoldering wick he will not quench,  until he brings justice to victory; and in his name the nations will hope."

As mentioned in an earlier post, chapters 11-12 form one unit, and that unit centers on the theme of rest for the people of God. In chapters 1-4 we learn about the beginnings, birth, and exodus of the Son of God, but at the same time we learn that Jesus is really fulfilling the beginnings, birth, and exodus of Israel, God's "firstborn son". In chapters 5-7, after passing through the waters of baptism and entering into the wilderness, we find Jesus, as a new and greater Moses, ascending a mountain to give the people of Israel the Law. Afterward, in chapters 8-9, Jesus descends from the mountain to heal the people of Israel as many times as Israel fell in the wilderness (i.e. ten times; cf. Num. 14:22), and in Mosaic fashion we find Israel wandering in that wilderness like "sheep without a shepherd" (9:36; cf. Num. 27:17), whose burdens are carried by a greater Joshua. After that, in chapter 10, we find Jesus, the greater Joshua, commissioning and resting His authority upon 12 apostles, instructing and sending them into the land in preparation for future conquest. Finally, having reached chapters 11-12, Jesus and his disciples travel into the land, pronouncing woe after woe for the inhabitants who hate God, but also promising rest for those who put their trust in Him. It is in the very center of all this that we see the rise of Israel's Servant-King, Jesus.

When we looked at the rest of chapters 11-12 in detail, I pointed out that Jesus travels on the day of rest --the Sabbath-- to the synagogue of the Pharisees who are hostile to the gospel of His kingdom. After being harassed outside their synagogue, we then looked at His entrance into their synagogue, and there we found the Pharisees conspiring to destroy Him because He healed a man on the Sabbath, which was contrary to the traditions that held them in power. After that we arrive to the narrative before us. We arrive at a point when Jesus, aware of his enemies' plot to destroy Him, withdraws from their synagogue. It is at this point when we learn that "many followed Him, and he healed them all and ordered them not to make them known." It seems that in context the "many" who followed Jesus came from the synagogue of the Pharisees. In other words, when faced with a choice to follow Jesus (who bears the burdens of Israel) or the Pharisees (who lay heavy burdens on them, Matt. 23:4), many Jews openly choose Jesus over the Pharisees. Like Jairus, the ruler of the synagogue (Matt. 9:18-26; Mk. 5:22; Lk. 8:41), the people within the synagogue of the Pharisees are beginning to recognize that Jesus' yoke is easy, his burden is light, and he's even willing to carry it along with them, whereas the Pharisees weren't willing to carry Israel's burdens at all (Matt. 23:4).

In chapters 11-12 we also find Jesus as a greater David, protecting the borders of Israel and providing rest for those who are perishing from the harassment of God's enemies. But during this time of rest we find out for the first time in Matthew's Gospel that the established rulers of Israel don't want the rest Jesus has to offer; instead they seek to put Him to rest, to harass, trap, and cause Him to perish. However, like we find in the rise of the Davidic kingdom, opposition to the King doesn't keep the gospel of the kingdom from advancing. That is because Yahweh sent His Son into the world to inherit the world as a kingdom for Himself. He was sent to die for the world so that a new world --a new Israel united to Him-- would resurrect with Him. Yahweh's purpose in sending His Son was to save the world, not to destroy it, and by saving it the increase of His kingdom, power, and glory on earth shall have no end. In this section of Matthew's Gospel, Jesus even receives a taste of what it will be like for the future nations to hope in Him. Even when Jesus withdraws from the synagogue of His enemies, whom we now knows are conspiring to destroy Him (Matt. 12:14), an exodus of many more disciples follows in His train. Instead of opposition from the world diminishing His Kingdom, His enemies bring Him even more attention and popularity.

After this Sabbath exodus Jesus does something else, only this time what he does is not entirely unheard of. This time He orders His new disciples not to make Him known, just as He did earlier with the two blind men who followed Jesus from Jairus' house (Matt. 9:30-31). But why do this? Why not tell all of Israel that their King has come, and that the increase of His kingdom shall have no end? (After all, Jesus is King whether the rulers of the land like Him or not.)

The answer to this has something to do with Matthew's reference to Isaiah 42:1-4, and the fact that, as the King, He is on a mission to bring justice and victory to the nations. Because it would be in His name that the nations of the world would hope, He did not come to contend his regal authority. Instead He came to assert His regal authority by modeling what truly Godly authority looks like. He came as the King to save the perishing sheep of the house of Israel (Matt. 10:6; 15:24), but He didn't come quarreling and making all kinds of commotion in the streets, as Isaiah says. He came to model faithful and compassionate service to the house of Israel (Matt. 9:36). For those Israelites who might have expected His voice to be heard in the streets like they did with John the Baptist, the message of Isaiah as quoted describes the character of His ministry well. He didn't come, bearing the burdens of Israel, healing withered hearts and hands as a form of self-aggrandizement. He came to take Israel's illnesses and diseases and carry them upon Himself because the people were harassed and helpless, like sheep without a shepherd, no longer being able to bear the weight of the burden placed upon them by the scribes and Pharisees (Matt. 8:17; 9:36).

When the Pharisees opposed Jesus, attempting to trap and destroy Him, Jesus also doesn't fight back the way we might expect Him to. Instead we find a humble Servant who is willing to lay down His life for His sheep. We find a gentle Servant who won't even break a bruised reed in His way (Matt. 11:29). Even at the point when the Pharisees fan the flame of controversy in their synagogue, Jesus makes no attempt to quench that flame either. Instead we find Jesus withdrawing from there, letting the fires which they started continue to smolder. This is because Jesus knows what the Father has in store for Him. He knows the great commission which His heavenly Father has sent Him to perform. Yahweh's Spirit is upon Him, and He will proclaim justice to the nations --the justice of reconciling the world to God-- until He brings justice to victory; and in His name the nations will hope.