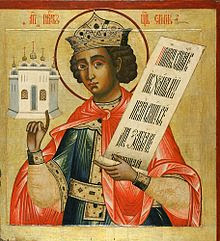 In 1 Kings 1-10 Solomon is set up to be a great ruler in the land, a greater Joseph whom Yahweh raises up to glorify His name in all the earth so long as he remains loyal to Yahweh. Solomon receives great wisdom as requested, and with that wisdom he expands his dominion, glorifying Yahweh. But by the end of chapter ten and the beginning of chapter eleven, when Solomon is much older, we see that glory fading as history repeats itself. Instead of Solomon remaining the greater Joseph, he becomes a greater Pharaoh who knew not Yahweh, forsaking His commands and His wisdom (Deut. 17:14-20).

Solomon's fall is described in a triadic fashion, breaking three express commands of Yahweh in a row. He begins by multiplying gold and silver unto himself, as the wisdom of Yahweh had forbidden (Deut. 17:17). He multiplies so much gold for himself that silver devalues greatly in comparison (10:21), and this is quite a feat considering that year after year he received silver in abundance as well (10:22, 25, 27, 29). But Solomon doesn't stop with precious metals. He then moves on to multiply horses and chariots for himself as well (10:26), which was explicitly forbidden by Yahweh in the Torah (Deut. 17:16). By multiplying horses and chariots for his kingdom, a standing army of the kingdom was in the making along with the rise of Solomonic imperialism, even though the Torah nowhere allows Israel to build or keep a standing army. The further Israel would stray from Yahweh's wisdom, the more likely a standing army would be used offensively and tyrannically, policing other nations, instead of minding one's own business (or, I should say, minding Yahweh's business). An imperialism which forsakes Yahweh as its Emperor is the worst form of imperialism, conquering by warfare and bloodshed instead of wisdom and industry. Yahweh's Law taught that warfare and bloodshed are acceptable primarily a means of self-defense and ought to be considered a last resort after terms of peace are offered (Deut. 20). But when Solomon builds the empire and forsakes Yahweh, we can expect future generations of warfare and bloodshed to ensue. And that is what we find scattered throughout first and second Kings.

Not only does Solomon's imperialism rise from these two excesses forbidden by God, he goes one step further --a third step-- by multiplying wives unto himself as forbidden by Yahweh (Deut. 17:17), many of whom were foreigners and strangers to Yahweh's covenant.

After completing this triad of forsaking Yahweh, Solomon is described for the first time in a negative light, as doing what is evil in the sight of Yahweh, which is a description that follows all of the idolatrous kings over future Israel. Solomon is even indicted for leading God's people into another triad of idolatry by "worshipping Ashtereth the goddess of the Zidonians, Chemosh the god of the Moabites, and Milcom the god of the children of Ammon" (1 Kng. 11:33). This indictment for betraying the Word of the Lord is also portrayed in a triadic fashion, as not walking in Yahweh's ways, not doing what is right in Yahweh's sight, and not keeping Yahweh's statutes and Judgments as did David his father (1 Kng. 11:33). Last of all, we are told that this triadic description of triadic idolatry leads Israel into a third and final triad of Yahweh's judgment. Yahweh "stirs up an adversary unto Solomon, Hadad the Edomite" (v. 14), and "another adversary, Rezon the son of Eliadah... an adversary to Israel all the days of Solomon" (v. 23-25),  "and Jereboam the son of Nebat," Solomon's servant and ruler over all the house of Joseph (v. 26-28).

At the end of Solomon's life we learn that he reigned over Jerusalem for forty years (v. 42), which is, providentially, a number repeated throughout Scripture as a time of testing from Yahweh. By allowing Solomon to reign for forty years, we learn something great about Yahweh's providential reign over history. First we learn that He tests even the wisest of men over time. Second, we learn   that sometimes it takes the wisest of men to make the most foolish decisions. Third, we learn the wisdom of waiting upon the Lord. By studying 1 Kings 1-11, we wait with anticipation to learn if Solomon in all of his wisdom would maintain the greater wisdom of Yahweh, the greater wisdom that once, long before Israel was even a people, blessed and prospered the kingdom of Joseph along with the seed of Abraham.

By turning away from Yahweh, His word, and His Spirit, our anticipation of a great and glorious empire is met at the end of the story with a trinity of curses that fall upon the house of Israel, essentially dividing the kingdom against itself, causing it to falling down not long thereafter. By turning after the idols of land, our anticipation of Solomon's own greatness, too, is met in spades. He becomes exceedingly great in what we see him worshiping: a false god, a idolatrous leader, and a Pharaoh under which Israel would need a great exodus. Only by turning back to Yahweh in faithful obedience would a trinity of blessing for Israel result. But as we learn from the following chapters in the book of Kings, no one turns back to Yahweh without His gracious provision of a King after his own heart, who rules according to His Word and Spirit. We learn that only a trinitarian Emperor can save an empire from a trinity of false leaders, false worship, and false hope.

Posted by Epexegesis at 10:25 AM
Email ThisBlogThis!Share to TwitterShare to FacebookShare to Pinterest
Labels: Deuteronomy, Exodus, I Kings, Typology