The World Beholds its King: Literary Structure and Movement in John 18-19 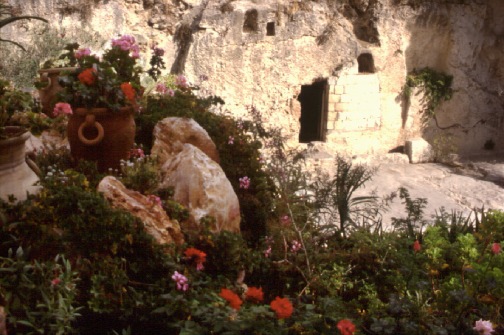 This past month I attended my first intensive course at the Trinity House Institute for Biblical, Liturgical, & Cultural Studies. The course was titled How To Read the Bible, which involved multiple lectures, tons of fellowship, and a full week of morning, noon, and evening worship all centered on Christ and His Word. As I've been reflecting upon that training, one of the things I valued most about the course was its two-hour group discussions for certificate students each day. Those discussions involved specific assignments of biblical texts --sometimes multiple chapters together-- and one of them was on chapters 18 & 19 of John's gospel. Those conversations with Dr. Leithart, James Jordan, and the other students were extremely helpful, which spurred further thoughts of my own worth sharing.

In his classic (and unfortunately forgotten) work, The Genius of John: A Composition-Critical Commentary on the Fourth Gospel, Peter Ellis lays out the chiastic framework recorded by the apostle John in chapters 18 & 19 (See below):

Working with this chiastic composition in mind, multiple parallels stand out to me. The first and most obvious parallel is A and A'. Both scenes take place in a "garden" (18:1; 19:41 ESV). This mention of a garden is what provides a clear inclusio for the literary structure of chapters 18 & 19. Even though this section begins and ends in a garden, the first garden where Jesus is arrested is likely not the location of the second garden, because the second garden is where Jesus body was buried in a tomb. But the garden scenery is very important thematically nonetheless. And so, according to John's own structure, we know that Jesus moves from arrest to burial, from the garden out into the world and then back to the garden.

Upon closer examination of the chiasm above, this movement from garden to tomb has many other striking parallels.

First, in sections A through A', the history that John records moves from Jesus' arrest (A) to his trial (B) to his torture (C) to his crucifixion (B') to his burial (A'). Secondarily, and in a fashion of mockery, the story moves from Israel's election of Jesus (A) to his examination (B) to his coronation (C) to his procession (B') to his installation (A') as Israel's King. And last of all, but just as strikingly, John records a movement which symbolizes the Tabernacle, Courtyard, and World boundaries and Jesus' presentation in the midst of all of them. Scene A moves from his election in the garden, then out into to "courtyard" (18:15), followed by his coronation in the midst of the world--in Pilate's "headquarters" (18:28), and then proceeding back to the land where a cross-shaped tree of life awaited him on a hill, and then back into the garden where he would finally be installed as King of the world in a tomb. The movement looks like this (below):

These aren't my final thoughts on the matter, but the parallels are striking. Why is it that John records movement from a garden to a "courtyard" and then to Pilate's house, skipping Jesus' trip to Ciaphas' house altogether (vv. 24 & 28)? To me that seems intentional on John's part in order to move from garden to courtyard to world as those typological boundaries of the Tabernacle are laid out in Scripture. (See my previous posts here and here regarding that imagery.) All of my accumulating posts about tabernacle/temple typology can be found here.

Is all of this merely a coincidence?