Leithart and The Tree of Life (film) 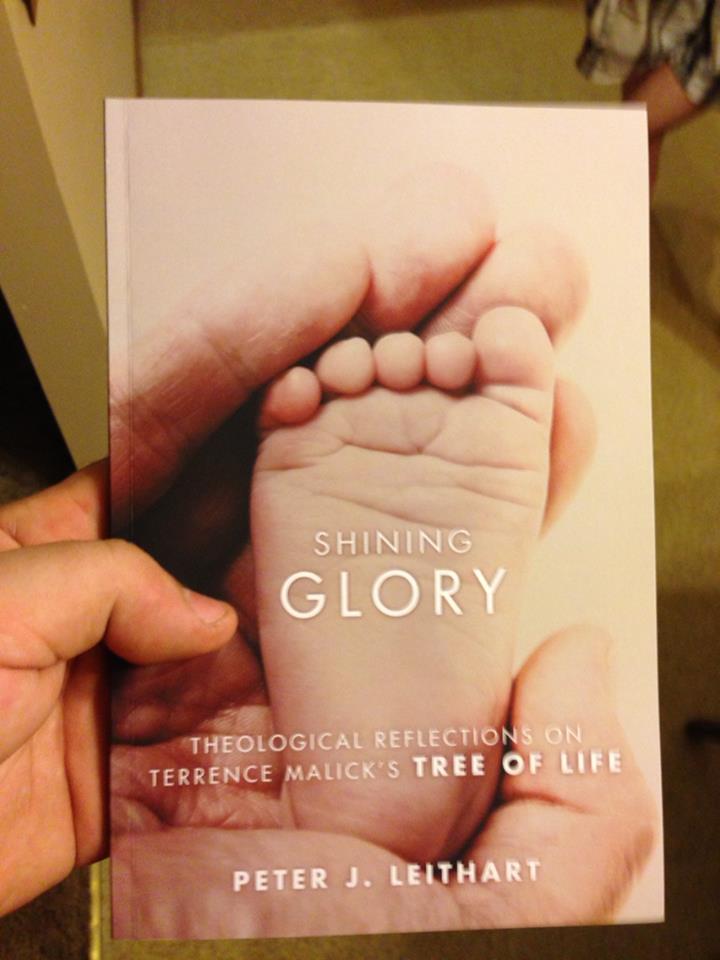 Only three chapters into Peter Leithart's latest theologically sophisticated work, Shining Glory: Theological Reflections on Terrence Malick's Tree of Life, and I couldn't resist posting something from the book. For those who have not seen Malick's film, The Tree of Life, it is available for purchase here, or for those who like renting movies before buying, a 24-hour rental can be found here.

This particular comment caught my eye early on in the book:


Juxtaposition of scenes, and the layered overlap of scenes and dialogue are crucial techniques for Malick. Early in the film, as Mrs. O'Brien completes her opening meditation on nature and grace, she says "The nuns taught us that no one who lives in the way of grace comes to a bad end." At that moment, the camera closes in on R.L., whose early death appears to be a standing contradiction to the nuns' simple message. In a charming moment early in the second half, we see toddler Jack being led by a mysterious female figure through a forest. Then he is in an underwater bedroom, his teddy bear floating nearby and his crib rising and beginning to overturn. He swims through the door and Malick cuts to Mrs. O'Brien in the final stages of labor. The underwater bedroom is the womb, the swim out of the door is Jack's birth. This juxtaposition sets up visual allusions later on. When Jack is a young teen, a boy drowns in the local swimming pool, and it is as if Jack has passed through a second birth into questioning adulthood. Near the end of the film Mrs. O'Brien swims out a door into a new life. What was initially a figure of birth finally becomes a figure of new birth, resurrection.1

Commenting a few pages later on Terrence Malick's "thematic breadth and exploitation of the aesthetic capacities of the film," Leithart concludes:

I have watched Malick's earlier films with appreciation, occasionally with awe, but none comes close to the majesty, beauty, and challenge of the Tree of Life. ...All the life of everything is here--creation and consummation, birth and death, laughter and tears, success and failure and the failures embedded within success, male and female, sin and shame, trees and water and sky and sun, distant galaxies and the neighbor's lawn. One of the purposes of art is to enhance our attention to the world around us, and by this standard Malick's film is art of the highest order.2

Posted by Epexegesis at 4:58 AM
Email ThisBlogThis!Share to TwitterShare to FacebookShare to Pinterest
Labels: Miscellanea