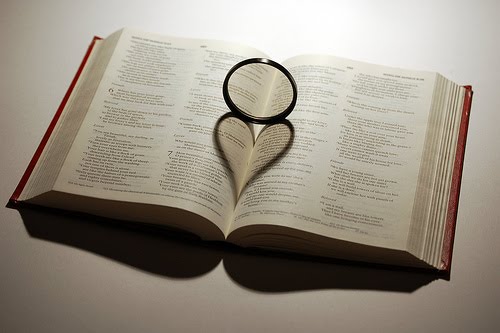 While he was saying these things to them, behold, a ruler came in and knelt before him, saying, "My daughter has just died, but come and lay your hand on her, and she will live." And Jesus rose and followed him, with his disciples. And behold, a woman who had suffered from a discharge of blood for twelve years came up behind him and touched the fringe of his garment, for she said to herself, "If I only touch his garment, I will be made well." Jesus turned, and seeing her he said, "Take heart, daughter; your faith has made you well." And instantly the woman was made well. And when Jesus came to the ruler's house and saw the flute players and the crowd making commotion, he said, "Go away, for the girl is not dead but sleeping." And they laughed at him. But when the crowd had been put outside, he went in and took her by the hand, and the girl arose. And the report of this went through all that district.

This brief story may be the most difficult to decipher among the ten miracles listed within chapters 8 & 9 of Matthew's gospel. And it's particularly difficult for multiple reasons. First of all, it's difficult because it's describing two miracles in tandem, not simply one isolated miracle. And because multiple shades of meaning and authorial intent can be (and often are) emphasized within each miraculous story, one can easily assume right from the outset that the shades of meaning and authorial intent within a tandem-miracle story are at least twice as complex as those with only a single miracle. To be sure, there are degrees of complexity which vary from story to story -- degrees which can only be determined by deciphering the similarities and contrasts of both miracles side-by-side -- but nonetheless, it is reasonable to assume a much greater complexity of meaning when an author presents two tandem miracles within a single miraculous narrative. Of course, the complexity increases even more when multiple authors describe the same miraculous story in their own words, but in different ways, which is what we have with this miracle story (i.e. Matthew, Mark, and Luke).

Secondarily, the literary picture which Matthew paints for us is very different from what Mark and Luke portray. This ultimately means that the divergencies of Matthew's gospel are going to be more difficult to harmonize with Mark and Luke. For example, in Matthew's gospel, the woman who's been bleeding for 12 years gets a hold of Jesus' attention by simply clinging (ἅπτω)1 to the tassel of his robe (c.f. John 20:17) and nothing more; and then after Jesus turns around to speak directly to her, we find the following declaration: "And instantly the woman was made well" (v. 22). In this way, Matthew is connecting the power of Jesus' words with the power of healing this woman. Instead of repeatedly emphasizing her contact with Jesus -- via a "touch" -- as bringing healing to her (c.f. Mk. 5:27-33 and Lk. 8:44-48), Matthew minimizes an emphasis upon her "touch" in order to maximize the appearance of a small window of hope for her to get Jesus' attention -- to get him to turn around and declare healing words directly to her.  But Mark and Luke both portray the same event differently than Matthew. They both portray the woman suffering from a discharge of blood as though she reached out to Jesus and was healed before He knew who touched him. Mark's gospel says that after she touched Jesus' garment,


...immediately the flow of blood dried up, and she felt in her body that she was healed of her disease. And Jesus, perceiving in himself that power had gone out from him, immediately turned about in the crowd and said, "Who touched my garments?" And his disciples said to him, "You see the crowd pressing around you, and yet you say, 'Who touched me?" And he looked around to see who had done it. But the woman, knowing what had happened to her, came in fear and trembling and fell down before him and told him the whole truth. (Mark 5:27-33)

Luke's gospel (8:44-48) emphasizes this event in a very similar way, but with an additional note about her hiding among the crowd:

...and immediately her discharge of blood ceased. And Jesus said, "Who was it that touched me?" When all denied it, Peter said, "Master, the crowds surround you and are pressing in on you!" But Jesus said, "Someone touched me, for I perceive that power has gone out from me."  And when the woman saw that she was not hidden, she came trembling, and falling down before him declared in the presence of all the people why she had touched him, and how she had been immediately healed. And he said to her, "Daughter, your faith has made you well; go in peace."

Notice carefully how Mark's story and Luke's story both emphasize her "touch" upon Jesus as bringing physical healing. They both also emphasize that this physical healing occurred before Jesus knew who it was that was just healed by him; whereas if Matthew's story was the only one available to us, we would be left with the impression that Jesus knows exactly who touched her; and it isn't her "touch" that brings physical healing. In Matthew's story, it's the power of Jesus' words which bring healing. And since I'll be discussing more about this in a future post, I'll simply say that this is a very important distinction to make for understanding Matthew's portrayal of this historical event, and leave it at that for now.

Even though I'm personally persuaded that Matthew is offering his own unique perspective about this event, I'm not going to pretend as though I know how to perfectly harmonize all of these and other divergencies throughout the synoptic gospels. But I am willing to conclude that Matthew is following a different rhetorical convention than Mark and Luke, and he's also painting his word-pictures with a different purpose in mind than Mark and Luke. Sometimes these different purposes are blatantly obvious; sometimes they're extremely subtle. But whether they're obvious or subtle, once they're discovered, all sorts of connections with the larger story are opened to the audience, each with their own invitation to explore even deeper into the theological depths of God's revelation.


For example, once the subtle difference between Matthew's clinging "touch" and Mark & Luke's powerful "touch" is distinguished, the underlying Christology of Mark & Luke becomes that much more apparent. When compared with Matthew's story (Matt. 9:18-26), Mark and Luke both seem to distinguish between Jesus' human and divine nature in order to highlight his divine power, whereas Matthew doesn't show any interest at all in highlighting that kind of distinction (perhaps because his Jewish audience would have already concluded Jesus' divine power from the surrounding context of Jesus' authoritative word). In Mark and Luke, it is through the work of Jesus' divine nature that the woman receives healing by touching Jesus, but in his human nature Jesus is completely ignorant of who touched him when he "perceived that power had gone out from him." Jesus, in his human nature, did not know who touched him, and so Mark describes Jesus as searching the crowds to learn who touched him to receive healing. Matthew's gospel, however, makes no such distinctions because he's interested in continuing the narrative in which he already affirmed Jesus' divine authority to heal and restore Israel.


Last of all, Matthew's narrative (9:18-26) is difficult because it's chronology is very different from Mark and Luke. In the gospels of Mark and Luke, this story takes place immediately after returning from the other side of the Sea of Galilee where Jesus had just cleansed the demon-posessed man, and it also takes place long after Jesus was feasting with his disciples in Matthew's house. But in Matthew's gospel, this chronology of events is reversed. In Matthew's story, the events of 9:18-26 take place long after Jesus returned from cleansing the demon-possessed man, and it also happens while Jesus is feasting with his disciples inside Matthew's house. Notice carefully what the opening words of Matthew's story say:


"While he was saying these things to them, behold, a ruler came in and knelt before him..."

What were those "things" he "was saying" and who were "they" to whom he said those things? Well, if Matthew wanted his audience to make the connection from one story to another, it's obvious that those "things" refer to Jesus' discussion with the Pharisees and John's disciples -- a discussion which took place during a great feast which Matthew prepared for Jesus and his disciples within his own home. My own conclusion is that this encounter with the "ruler" and the "woman who had suffered from a discharge of blood for twelve years" did actually begin in Matthew's own home. I don't believe Matthew is generating a fictional narrative here. My main reason for believing that this encounter began in Matthew's home is because Mark and Luke both describe the timing of this event in a more general way than Matthew (c.f. Luke 8:40-41 and Mark 5:21-22). Mark simply lumps two circumstances together. First, Jesus is said to be with a crowd of people by the sea of Galilee. Then Mark mentions very casually that "one of the rulers came to him then." That is hardly a recipe for specificity. And the same is true with Luke's story. Luke simply says that "when Jesus returned" from cleansing the demon-posessed man, a crowd of people welcomed him, and then, shortly thereafter, the "ruler" comes to Jesus, falling down to his feet. Matthew's story is, by far, the clearest statement of where this story takes place. It was "while Jesus was saying these things" in Matthew's house that "behold! a ruler came in and knelt before him..."

When all is said and done, Matthew's own intended meaning and purpose is what needs to be deciphered, and so far, I've only scratched the surface of Matthew's story. So in a future post, I plan on exploring deeper into Matthew 9:18-26.

1.  In John 20:17 we read: "Jesus said to her, 'Do no cling (ἅπτω) to me, for I have not yet ascended to the Father." ἅπτω literally means to "fasten" or "attach," which is why the general use of the term means to "hold" or "touch" in a sense which is more than just momentary. ἅπτω does not mean "tap," "poke," or to "brush up against" something because all of those modern terms imply momentary "touches," whereas the "touch" (ἅπτω) of Matthew 9:18-26 and John 20:17 refers to something more than momentary.

Posted by Epexegesis at 5:40 AM
Email ThisBlogThis!Share to TwitterShare to FacebookShare to Pinterest
Labels: Biblical Interpretation, Matthew