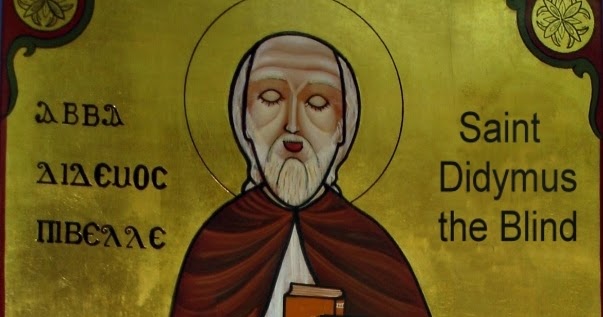 Commenting on Zechariah 12:1-3, Didymus the Blind (313-398 A.D.) makes all of the historical connections presented so far in this series, regarding Jesus' prophecies about the destruction of Jerusalem in 70 A.D.

An oracle of the word of the Lord on Israel. Thus says the Lord, who stretches out the heaven, lays the foundation of earth, and forms a spirit of a human being in it: Lo, I am making Jerusalem like a shaken threshold for all the people round about and in Judah; there will be a siege against jerusalem. On that day I shall make Jerusalem a stone trodden on by all the nations; everyone who treads on it will mockingly mock it, and all the nations of the earth will gather against it.
The prophet Zechariah prophesies the fate of Judah and Jerusalem and its inhabitants after the crucifixion of Jesus, receiving his message from the Creator of everything, who stretches out the heaven lays the foundation of earth, and forms a spirit of a human being in it.
...The one who stretches out heaven lays the foundation of the earth, and forms the spirit of the human being in it threatens to devastate and destroy the city and region of the Jews on account of the crimes committed by those guilty godless deeds against the savior who has come. They inflicted the cross and scourging, remember, on the one who gave his life as a ransom, removing the sin of the world--and this despite his coming for the salvation of all. Now, what is the awful fate he forecasts for the Christ-killers? Lo, I am making Jerusalem like a shaken threshold and Judah for all the peoples round about so that they will no longer have a basis and security because they will be abandoned by the one who laid its foundation and protects it.
...Before the abandonment and surrender, remember, the city to which this refers was a house and inheritance and beloved soul; but later he said of it because of its impiety towards him, "Lo, your house is left to you in ruins."1
...The awful fate that was threatened befell both the material Judah and its capital, which in fact was destroyed to the point that there was no longer stone standing on stone.2
...On approaching Jerusalem the savior had said this would happen to her: "Jerusalem, Jerusalem, if even you had only recognized the things that make for peace. But now they are hidden from your eyes: your enemies will come upon you, surround you, and throw a rampart around you,"3 so that you will be abandoned and dashed to the ground, with all then hostile nations encircling you, and so you will be seen to be desolate. "When you see Jerusalem surrounded by armies," Scripture says, remember, "you will know that its devastation has come near."4 The killers of the Lord had actual experience of this when the Romans overpowered them, destroyed their cities, and enslaved them; they were taken off into captivity or, rather, uprooted from their motherland, and so no longer had their own land or country, but were taken to every quarter of the earth.
In reference to the wrath that had at last befallen Judah and its inhabitants, an historian, one individual from those who actually experienced it, wrote an account in many volumes of them and their places,5 so that the fulfillment is indisputably visible both of what the savior said and of what Zechariah uttered in prophetic mode, beginning with the verse I am making Jerusalem like a shaken threshold. When the threshold was reduced to shaking and the city subjected to a siege, all the foreign nations scornfully entered and trampled on it like an unclean stone, no longer approaching it as a shrine and sacred surface, showing no respect or performance of due rites of expiation and purification. They mockingly mocked it like a ruin, with everyone from that time coming to it to "plough it like a field."6

Commenting on Zechariah 12:10, he wrote:

Having fallen foul of grievous misfortune, the Jews, after gaily murdering the Lord, were in the grip of severe pangs of grief as if grieving for a dear departed and lamenting a firstborn son; "wrath has overtaken them at last,"7 the result being that their homeland has been ruined and they have been enslaved and forced to wander throughout all the earth. It is possible to learn from the present text itself that it was by the decree of God's providence that they were subjected to this for the sacrilege they committed in subjecting the savior of all to crucifixion.8

There is reference to days of the Lord when harsh and punitive actions are taken on the guilty, as sense you can find confirmed in many places. ...After the verse saying, Lo, days of the Lord are coming, when your plunder will be divided in your midst, the Lord immediately says he will assemble all the nations against them to battle, as happens on a day of engagement; the nations are assembled for military action in the assault on Jerusalem.
Such things befell them, resembling the savagely inhuman fate of the inhabitants of Jerusalem and Judea when the Jews were captured by the nations on account of the guilt incurred by the killers of the Lord. "The nations raged, the people informed vain and futile plots, the kings took their stand, and the rulers came together in concert against the Lord and against his Christ. God ridiculed and mocked them, in wrath speaking against them and in his rage confounding them."9 So the apostle writes to the same effect about those who killed the Lord and the prophets and persecuted the apostles: "God's wrath has overtaken them at last."10 It was noted above as well that a Jewish historian, Josephus by name, truthfully and precisely described the disasters befalling the nation, including starvation and other misfortunes much worse than that; the searcher after good can meditate on it if interested in reading directed to learning and the fear of experiencing the same fate.11