Highlighting the rapidity of disaster 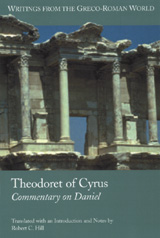 Commenting on the book of Daniel, Theodoret, bishop of Cyrus (423-457 A.D.), clearly interpreted the "abomination of desolation" mentioned in Daniel's prophecy as foreshadowing a future, first century fulfillment of the "abomination of desolation" mentioned by Jesus in Matthew 24:15. This, of course, is another example of what I've been showing throughout this series: the early Christian Church saw Jesus clearly prophesying about the Jewish wars and the factions which resulted in the destruction of Jerusalem in 70 A.D.

Likewise, in his commentary on the twelve prophets, Theodoret makes similar connections. When discussing the prophecy Zechariah about the Lord's feet standing on the Mount of Olives (14:4), he describes the fulfillment of such promises as the victory given to Jesus as the Lord of armies, even of the Roman armies as they surrounded the apostate, anti-Christian Jews during the siege of Jerusalem. He wrote:


"On that day his feet will stand on the Mount of Olives, which is opposite Jerusalem from the east." From where he ascended into heaven, from there he gives the victory to those fighting against the Jews. He then says the mountain would be divided into four parts, one going to the east, one to the west, one to the north, and one to the south. ...By "mountain" he refers to the cohort of the enemy divided for the purpose of besieging Jerusalem, some occupying its eastern part, some its western, others guarding the north, others the south.2