Players in an Emotivist Drama 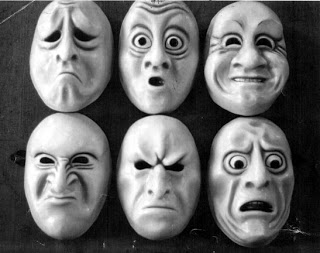 The following excerpt is taken from Telford Work's Ain't Too Proud to Beg: Living through the Lord's Prayer1:


In After Virtue Alasdair MacIntyre describes three indispensable characters of modern society: the aesthete, the manager, and the therapist.2 We all know them well (especially those of us who have or are leaders in the American Church): lampooned in the black humor of The Simpsons, South Park, and Dilbert, these types are ubiquitous and socially indispensable. As characters, they fuse a psychological profile and a social role into one powerful unity that embodies their culture. McIntyre locates these three modern characters within an underlying philosophical culture of emotivism, which reduces moral judgments to the expressions of personal preferences.3 (In the words of Mormon philosopher Napoleon Dynamite, "Just follow your heart. That's what I do.") Emotivism flourishes among the social classes, institutions, and professions whose purposes it serves most naturally and organically.4 These groups benefit from emotivists reduction of ethics to self-expression. Emotivism is a twentieth-century British invention,5 and MacIntyre's characters are also of course the principal authorities in Dalrymple's6 world. They spread its moral ideology among all who entrust themselves to them, catechizing both their cultures' natives and its new arrivals in the dogma that moral truth boils down to authentic self-expression.
Emotivism is immensely advantageous for powerful classes, institutions, and professions. It goes beyond even the divine right of kings in absolutizing their authority. Cultivated taste, proven effectiveness, and earned credentials are their own justification. However, emotivism pressures the powerless into the role of a very different character: the victim. The moral choices of a victim are radically constrained by the choices of the powerful. It is tempting to consider the victim a fourth character in emotivist culture. After all, what would aesthetes be without vulgar masses, managers without worker-drones, and therapists without patients?
The greatest comfort to emotivism's elites, the absolute sovereignty of the emotivist self, is the sorest spot for emotivism's victims. You see, if victims are moral agents too, then at least some of their failures should reflect the choices they have made. This is the condition Dalrymple's patients and inmates cannot bring themselves to face. They plead with Dalrymple that they fail because they are too easily led, or feel in with the wrong crowd, or took drugs because they were widely available. They refuse to take the blame for their mistakes.

They go to some length to provide an answer other than that they like it and found pleasure in doing what they knew they ought not to do. "My grandfather died," or "My girlfriend left me," or "I was in prison": never do they avow a choice or a conscious decision. And yet they know that what they are saying is untrue: for they grasp the point immediately wen I tell them that my grandfather, too, died, yet I do not take heroin, as indeed the great majority of people whose grandfathers have died do not.7


They grasp Dalrymple's point because they too are players in an emotivist drama.
Like yin and yang, a common moral axiom creates emotivism's winners and losers in one stroke and pits them against each other. Each group's existence drives the other to hypocrisy. Elites must pay lip services to the determinism that comforts victims, but they dare not direct it at themselves. Victims can acknowledge the moral agency they share with their successful neighbors and superiors, but they prefer to shift blame to structures both personal and impersonal.

This is the lie that is at the heart of our society, the lie that encourages every form of destructive self-indulgence to flourish: for while we ascribe our conduct to pressures from without, we obey the whims that well up from within, thereby awarding ourselves carte blanche to behave as we choose. Thus we feel good about behaving badly.8