The Church is one and universal

Ephesians 4:4-6
There is one body and one Spirit, even as ye are called in one hope of your calling; one Lord, one faith, one Baptism; one God and Father of all, who is above all, and through all, and in you all. 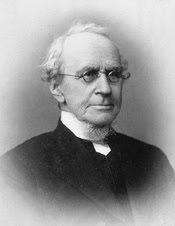 This is the image of the Church, as delineated by the hand of the inspired Apostle. In the whole world, we find nothing so resplendently beautiful and glorious, under any other form. The picture is intended to enforce the great duty of charity and peace, among those who bear the Christian name. In the preceding part of the epistle, Christ is exhibited as the end of all separation and strife to them that believe, and the author of a new spiritual creation, in which all former distinctions were to be regarded as swallowed up and abolished forever. Reference is had in this true spirit and sense, it is plainly as comprehensive as humanity itself, and looks therefore directly to every other distinction of the same sort, that ever has been or ever shall be known in the world. Christianity is the universal solvent, in which all opposites are required to give up their previous affinities, no matter how old and stubborn, and flow together in a new combination, pervaded with harmony only and light at every point. "In Christ Jesus, neither circumcision availeth anything, nor uncircumcision, but a new creature." "Those who were afar off, are made nigh by his blood." "He is our peace, who hath made both one, and hath broken down the middle wall of partition between us; making in himself of twain one new man." In him, all spiritual antagonism among men is subverted. The human world is reconciled first with God, and then with itself, by entering with living consciousness into the ground of its own life as revealed in his person. Such is the idea of the Church, which is "the body of Christ, the fullness of Him that filleth all in all." And now at length, passing from doctrine to practice, the Apostle calls upon those to whom he wrote to surrender themselves fully to the claims of this exalted constitution. "I therefore, the prisoner of the Lord beseech you, that ye walk worthy of the vocation wherewith ye are called. With all lowliness and meekness, with long-suffering, forbearing one another in love; endeavoring to keep the unity of the Spirit in the bond of peace." Such a temper, and such life, are necessarily included in the very conception of the Church, as here described.

"There is one body and one Spirit, even as ye are called in one hope of your calling; one Lord, one faith, one Baptism; one God and Father of all who is above all, and through all, and in you all." He does not say, "Let there be one body and one Spirit," as simply urging Christians to seek such agreement among themselves as might justify this view of their state; but the fact is assumed as already in existence, and is made the ground accordingly of the exhortation that goes before. There is one body and Spirit, and therefore are ye bound to keep the unity of the Spirit in the bond of peace. The unity of the Church is not something which results first from the thought and purpose of the vast membership, of which it is composed; but on the contrary, it is the ground out of which this membership itself springs, and in which perpetually it stands, and from which it must derive evermore all its harmony, and stability, and activity, and strength.

From the beginning, this great truth has dwelt deep in the consciousness of the Christian world. Through all ages, and in all lands, that consciousness has been uttering itself as with one mouth, in the article of the creed, I believe in the Holy Catholic Church. The Church is one and universal. Her unity is essential to her existence. Particular Christians, and particular congregations, and particular religious denominations, can be true to themselves, only as they stand in the full, free sense of this thought, and make it the object of their calling to fulfill its requisitions. The manifold is required to feel itself one. All particularism here must be false, that seeks to maintain itself as such, in proportion exactly as it is found in conflict with the general and universal, as embraced in the true idea of the body of Christ.1