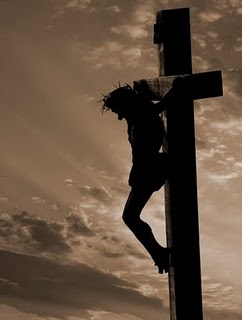 As noted in the previous post, when compared with other available manuscripts, there isn't much evidence to lend credibility toward the presumption that the phrase, "this is my body broken for you," is an inferior textual variation; certainly no more credible than the claim of superiority attributed to the statement, "this is my body which is for you."  Rather, at best, modern theories of textual transmission merely provide a more convenient set of choices from which to choose textual variations that appear to contradict other theological doctrines.  In the case of I Cor. 11:24, modern theories of textual criticism make the latter option, "this is my body which is for you", the more convenient choice of text to harmonize with Luke's gospel, which, without any dispute, says "this is my body given for you."  The omission of Paul's insertion -- the insertion of the word "broken" in place of "given" -- is only deemed the more authentic choice by a fiat decree of modern scholasticism.  Even though I am by no means a "KJV-only" theologian, the sheer volume and widespread breadth of textual evidence is overwhelmingly in support of the King James translation of I Cor. 11:24 (i.e. "this is my body which is broken for you"), which does lend credibility to it's authenticity.1

When handling the fulfillment of prophecy concerning Jesus' bones not breaking, the apostle John seems to be referencing Psalm 34:20.  In Psalm 34:20, King David is portrayed as the suffering servant who rejoices in the deliverance he graciously received from the Lord's hand.  And at the end of that Psalm, King David describes the righteous man who suffers as a servant of the Lord, and it is there that he says "[the Lord] keeps all his bones; not one of them is broken."  In quoting this Psalm, the typology of John's gospel presents Jesus as the greater David, the servant King who suffers as the righteous one par excellence.  And not one bone of any righteous one, especially not the Righteous One, will be broken.  David's teaching immediately prior to this is worth noting carefully. Psalm 34:19 (ESV), reads:


Many are the afflictions of the righteous, but the Lord delivers him out of them all.


Notice carefully that the individual is considered in the mind of the Psalmist, which includes himself, but especially the most righteous individual in history.  Instead of affliction destroying the righteous one, it actually leads to the destruction of the wicked.  In the verse immediately following John's reference to Jesus (Ps. 34:21, ESV), it says:


Affliction will slay the wicked; and those who hate the righteous will be condemned.


In the context of John's gospel, which uses this Psalm to point to the fulfillment of Christ's once-for-all sacrifice of himself, those who were familiar with the Jewish scriptures probably knew this Psalm and identified with John's reference to it.  According to John and the Psalm from which he quotes, not only is some physical suffering of the Righteous One prophesied, but also the destiny of those who reject the Righteous one.  How righteous was Jesus, even though he was crucified as an unrighteous criminal by the world's standards?  His unbroken bones are proof of his righteousness; and those who hate the Righteous One will be condemned.

Furthermore, even though King David says that not one bone of the Righteous One will be literally broken, Psalm 34 is not the only prophetic Psalm with Christological implications.  In Psalm 22, David also foreshadows Christ's suffering on the cross, saying "My God, My God, Why have you forsaken me?" (22:1; cf. Matt. 27:46), "they have pierced my hands and feet" (22:16; cf. Luke 24:39-40), and "they divide my garments among them, and for my clothing they cast lots" (22:18; cf. John 19:24) while at the same time, and in the same Psalm, declaring that "all my bones are out of joint".  Is not the description of "all bones" being "out of joint" another way of describing his body being broken?  Isn't this clearly another Psalm which John says is fulfilled in Jesus' suffering on the cross (John 19:24)?

Which is it?  Were Jesus' bones broken or out of joint?  Is anyone even willing to allege that both propositions are contradictory?  Clearly this is a false dichotomy.  Both are possible and true.  The bones of Jesus' legs were not broken and Jesus' bones were out of joint.  The same can be truly said concerning Paul's use of the rite, "this is my body broken for you," when compared with John's theology. Not one of Jesus' bones were broken and Jesus' body was broken.

Many commentators over the last few centuries have also understood Jesus' body being broken as consistent with John's theology.2  For example, concerning I Cor. 11:24, John Calvin writes:


Which is broken for you. Some explain this as referring to the distribution of the bread, because it was necessary that Christ's body should remain entire, as it had been predicted, (Exod. xxii. 46,) A bone of him shall not be broken. As for myself, -- while I acknowledge that Paul makes an allusion to the breaking of bread, yet I understand the word broken as used here for sacrificed, -- not, indeed, with strict propriety, but at the same time without any absurdity. For although no bone was broken, yet the body itself having been subjected, first of all, to so many cruel tortures and inflictions, and afterwards to the punishment of death in the most cruel form, cannot be said to have been injured. This is what Paul means by its being broken.3 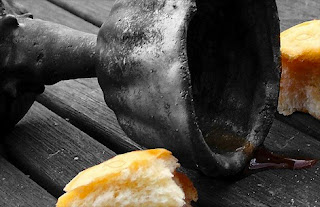 Now, let's go back to earlier concerns and try to tie this all together.  Let's go back to the allegations of John's theology contradicting Paul's.  John was certainly describing literal bones being broken as a fulfillment of Scripture.  But was Paul describing literal bones being broken?  Was Paul even describing Jesus' body being broken literally?  After all, keep in mind that Jesus' body was present when he said, "Take, eat; this is my body."  How much more then was it intended to be literal if he said that this "body" of his is "broken for you"?  Perhaps Paul only intended a symbolic "breaking" of Christ's body.

As long as we are using the Scriptures to interpret themselves, no matter which way one answers these questions, there is no contradiction to be found.  If one assumes that Paul was describing literal bones being broken, all one has to do is provide a counter-appeal to his actual words, which said that his body was broken, not his bones.  If one insists that Jesus' literal body was broken, all one has to do is affirm that proposition, because his body was broken (according to Psalm 22, which John quotes alongside Psalm 34).  If one wants to argue that Paul wasn't speaking of a literal breaking of Jesus' body, but instead was concerned with some purely symbolic parallel between breaking bread and Jesus' body, then there shouldn't even be a concern over an alleged contradiction.

One concern may still remain though: Even if there is no theological contradiction, what are we to make of Luke's account which does not say the exact same thing as Paul's?  Which statement did Jesus actually say?  Did he say "broken for you" or "given for you"?

I will attempt to answer this particular concern in a future post.