St. Jerome's Preterist Interpretation of "the Antichrist" and "lawless one" (2 Thessalonians 2:5-8 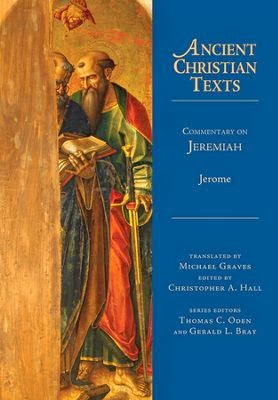 Commenting on Jeremiah 25:26, Saint Jerome notices the likeliness of Jeremiah camouflaging a reference to "Babylon" with the Hebrew name "Sheshach." Even the ESV translation notes this by translating the actual Hebrew word, Sheshach, as "Babylon."

I point this out not because Jerome's familiarity with ancient Rabbinic literary procedures is particularly noteworthy or unique to commentators of his day, but because from this specimen of Jeremiah's writings he deduces that prophets sometimes wrote cryptically for their own safety and for the safety of those who discern their warnings and take refuge in Christ because of it. According to  Jerome, even the apostles sometimes wrote cryptically to protect themselves and the faithful flock of Christ from soon-coming judgment upon the land. In this regard, Jerome's following comments about the apostle Paul's language in 2 Thessalonians 2:5-8 are particularly noteworthy, especially in light of the myriads of bizarre futurist (especially dispensational) interpretations of it in the 20th and 21st centuries. Instead of interpreting Saint Paul's words about the "lawless one" and its association with "the antichrist" of John's letters as entirely future to his own generation, Jerome follows a contemporary preterist interpretation of both these cryptic descriptions, which he thinks Paul's audience (i.e. Jewish converts of Thessalonica) would have understood. He writes:

I think that it was prudent for the holy prophet to hide the name of Babylon, lest he openly stir up against himself the madness of those who were besieging Jerusalem and who were ready to seize him at any moment. We read that the apostle did this same thing against the Roman Empire, writing about the antichrist:

Do you not remember that when I was still with you I told you this? And you know what is restraining him (understand: "the antichrist") now so that he may be revealed in his time. For the mystery of lawlessness is already at work; only he who now restrains it will do so until he is out of the way. And then the lawless one will be revealed, whom the Lord Jesus will slay with the breath of his mouth and destroy by the appearance of his coming.

By "he who now restrains" he means the Roman Empire. For until the Roman Empire is destroyed and taken "out of the way," the antichrist will not yet come, as it says in the prophecy of Daniel. But if he had chosen to say this openly, he would have foolishly stirred up the frenzy of persecution against Christians and the nascent church.1

The Obedience of Faith 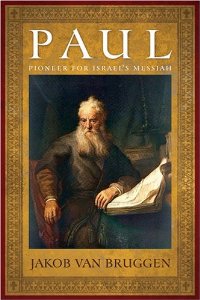 "What is special about Paul's work is that Gentiles, through faith in Jesus and the reception of the Spirit, are changed from disobedient Gentiles into obedient nations."1