The Divine Council in Psalm 82 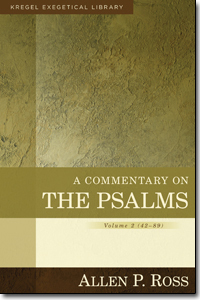 God stands up in the divine counsel; in the midst of the gods he judges.
I said, "You are gods, sons of the Most High, all of you. Yet you shall die like a man, and fall like one of the princes."

A third view accounts for the term "gods" and the reference to morality by including the spirit world in judgment. Accordingly, the human judges, who cannot be excluded from the interpretation of the psalm, are agents of supernatural beings who were assigned to different regions to ensure that justice would prevail (1 Kings 22:19-22; Job 1:6-12; 2:1-6; Dan 7:9-1-, 10:13, 20-21). The psalm may be set against the background of the religions of the ancient world, divine assemblies of lower gods who met to determine the course of worldly events. The psalmist would not have accepted the idea that they were viable gods, but rather that they were supernatural beings, or angels, who formed a heavenly court (meaning an assembly of supernatural beings appearing before God to receive their orders; see Job 1 and 2, in which assembly even Satan was present). These angelic beings were given the responsibility of overseeing the proper functioning of human society (see Deut. 32:8-9).2 However, many of them failed to comply with the divine commission and became the forces of evil of these nations represented by their gods (e.g. Ezek. 28:11-19; and Daniel 10). Their will was administered by human agents; they were responsible for the people they put in place and used. Because their failure to administer justice, they would receive an ungodlike punishment--death.
This explanation would account for the idea of a divine council mentioned in the psalm, as well as the judgment that these "gods" would die like humans. The psalm would then form a strong polemic against the pagan world in which the spirits that controlled countries were considered to be divine, and their agents, here human judges, considered to have divine authority.3

1.  For the credentials of Allen Ross and his bio, see http://www.beesondivinity.com/allenpross
2.  Not only do these verses (Deut. 32:8-9) in the Dead See Scrolls agree with the reading, "sons of God", but in the Greek version they agree as well: "When the Most High divided the nations, when he separated the sons of Adam, he set the bounds of the nations according to the number of the angels of God; and his people Jacob became the portion of the Lord, Israel was the line of his inheritance."
3.  Allen P. Ross, A Commentary on The Psalms, Vol. 2 (Grand Rapids, MI: Kregel Publications, 2013) pp. 715-6, 718-9.


Posted by Epexegesis at 7:32 AM No comments:
Email ThisBlogThis!Share to TwitterShare to FacebookShare to Pinterest
Labels: Daniel, Deuteronomy, Divine Council, Epexegesis, Ezekiel, I Kings, Job, Psalms

In his book, A House For My Name: A Survey of the Old Testament, Peter Leithart discusses the connection between the Creation & Garden symbolism of Genesis 1-3 and the Tabernacle/Temple symbolism as outlined in God's Law. Dr. Leithart writes:


Where were you when I laid the foundation of the earth?
Tell me, if you know understanding,
Who set its measurements, since you know?
Or who stretched the line on it?
On what were its bases sunk?
Or who laid its cornerstone,
When the morning stars sang together,
And all the sons of God shouted for joy?  (Job 38:4-7)

Earth, and especially mountains, are set on "foundations" (Deuteronomy 32:22; 2 Samuel 22:8, 16; Psalm 104:5) just like the foundations that hold up a house. Blue sky is stretched out above like a "tent curtain" (Isaiah 40:22). Pillars support the earth (Job 9:6) and heaven (Job 26:11). When God first appears in the Bible, He is building a house.
...It takes God six days to build His house, six days that are just like our days with the sun coming up in the morning and going down in the evening. After that, God rests on the seventh day, a day known as the Sabbath day.
...And so, at the end of the six days of creation, God has finished a "three story" house. Above is the "tent curtain" of blue sky, then the dry land, and finally the waters "below" the earth.
The Bible mentions this three-story house many times. In the second commandment, God forbids us to bow down to an image of anything in "heaven above, or on the earth beneath, or in the waters under the earth" (Exodus 20:4). That means we must not bow down to images of anything. "Heaven, earth, and sea" means "the whole universe."1
...Once God has made His three-story house, He puts Adam and Eve in it and gives them a job to do.2 ...When Adam is first created, he is put in the garden of Eden. The Garden is one of several different areas that God makes in the world. Remember that God initially makes a "three-story" world. In Genesis 2, we learn that the middle floor, earth, is divided into three "rooms." The Garden is only one of them. Genesis 2:8 tells us that the Lord God plants a garden "toward the east, in Eden," which means that the Garden is on the east side of the land of Eden. Eden is larger than the Garden, and outside Eden there were other lands, which are named in Genesis 2:11-13. If Adam had taken time on the first day to make a map, he would have drawn a map with several areas: the Garden, the land of Eden, and the larger world.

It is interesting to notice how these three "rooms" of earth match up with the three "stories" of the universe. To see fully how this works, another portion of the creation has to be considered, namely, the "firmament." Made on the second day of creation (Genesis 1:6), the firmament is not just the flat surface of the sky but the whole region that we call "outer space." We know this because the sun, moon, and stars are "in" the firmament (Genesis 1:14-19). It is also called "heaven" (Genesis 1:8). This means that God created a world with two "heavens": The heavens where God dwells and the visible heavens of outer space. When we add this to our picture of the three-story house, we see that the "attic" is divided into two sections.3


With these observations in mind, the arrangement of the tabernacle can be understood this way5:

Dr. Leithart also makes this following observation concerning the Tabernacle and the Garden of Eden:

A number of things in the tabernacle remind us of the garden of Eden. Like the Garden, it has a doorway on the east side (Genesis 3:24). The cherubim embroidered into the tabernacle curtains and built above the ark remind us of the Garden (Exodus 26:31-37). When a priest enters the Holy Place, he looks at the veil that has cherubim on it and is reminded over and over of the cherubim with the flaming sword in Genesis 3. Like the garden and land of Eden, the tabernacle is mostly off-limits. From the time of Adam to the time of Jesus, no one is allowed to go back into the Garden, past the cherubim, to enjoy God's presence. As Paul put it, the Old Covenant ministry is a ministry of death (2 Corinthians 3:7; see Hebrews 9:8-10). The tabernacle is a way of keeping the people of God at a distance.6