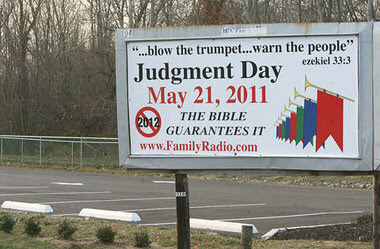 (See the previous post for the literary structure of the entire discourse.)
Continuing where I left of in part one of this brief series on Matthew 23-25, we arrive at the central pivot point of the Olivet Discourse, sections C and C'.

C) Jesus asks his disciples a question about the temple, and then promises its desolation (24:1—2)

Jesus left the temple and was going away, when his disciples came to point out to him the buildings of the temple. But he answered them, “You see all these, do you not? Truly, I say to you, there will not be left here one stone upon another that will not be thrown down.”


C’) The disciples ask Jesus three questions about the temple and its desolation (24:3)

As he sat on the Mount of Olives, the disciples came to him privately, saying, “Tell us, when will these things be, and what will be the sign of your coming, and of the end of the age?”

Notice that section "C" is extremely obvious about what is meant. Herod's temple in Jerusalem, which Jesus and his disciples had just walked out of, is pointed out by Jesus' disciples. Jesus then points back at the temple stones and declares that it will all be "thrown down", i.e. left desolate.

However, immediately thereafter--literally the very next verse composed within this discourse--we are told that as Jesus sat down on the Mount of Olives, across from and in plain sight of the temple they had just left, his disciples came to him privately, asking three questions. These three questions are asked within the close context of leaving Herod's temple, pointing to Herod's temple, discussing Herod's temple along with every one of its stones "thrown down", and sitting on a hill while viewing that same temple. The literary layout of those three questions in that scene is actually quite simple:

Here is where things get interesting. Throughout Church history, almost all of the Catholic and Orthodox "Fathers" who said anything about these three questions and Jesus' response to them interpreted these questions as being answered sequentially and linearly (in the following verses thereafter).

Accordingly, they interpreted Jesus' first answer as a response to the first question, teaching clearly that it pertained to the Jewish wars of 66-70 A.D. and the destruction of Jerusalem in 70 A.D. Next, they interpreted the second question as pertaining to the miraculous sign of Christ returning to earth visibly prior to the end of the physical, fallen world. (There actually was a small handful of Fathers who connected Christ’s “coming” here, in the second question, with the destruction of Jerusalem in 70 A.D., but for the purposes of this post, it isn't necessary to get sidetracked by that minority opinion.) Lastly, the Fathers interpreted Jesus' third series of answers as a response to the third question, arguing vividly that such pertained to the end of the fallen, but yet material world we live in.  As a result, all of the Fathers connected the second and third questions, and Jesus' responses to those questions, with their (and our) future. (This pattern is very important to memorize for now. You will understand its importance by the end of this post.)

Do you understand the significance of this pattern? I will say it one more time so it sticks...

And not only that, the majority of Church Fathers recognized that the first question that Jesus answered was addressing the Jewish wars of 66-70 A.D. and the destruction of Jerusalem in 70 A.D.!

Not only did the Church Fathers believe Jesus answered all three questions sequentially and linearly (e.g. Question 1 is followed by Question 2, then Question 3, followed by an Answer to #1, then an Answer to #2, and finally the answer to #3), but the majority of them over many centuries also interpreted the second and third questions (and Jesus' answers), as referring to something entirely different than the first question and Jesus' answer to it. They transition from a discussion about Jerusalem and its temple in the first question to the end of the physical, fallen cosmos in the second and third questions.

This isn't much different from what we hear (or believe) in churches around the world today, right?

Here is what I have to say to that: There are at least three significant problems with that interpretation, and the final (third) reason I will list below strikes a death blow to it.

The first significant problem is that every other reference within Matthew’s Gospel corresponding to the “sign” of Christ’s “coming” in judgment or the “end of the age” are explicitly stated in terms of events occurring within the first century.

But when he saw many of the Pharisees and Sadducees coming to his baptism, he said to them, “You brood of vipers! Who warned you to flee from the wrath to come? (Matthew 3:7, the prophet John speaking to the Scribes and Pharisees)

When they persecute you in one town, flee to the next, for truly, I say to you, you will not have gone through all the towns of Israel before the Son of Man comes. (Matthew 10:23, Jesus speaking to his disciples)

Again, the kingdom of heaven is like a net that was thrown into the sea and gathered fish of every kind. When it was full, men drew it ashore and sat down and sorted the good into containers but threw away the bad. So it will be at the end of this age. The angels will come out and separate the evil from the righteous and throw them into the fiery furnace. In that place there will be weeping and gnashing of teeth. (Matthew 13:47, Jesus speaking to his disciples; c.f. Galatians 1:4, which shares the same construction of "this age" in Greek)

For the Son of Man is going to come with his angels in the glory of his Father, and then he will repay each person according to what he has done. Truly, I say to you, there are some standing here who will not taste death until they see the Son of Man coming in his kingdom. (Matt 16:27, Jesus speaking to his disciples)

Everything within the broad context of Matthew's Gospel suggests one cataclysmic event culminating within the first century, upon that generation, at the end of that old covenant age in which Israel's temple was central. In the close context of the Olivet discourse, Jesus clearly has one cataclysmic event in mind as well (i.e. “there will not be left here one stone upon another that will not be thrown down”). Therefore it is presumptuous to insist that this would prompt the apostles to ask three questions, but with only one of the three questions being related to the events that Jesus and his disciples have both clearly illustrated. Moreover, if Jesus (or Matthew) is suddenly introducing the same terminology as utilized elsewhere in this Gospel, but with entirely different time references and meanings as everywhere else in the same letter, I think it's safe to say that this would make both the second and third questions and Jesus’ answers to them inexplicable, inconsistent, and confusing within the context of Matthew’s letter.

The second significant problem is that the disciples ask about the end of the "age," not the end of the "globe" or the "earth" or the "world" or "physical cosmos." There are distinctive greek words for those concepts, and Matthew does not record Jesus using them. The greek word that Matthew records is aion. The essence of aion indicates time, not space or matter. That is why the cognate Latin terms are aeuum or aevum, which both mean “age”, and are present in such words as “longevity” (meaning “long-age”) and “mediaeval” (meaning “middle-age”). From Greek to English, the phrase “unto aions of aions” is translated as “for eternity” because the essence of aion denotes time. There are no internal indicators within the discourse that conjure up an idea about the end of the globe, the earth, the world, or the physical cosmos. That is because the Greek word used denotes age. Matthew records Jesus teaching about the end of the old covenant age in which they lived, in that generation of the temple's desolation.

Take a few extra moments to let that sink in....

Now, if we glance back at the last post in this series we can see that in section B' Jesus answers all three questions in eight distinctive subsections (thus mirroring section B, which also is composed of eight distinctive subsections). The exact sequence in which Jesus answers those three questions is the inverse of what the Church Fathers presumed, and is illustrated below, beginning with Jesus answering the third question and working back to answering the first question last:

Go ahead and study those verses yourself. Study the language recorded by Matthew. Notice the parallels. If you can study the Greek text, even better. It is glaringly obvious that such is exactly the sequence in which Jesus responded to the three questions of his disciples. Jesus answered the third question first, and the first question third. But why does this matter, you (the reader) might ask? It matters because it is overwhelmingly demonstrable that the majority of Church Fathers who referred to the Olivet Discourse were crystal clear about interpreting Jesus' initial response in 24:4--22 as referring to the Jewish wars and the destruction of Jerusalem in 70 A.D.

In the next post I will show verse by verse, section by section, how crystal clear the language and structure of Jesus' answers really are.