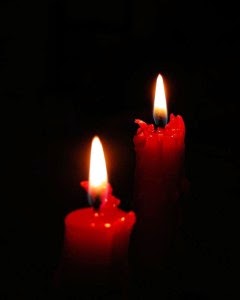 In the 14th year of Hezekiah’s reign, Sennacherib the king of Assyria waged war against the cities of Judah—including Jerusalem. But Hezekiah, king of Judah, was not willing to surrender to the Assyrians. So Sennacherib, the king of Assyria, sent his ambassador—the Rabshakeh—along with a huge army to Jerusalem to intimidate Hezekiah, and to persuade the people of God to think differently about their situation.

Once the Rabshakeh arrived outside the gates of Jerusalem, Isaiah tells us that he addressed the people Israel with a loud voice, informing them that their surrounding cities had been laid to waste, and that their city was next, unless, of course, they surrendered peacefully. And if they were to surrender peacefully, not only would they not be destroyed, but the King of Assyria would give each of them their own fig tree and vine from which to eat and their own cistern from which to drink. By making an agreement with the King of Assyria, they would no longer need to worry about their warfare, for they would receive care by the hand of a good shepherd who leads his sheep to a new land of promise, “a land of grain and new wine, a land of bread and vineyards” much like their own (36:10-17).

King Hezekiah had a decision to make. He and his people could surrender to the Assyrians, or they could repent before the Lord, ask for His help, and hope that the Lord would answer favorably according to their prayers.

Hezekiah made the wise decision and he went into the Temple and prayed. That night the word of the Lord came to Isaiah, and Isaiah let King Hezekiah know that the Lord heard His prayer and was pleased with it. And in response to his prayer, the Lord promised to end the war of the Assyrians against them. That night the angel of the Lord would pass over Jerusalem and plague the Assyrian armies, causing many to die and the rest to flee away from the city.

Jerusalem was then spared. Her warfare had ended. The Lord delivered His people once more from their enemies. Then it was time to celebrate the Lord’s victory.

All of these events I just described are recorded in the book of Isaiah, chapter 36-37, only a few chapters prior to our reading in Isaiah 40. And if you were to gloss over chapters 38 and 39, at first glance the message of Isaiah 40 seems to be describing that victorious event (i.e. that event of Jerusalem’s deliverance from Assyria). Consider how Isaiah 40 begins:

Comfort, comfort my people! says your God. Speak tenderly to Jerusalem, and cry to her that her warfare is ended, that her in iniquity is pardoned… (vv. 1-2)

Here the Lord declares that His people ought to be comforted by His good news, and His good news is this: her warfare has ended, and the Lord has pardoned her iniquity. That sounds like a reference to the warfare which ended in the previous story about the King of Assyria attacking Jerusalem.

Then Isaiah hears another voice crying out:

Clear the way for the Lord in the wilderness!
Make smooth in the desert a highway for our God!
…Then the glory of the Lord will be revealed, and all flesh will see it together;
For the mouth of the Lord has spoken.  (vv. 3-5)

Because Israel’s warfare is over, now the time has come to prepare a path for a procession of the Lord to His throne. The imagery of paving a highway for God through the wilderness is reminiscent of Israel’s exodus from bondage in Egypt, when God first claimed Himself as Israel’s King and carried them into the promised land. In chapters 36 & 37, we found a “Passover” theme: The people were in bondage and the angel of the Lord passed over His people, striking down all of Israel's enemies. Here in chapter 40, we find a clear “Exodus” theme. Here we see God leading His people in a victorious procession through the wilderness and into the promised land.

However, as I said a few moments ago, if you were to read Isaiah 36-37 and then gloss over chapters 38-39, Isaiah 40 seems to be describing that victorious event mentioned in 36-37. But Isaiah is not actually talking about Israel’s deliverance from the King of Assyria. And we know this because of chapters 38-39. In those chapters, Isaiah tells us a strange little story that doesn’t appear to be very important until we connect it with the message of chapter 40.

In chapters 38-39 Isaiah tells us that King Hezekiah became very sick and when the king of Babylon heard he was sick, he visited him and brought him lots of gifts; and Hezekiah not only accepted his gifts, he expressed his gratitude to the King of Babylon by giving him a tour through all of Jerusalem and even inside the Lord’s Temple, showing him all his treasures (Isa. 39). That action of Hezekiah provoked the Lord, and so the Lord sent Isaiah to give an important message to Hezekiah:

Behold, the days are coming, when all that is in your house, and that which your fathers have stored up till this day, shall be carried to Babylon. Nothing shall be left, says the Lord. And some of your own sons, who will come from you, whom you will father, shall be taken away, and they shall be eunuchs in the palace of the king of Babylon. (39:5-7)

And take special notice of Hezekiah’s following response as well (39:8). Then Hezekiah responded to Isaiah saying,

“The word of the Lord that you have spoken is good.” (For he thought, ‘There will be peace and security in my days.’)

This rise and fall of King Hezekiah, and God’s promise to send his people into exile in Babylon, is the background of our reading today from Isaiah (40:1-11). If we were to skip over Isaiah’s brief mention of Hezekiah’s sickness (Isa. 39), we would be missing out on the fact that this great promise of comfort was not supposed to be fulfilled in the days of Hezekiah, even though many people of Israel probably thought it was. Isaiah's proclamation of God's promise was for a future generation, long after the destruction of Jerusalem and Israel's exile to Babylon.

Even Isaiah seems to have believed God’s word of comfort was too good to be true. He hears a voice telling him to cry out God’s good news, but he doesn’t know if God’s message really is good news for his generation. “What shall I cry out?” Isaiah asks, for “all flesh is grass and all of its loyalty is like a flower of the field.” Isaiah knows that the people of Israel in his generation were not loyal to God. “Surely the people are grass,” Isaiah says. And just as surely as the people are grass who will fade away by the breath of the Lord,  so shall the word of the Lord stand firm. The days were coming when Jerusalem and the glories of its Temple would be carried away to Babylon, and nothing would be left; all would be destroyed, and the people of Israel would be taken captive to Babylon too.

Now, at this point you might be wondering what all of this has to do with Advent.

Advent is a season when we—people of God—are called to wait upon the Lord to enter our lives again. And as we wait up Him we’re supposed to be preparing ourselves for His coming by repenting of our sins and by meditating upon His promises.

Perhaps it’s best to answer those questions by imagining ourselves as the people of God in Isaiah’s day. Are we that much different than them? Are the people of God today much different than the flowers of the field in Isaiah’s day? When the Lord speaks to us—His people—addressing our foolishness directly, just as He did with His people in Isaiah's day, what is our response? Even when Hezekiah received a warning from the Lord directly, all he seemed to care about was peace and security while he was alive. Are our ways of thinking much different than Hezekiah's? Are we willing to sacrifice our time, energy,  and petty inconveniences to ensure greater peace and security for the next generation, or do we care more about having peace and security in our own lifetime at the expense of future generations?

When we want God to come to our rescue, of course then we pray fervently to Him, and we teach our children to pray too. When we need rescuing, then we wait attentively for Him to respond favorably to our prayers; but let's be honest: when God graciously delivers us from our sins, our tendency is to go right back to where we were before, to our old foolish ways. And to make matters worse, sometimes we don’t even seem to care much about what happens to the next generation because of our foolish sins. We care far more about what happens to us. We care far more about having peace and security in our lives, even if that means a future generation of God’s people would suffer from our foolish decisions today.

But Jesus wasn’t simply the fulfillment of God’s promises to Israel. Jesus was and is the glory of God revealed for all “flesh” to see (Isa. 40:5), therefore Jesus is the one for whom even the mountains of our world need to make room. Our world has mountains of pride, valleys of despair, crooked places of perversion, rough places of bitterness, but Jesus comes as our Word of comfort and paves a highway for us. He is the one who pays the penalty for our iniquity and delivers us from exile. His body, into which we have been baptized, is the Temple he destroyed and raised to life again. Jesus is the name above all names that we lift up without fear before the world, saying “Behold your God!”

Jesus is also the one who makes good on his promises as the King of kings. Jesus is the one who rules over all nations and subdues our enemies under His feet, declaring and end to our warfare. Jesus is the one who calls us to lay down our carnal weapons of warfare and surrender to His rule; and by surrendering to Him, he promises to fulfill His word as our good Shepherd, leading us to rest in his good land, a land of grain and new wine, a land of bread and vineyards.

And as we learned in our Epistle reading for today (2 Peter. 3:8-15a, 18), Jesus is not slow to fulfill this promise to us either. Rather, he is patient toward us, not wishing that any should perish, but that all should come to repentance.

Therefore, this is the message we ought to be proclaiming: Come to Jesus for your warfare to end and your iniquity to be pardoned. Repent and be baptized for the forgiveness of your sins. Confess your sins and surrender yourself unto God, then accept His invitation to feast on the grain and vineyards of His good land. Feast on the bread and wine which your King has prepared for you this day at His Table, so that you may grow in the grace and knowledge of our Lord and Savior Jesus Christ.

Heavenly Father, stir up your power, and with great might come among us; and, because we are greatly hindered by our sins, let your bountiful grace and mercy speedily help and deliver us; through Jesus Christ our Lord, who with you and the Holy Spirit, lives and reigns, one God, in glory everlasting. Amen.