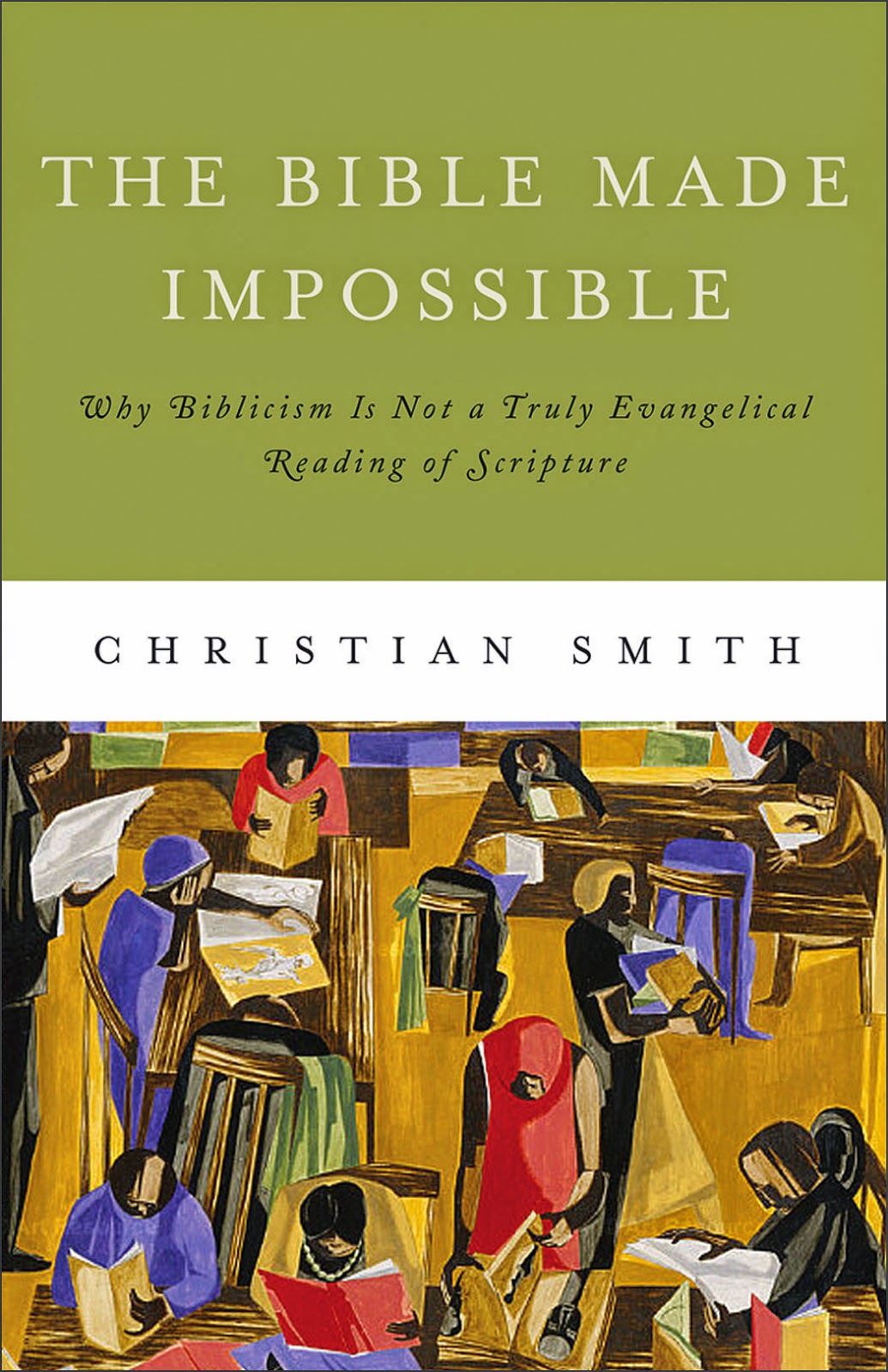 Commenting on God's communication to mankind as mediated through the Holy Scriptures, and the way "biblicism" often fails to understand and appreciate the differences of meaning communicated throughout Scripture, Christian Smith makes these fascinating observations:

Locutionary acts utter or inscribe words, illocutionary acts use uttered or inscribed words to perform communications concerning the purpose or disposition of the speaker or writer, and perlocutionary acts rely on uttered or inscribed words to accomplish a particular effect in the hearer or speaker. All of it concerns getting things done with speech. But the things gotten done are different in quality and "locution," even when they are all gotten done by means of a single speech act, such as uttering the phrase, "Let him have it."

The point of distinguishing these three speech acts is to help us to recognize that the use of speech to communicate is not a simple matter of speakers intending to make clear propositional statements that, when properly interpreted, reproduce the original propositional meaning in the minds of those receiving the statements. It is more complicated than that.

...The meanings of terms such as "error," "mistaken," "inaccurate," and "fallible" become not entirely straightforward when speech acts are understood in this way. Of course, certain kinds of cases can be straightforward about descriptive truth or falsehood. If the illocutionary action of the locution, "Jesus went throughout Galilee," for example, is to inform hearers or readers about actual events in specific locations, then if Jesus had never been to Galilee, the locution would be in error and the related illocutionary act would be performed fallibly. In such cases of reporting mistakes, the readers or hearers would then have good reason to increase their distrust of the speaker or writer.

But many cases of speech communication are not that simple. Consider some of the illocutionary acts named above [previously]: commanding, promising, warning, asking, assuring, appealing, criticizing, offering, honoring, bequeathing, and challenging. What would it mean for them to be in error or mistaken? Is it even strictly possible? Can a command itself be inaccurate? No. Commands can be unauthorized or misguided but not inaccurate. Can an appeal be mistaken? Not really. Appeals can be hopeless or unnecessary but not mistaken. Can a promise itself be in error? No exactly. A promise, by virtue of its own future orientation, may later prove to have been empty or untrustworthy. And present knowledge about the one making the promise may provide grounds to judge his or her promises as unlikely to be fulfilled. But promises as promises per se are not the sort of things that either entail errors or do not.

Given the richness of the variety of kinds of speech acts that appear to be at work in the Bible, therefore, it seems quite inadequate to try to describe or defend scripture's truthfulness, reliability, authority, and whatever else we might say on its behalf with single, technical terms like "inerrancy." That particular term---a favorite of many evangelicals---tends to zero in on matters of accuracy in reporting on facts and events as a matter of correspondence between propositions and the real states to which those propositions refer. But that term tends not to capture the multitude of other ways in which the locutions of texts and their illocutionary and perlocutionary acts may or may not be reliable, authoritative, compelling, powerful, inviting, and so on.

Imagine, for instance. that you comfort someone in distress over her deep personal loss and then the next day have her thank you profusely for your being so precise or aesthetically stimulating. It would not compute. Those terms would simply not capture the quality of the merits of your comforting actions that deserve appreciation and gratitude. "Inerrancy" often works like that.

Evangelical defenders of biblical inerrancy are used to the typical charge by more liberal critics that "inerrancy" is too strong, extreme, or demanding of a concept to accurately describe what the Bible is. What I am suggesting here is quite the opposite. "Inerrancy" is far too limited, narrow, restricted, flat, and weak a term to represent the many virtues of the Bible that are necessary to recognize, affirm, and commend the variety of speech acts performed in scripture. I suspect that most evangelicals, including biblicists, more or less intuitively know this. Nevertheless, lacking a richer and more appropriate vocabulary with which to work in thinking about and describing the Bible, far too many evangelicals---who understandably feel the need not to compromise on their "high view" of the Bible---stretch the technical term "inerrancy" to applications and meanings beyond its reasonable use value. But in the end it is not a helpful situation for enabling people to read, understand, and live from the Bible.

In sum, recognizing the distinctions between locutionary, illocutionary, and perlocutionary speech acts forces upon Bible interpreters a difficult set of questions. God may be doing quite different things by "saying" quite different things. So, we need to ask not only what the text appears to say in our English translations and what is as a locution apparently said in the linguistic context in which it was originally spoken or inscribed. We also need to consider what illocutionary and perlocutionary acts the writers and divine inspirer were performing in expressing their various locutions. They could often be any number of things. Insofar as the Bible is at once both a fully human and divinely inspired collection of texts, as evangelicals believe, we also need to ask whether the illocutionary acts of the human writer are the same as the illocutionary acts of God in inspiring them.

...The point of all of this is not to complicate scripture reading so much that we all collapse into exegetical despair, but rather to complicate the scripture reading of evangelical biblicists enough to provoke a shift away from their overconfident, simplistic readings of the Bible in problematic ways. It is never enough to argue, "Well, that's just what it says right there in black and white." If we believe that God wants to communicate to us through the mediation of the Bible, we have to ponder the various things God may be doing in, to, and among us through the locutions of scripture.1

Posted by Epexegesis at 7:34 AM
Email ThisBlogThis!Share to TwitterShare to FacebookShare to Pinterest
Labels: Biblical Interpretation, Epexegesis, Ethics