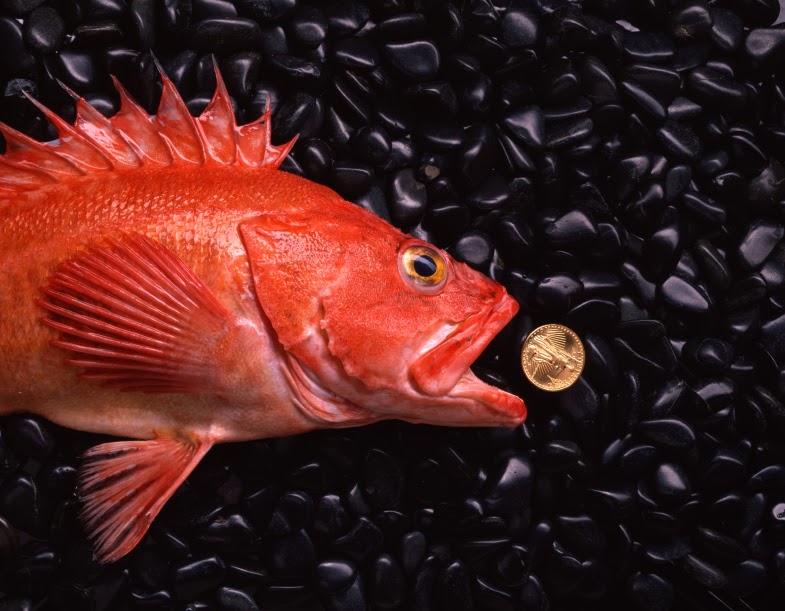 In Matt 17:24-27 Peter is confronted about his "teacher's" doctrine about paying the annual temple-tax, and then Jesus has a talk with him about it privately afterward. As I was studying the background to this passage, I learned that the "liberal" Sadducees disapproved of this temple-tax, and members of the "separatist" Qumran community only paid it once in a lifetime because it was thought to be a recent Pharisaical institution accepted under Roman Law. The "conservative" Pharisees based their promotion of the Temple-Tax on Torah regulations from the book of Exodus, and it was in their favor to promote the upkeep of Herod's monumental Temple in Jerusalem. Of course, the upkeep of the temple had its advantages for the Roman empire as well. But it was especially a win-win situation for the Pharisees because the priests and Rabbis among them were exempt from the temple tax, whereas all others throughout the region had to pay it begrudgingly.

Jesus and Peter both seem to recognize this kind of favoritism in their day. Jesus asks Peter if the "kings of the earth" exact taxation from their children or from others in their land, and Peter's response is short and to the point: certainly not from their own children, but from others instead. In context it seems that Jesus speaks of "children" and "others" to distinguish between those close to kings--those favored like family--and those who are likened unto servants and serfs. Jesus then argues somewhat strangely, as though he has this cultural favoritism in mind. Yet it's not entirely clear as to how he's associating himself and Peter with the favored "sons." He states conclusively that "the sons are free," but then he tells Peter "however, just so we don't lay a stumbling-block before them," give them a shekel (v. 27). It's taken for granted that "sons" don't have to pay the temple-tax because they are family among the kingdoms of the earth. But Jesus says 'however, let's pay it,' implying that this principle applies to his kingdom as well. Perhaps Jesus is implying he is the King of kings, and all tribute belongs to his Kingdom primarily, and so the children of his kingdom are exempt. That's one possibility. Or perhaps the implication is that he is the Son of Yahweh, a chief Rabbi and Priest of the Most High God whose house (the temple) is receiving the collected tax, and therefore he and the children of Yahweh's house are exempt in a similar way with the favored "sons" in his day. Either way, both of these views assume that Jesus is implying his own freedom and the freedom of those "sons" in relation to Him. This is a very common interpretation among expositors. However, I favor a third alternative.

It does seem that Jesus is contrasting "sons" of one kingdom with "sons" of another, but as I see it, Jesus' focus is on the "sons" of a kingdom that is not of his own. Jesus says that "the sons are free….and in order to not lay a stumbling-block before them" he thinks it's best to pay them the shekel they require of him. In this statement, the "sons" are those collecting the tax from Jesus and Peter, and they are the free ones. In other words, this confrontation of Peter and his teacher (Jesus) demonstrates that they are of another kingdom, and that they know they are not favored like family among the kings of the earth. Jesus is not acknowledged as the King of kings and Lord of lords as he ought to be, nor is Peter acknowledged as having the keys to the kingdom of heaven, which Jesus stated a few verses before this (16:18-19).

This direct challenge of Jesus' kingdom and Kingship, and even Peter's apostolic authority, is even more clear when the literary structure of Matt. 16:13-17:27 is examined closely. Matthew lays out this section with a neat chiastic structure. Notice the common words and phrases in between A and A', indicating that they were intended to be mutually interpretive:


With these parallels in mind, it seems that Jesus addresses Peter with his previous conversation in mind. Jesus had already told Peter about his soon-coming death and resurrection on the third day, and that he would give Peter the keys to the kingdom of heaven. However, when Peter is confronted by tax-collectors, Jesus realizes that their interrogation of Peter was a challenge to his earthly authority. Jesus and his disciples are not treated as "sons" of the present kingdom because they were not. They were "sons" of another kingdom, a kingdom in the world but not of the world. Peter was interrogated about his "teacher" (Jesus) paying the temple-tax, but Jesus viewed their interrogation as a trap of sorts, indicating that increased hostility toward Jesus was immanent if he refused to support their kingdom.

This idea of entrapment is even more noticeable when the Greek text is examined closely. Jesus miraculously provides a shekel to cover the temple-tax, and the ESV translates his concluding remarks in verse 27 this way:

Take that [shekel] and give it to them for me and for yourself.


However, Jesus does not tell Peter to give the shekel to them "for" himself and  "for" Peter. The literal rendering of what Jesus said was this:

Take that [shekel] and give it to them instead of me and you.

Jesus tells Peter to pay it "instead of" (Greek: ἀντὶ) himself and Peter, paying in the place of himself and Peter. (The second appearance of the word "for" in the ESV is not in the Greek text at all.) According to the Greek text, one can hardly miss the notion of "ransom" behind Jesus' words. Jesus knows he is soon to be delivered into the hands of the elders and chief priests and scribes (16:21; 17:22), and they will kill him, and he will be raised on the third day (vv. 22-23). But Jesus knows it's not that time yet. First he must inspect his Father's house for the way they abuse the tax, making the temple a den of robbers instead of a house of prayer. First he must confront the rulers of Israel and condemn them as faithless sons of the kingdom. First he must tell them that the kingdom of God will be taken away from them and given to a people producing its fruits. Then he will give his life as a ransom for many. Then he will deliver himself as a tribute offering required for the building of Yahweh's house.

Posted by Epexegesis at 9:37 AM
Email ThisBlogThis!Share to TwitterShare to FacebookShare to Pinterest
Labels: Biblical Interpretation, Epexegesis, Literary Structure, Matthew