Pregnant with the extraordinary

Since it's the season of Advent, I've decided to pick up where I left off a few months ago and post a few things on my mind concerning the birth narrative of Jesus. A few months ago I wrote a post called "Israel's Expectation," and it was about the opening genealogy of Matthew's gospel and how his central focus in structuring that genealogy in it's peculiar fashion was to shed light upon Jesus as the promised King after a long eclipse of rightful heirs who had not been seated on the throne of David. But after reviewing that post again I noticed that I did not mention something which most commentators do. I did not mention the peculiar oddity of inserting female names into the genealogy which, at first glance, appears to be added by Matthew without any rhyme or reason. And to be quite honest, the rhyme and reason for these female names only recently dawned on me. And I don't know why it was only recently. I suppose I just held a long-time assumption that the listing of women was of tertiary importance. I vaguely remembered a couple biblical commentators mentioning a reason or two for Matthew's insertion of these four women in his listed genealogy, but I suppose I was just tired of hearing the same old pastoral explanations about how Tamar, Rahab, Ruth and Bathsheba were all sinners in need of grace, mercy, forgiveness, blah, blah, blah. The reason why it finally dawned on me to reconsider the importance of these listed women is because of a recent sermon preached at Christ Covenant Church of Chicago, which is the church of which my family are currently members.  I ordinarily don't take notes in worship, but when I do, I remember them for future use. And that Lord's Day I left with a rhyme and reason for Matthew's insertion of female names. And so, here I am sharing a bit of it with you all.

As I mentioned a moment ago, I sometimes get tired of preaching and teaching that's just blah. That's right, I said blah. And when I say blah, in this context I mean boring and unsatisfactory content that every Christian knows and doesn't need to be reminded of if the author of Scripture himself is not very clear about emphasizing it first. Ordinarily, pastors and teachers preach about Matthew's genealogy with lots of blah by merely focusing upon God's grace in saving sinners. Bathsheba, after all, is mentioned, and as we all know, she was a sinner; so Matthew's point in listing her within the genealogy must be to teach that God saves sinners, blah, blah, blah. Others preach blah with a reminder of God's desire to break down the barriers between Jew and Gentile. After all, Ruth was a Moabite, and Matthew's point in listing her name must be to emphasize the breakdown of Jew/Gentile hostility, blah, blah, blah.  In case I haven't already made my point clear enough, below are a few examples of blah-messages from some popular Christians. Commenting on Matthew 1:5, which mentions Rahab and Ruth, the famous evangelist, Charles Spurgeon, wrote:

We note that two women are mentioned in this fifth verse: a Canaanite and a Moabitess. The Gentile blood mingled with the Hebrews strain. Our King has come to break down the partition wall. As Gentiles we rejoice in this.1

While it is true that both Jews and Gentiles have much to rejoice in now that our King has come, I don't think that was Matthew's point. Instead of focusing upon the Jew/Gentile distinction, John MacArthur prefers to emphasize that Matthew's purpose for including four scandalous women was to magnify God's grace. He writes:

This focus of interpretation is nothing new to the history of Christian commentators. Severus of Antioch, a fifth century founder of the Syriac Orthodox Church, took a similar route, only he emphasized Matthew's message as that of graciously cleansing and healing sinners. Commenting on Matthew's insertion of Tamar and Bathsheba, Severus wrote:

It is for this reason that in this genealogy the Evangelist mentioned in his list even those who had shocking carnal relations that were in appropriate and outside the law. For Matthew wrote with due deliberation. ...These were women with whom they became united by fornication and adultery. By this means the genealogy revealed that it is our very sinful nature that Christ himself came to heal. ...Christ therefore took upon himself a blood relationship to that nature which fornicated, in order to purify it. He took on that very nature that was sick, in order to heal it. He took on that nature which fell, in order to lift it up. All this occurred in a charitable, beneficial manner wholly appropriate to God.3

Most notable in its details is the lengthy commentary offered by D.A. Carson:

Inclusion of these four women in the messiah's genealogy instead of an all-male listing (which was customary) -- or at least the names of such great matriarchs as Sarah, Rebekah, and Leah -- shows that Matthew is conveying more than merely genealogical data. Tamar enticed her father-in-law into an incestuous relationship (Gen. 38). The prostitute Rahab saved the spies and joined the Israelites (Josh 2, 5); ...Ruth, Tamar, and Rahab were aliens. Bathsheba was taken in to an adulterous union with David, who committed murder to cover it up. Matthew's peculiar way of referring to her, "Uriah's wife," may be an attempt to focus on the fact that Uriah was not an Israelite but a Hittite (2 Sam. 11:3; 23:39)...

Several reasons have been suggested to explain the inclusion of these women. Some have pointed out that three were Gentiles and the fourth probably regarded as such. ...Others have noted that three of the four were involved in gross sexual sin; but it is highly doubtful that this charge can be legitimately applied to Ruth. As a Moabitess, however she had her origins in incest (Gen. 19:30-37)...

A third interpretation holds that all four reveal something of the strange and unexpected workings of Providence in preparation for the Messiah and that as such they point to Mary's unexpected but providential conception of Jesus.4

R.T. France seems to provide the most concise summary of Matthew's inclusion of the four women. He notes that:

But the four mothers selected for mention form a striking group. Probably all four were non-Jews (Tamar was a local girl, so presumably a Canaanite, Gen. 38:11, 13-14; Bathsheba was the wife of a Hittite), indicating Matthew's interest in the universal relevance of Jesus' coming; and in each case there were at least suspicions of some form of marital irregularity, though all four form an impressive precedent for Jesus' birth of an unmarried mother from an obscure background.5 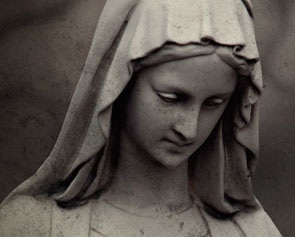 When preachers like Spurgeon and MacArthur emphasize the grace of God in saving sinners and breaking down the partition wall between Jew and Gentile, that's all fine and dandy, but it's probably not Matthew's reason for including the four women in the narrative. And in actuality, Matthew's genealogy does not list four women anyway. It lists five women. Mary is the fifth woman listed at the very end of the genealogy, and presumably Mary is mentioned for the same reason as the other four women. "What is that reason?", one might ask. Simply put, all five female names prepare Matthew's Palestinian-Jewish audience for a shockingly scandalous event governed by the very hand of God. Surely many Jews in Judea were not familiar with Mary and her personally scandalous story before Matthew addressed his gospel to them, but they would have been familiar with the scandalous speculations and traditions surrounding Tamar, Rahab, Ruth, and Bathsheba. In other words, Matthew was ready to tell the truth about Jesus' birth from a virgin woman named Mary, as well as his miraculous conception "from the Holy Spirit" (Matt. 1:20). But in order to prepare his audience for a magnificently true story such as this, some echoes of invaluable information from Israel's history were in order.

Tamar is the first name listed in passing, and her story is undoubtedly sad and disturbing because of Judah's sinful refusal to give his son to her in marriage that she may bear the promised seed of Abraham (Gen. 38:26). Nevertheless the promised seed was passed through the line of Judah as promised regardless of her deception of Judah and taking advantage of one of his known lusts by pretending to be a prostitute. Likewise, Rahab the prostitute has always been associated with a scandalous lifestyle because of her previous "career" in the land of Canaan. But she repented and eventually married into the house of Judah. Ruth, a widow sojourning in the land of Moab who was also scandalized because of her loss of a husband, lack of children, and complete economic poverty, had no part of the seed of David until Boaz, of the house of Judah, married Ruth and redeemed her by purchasing all the debt and inheritance of her Israelite step-family. The fourth on the list is Bathsheba. But she, of course, was originally the wife of Uriah the Hittite, as Matthew points out. King David, who owed every aspect of his life and kingdom to the Lord, stole Uriah's wife and murdered her husband, and was judged by the Lord for it. Nevertheless, such an enormous scandal among men did not hinder God's promise or providence.

Finally, the list ends with an obscure woman named Mary. Who is she? And why is she listed among the other four women? 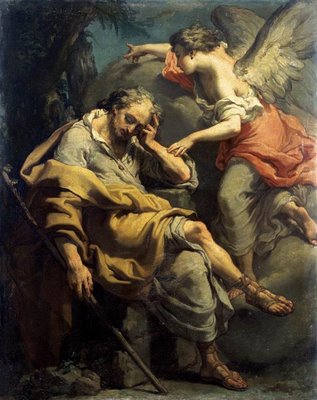 Well, apparently Mary is mentioned because she too has a story which can be viewed as providentially scandalous in the eyes of Israel. Mary, after all was a virgin (1:23), and Joseph knew that he was not the father of her child (1:18-19). But nevertheless, instead of making up a story to deceive the public -- like a claim that Joseph was Jesus' biological father, or that Mary really had an affair with another man -- Matthew simply highlights Mary's story with the shocking truth that Jesus, the promised King and Messiah, was anticipated as being providentially scandalous in the eyes of the public too. But just as the other four women are only mentioned in passing to highlight this general notion of scandalized providence, so Mary is mentioned only briefly for the same reason. In fact, the focus of the genealogy and birth narrative in Matthew's gospel has more to do with Joseph and his legal adoption of Jesus, the son of Mary, than it has to do with Mary herself. The mention of all five women in the genealogy is to intentionally associate them all together with regard to the promised Kingly seed that God began fulfilling with Abraham and then afterward through the line of Judah.

Surely God's sovereignty and God's grace in saving sinners is in the background of Matthew's mind when recording this historical narrative. But that's in the background of all Scripture, and it's not something explicitly emphasized by Matthew, so I recommend using caution with that kind of exclusive emphasis while interpreting the genealogy. The most natural interpretation of selecting five scandalously providential women together, and placing them within the grand opening of Matthew's gospel, is to prepare Matthew's Palestinian-Jewish audience for a story that is pregnant with the extraordinary.