Your Comfort and Salvation 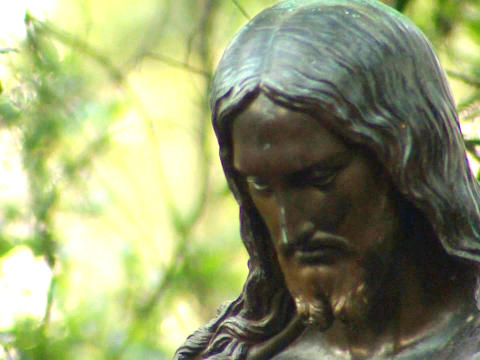 I recently came across a quote from John Bunyan (author of The Pilgrim's Progress) during my morning devotions, and it made me think about Jesus standing before the throne of his Father the day after he was crucified. And so I decided to post it the day after Good Friday:

Christ stands as our advocate alone before God's bar and pleads before the Father. Whatever can rightly be charged upon us, he accepts the whole charge upon himself, acknowledging the crimes to be his own. And this, he must do. If he hides the sin, or lessens it, he is faulty; if he leaves it still upon us, we die. He must then take our iniquity to himself, make it his own, and so deliver us. Having thus taken the sin upon himself, as lawfully he may and lovingly he does -- "for we are members of his body" (it's his hand, his foot, his ear that has sinned) -- it follows that we live if he lives; and who can desire more? What comfort this is in a day of trouble and distress for sin!

As a sacrifice, our sins were laid upon him (Isa. 53). As a priest, he bears them (Ex. 28:38). As our advocate, he acknowledges them to be his own (Psa. 69:5). Having acknowledged them to be his own, the quarrel is no more between us and Satan, for the Lord Jesus has adopted our quarrel, and made it his. O blessed God! What a lover of mankind you are! And how gracious is our Lord in thus managing matters for us? The Lord Jesus after having thus taken our sins upon himself, and presented God with all the worthiness that is in his whole self for us; in the next place he calls for justice, or a just verdict upon the satisfaction he has made to God and to his law. Then the proclamation is made in open court, saying, "Remove the filthy garments"--from him that has offended--"and I will clothe you with pure vestments" (Zech 3). Look then to Jesus if you have sinned. Look to Jesus as an advocate pleading with the Father for you. Look to nothing else for he knows how, and that, by himself, to deliver you; yea, and he will do it in the way of justice, which is a wonder; and to the shame of Satan, which will be God's glory; and also to your complete deliverance, which will be your comfort and salvation.1